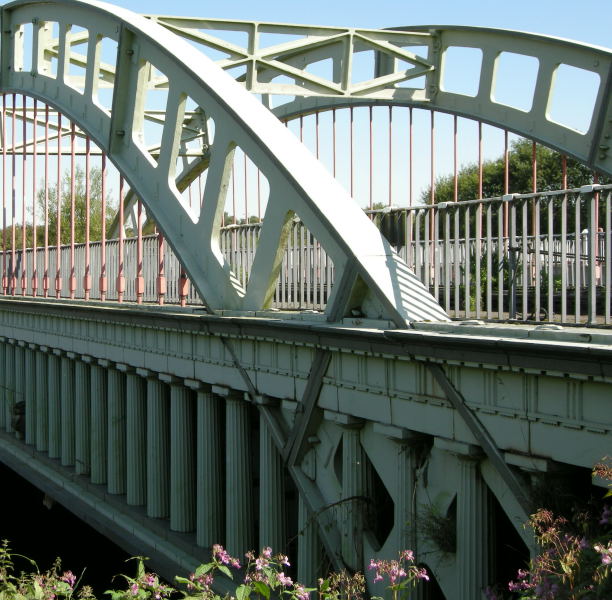 A mixture of function and facade 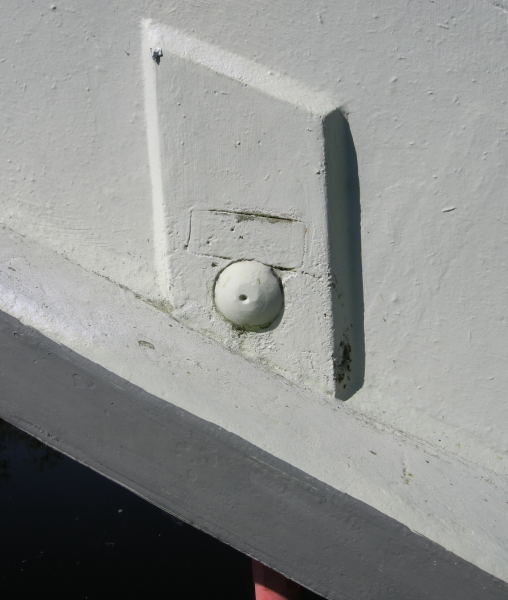 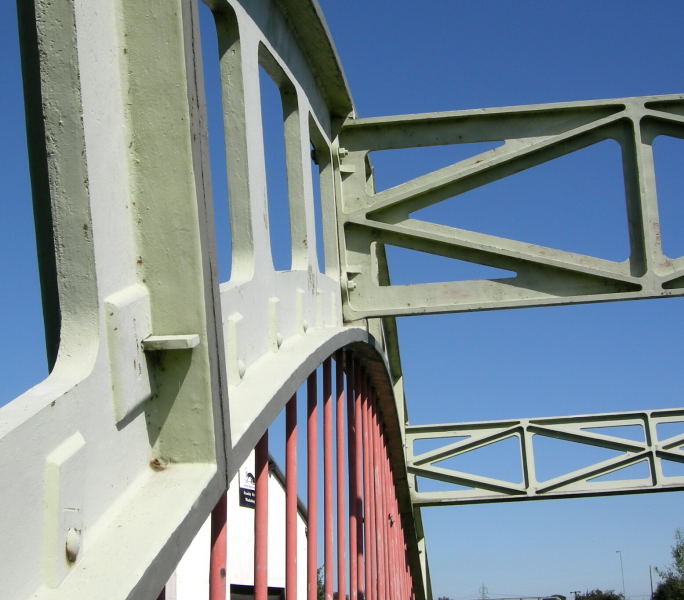 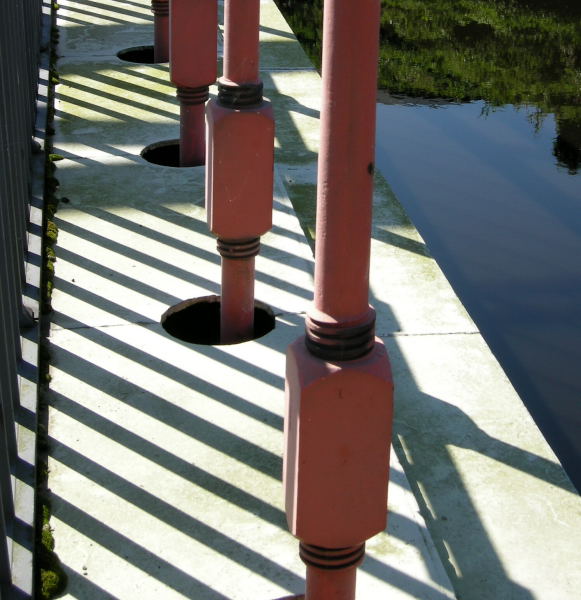 Turnbuckles for tensioning the tie bars

Stanley Ferry Aqueduct was built between 1836 and 1839 to take the Aire and Calder Navigation over the River Calder in West Yorkshire, England. It is one of the earliest through arch bridges in the world and is considered to be the largest aqueduct executed in cast iron.

Designed by George Leather, the aqueduct has a span of 165 ft, a width of 24 ft and a depth of 8.5 ft. The ironwork was produced by Graham and Co (of Milton Iron Works), and the aqueduct was constructed by H. McIntosh,

It is still in use today, though an additional wider concrete aqueduct was constructed alongside in 1981 and the bridge was then renovated.

Stanley Ferry is also the place where the 'Tom Pudding' tub boats were loaded with coal from local collieries between 1863 and 1985 and transported down to Goole in long trains by canal.

The site is one of three historic fords crossing the River Calder near Wakefield. Because the water was deepened for navigation a ferry became necessary, but was replaced by the first bridge in 1879.