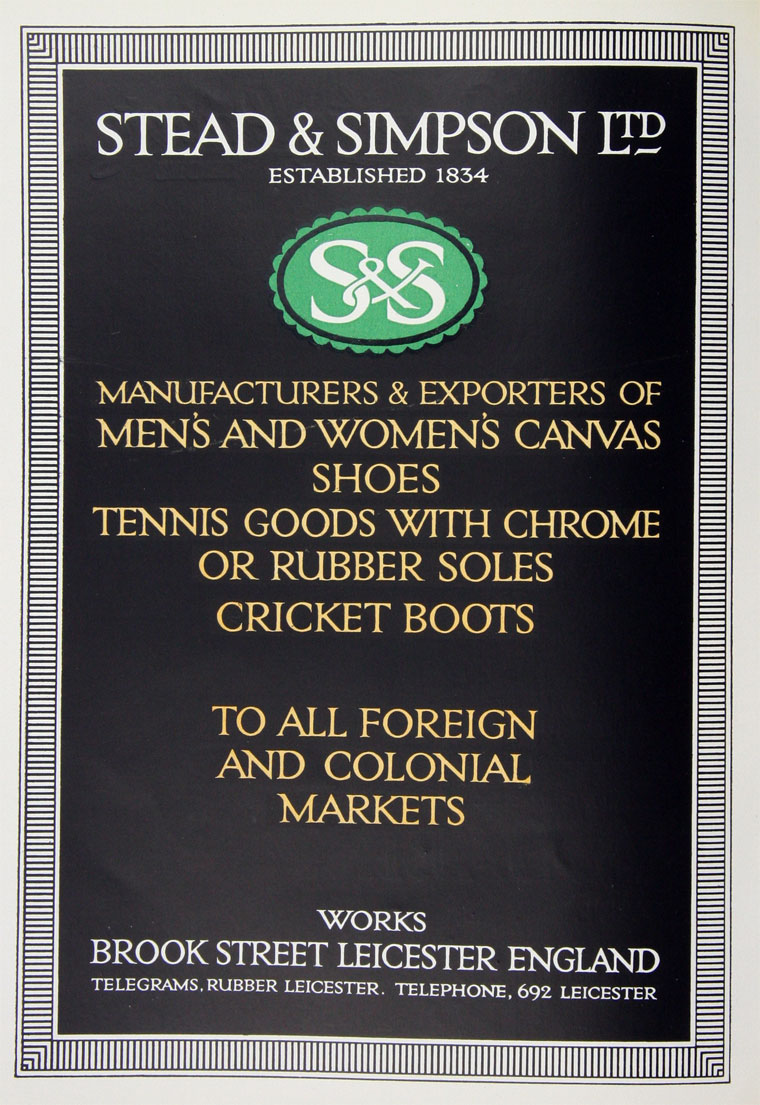 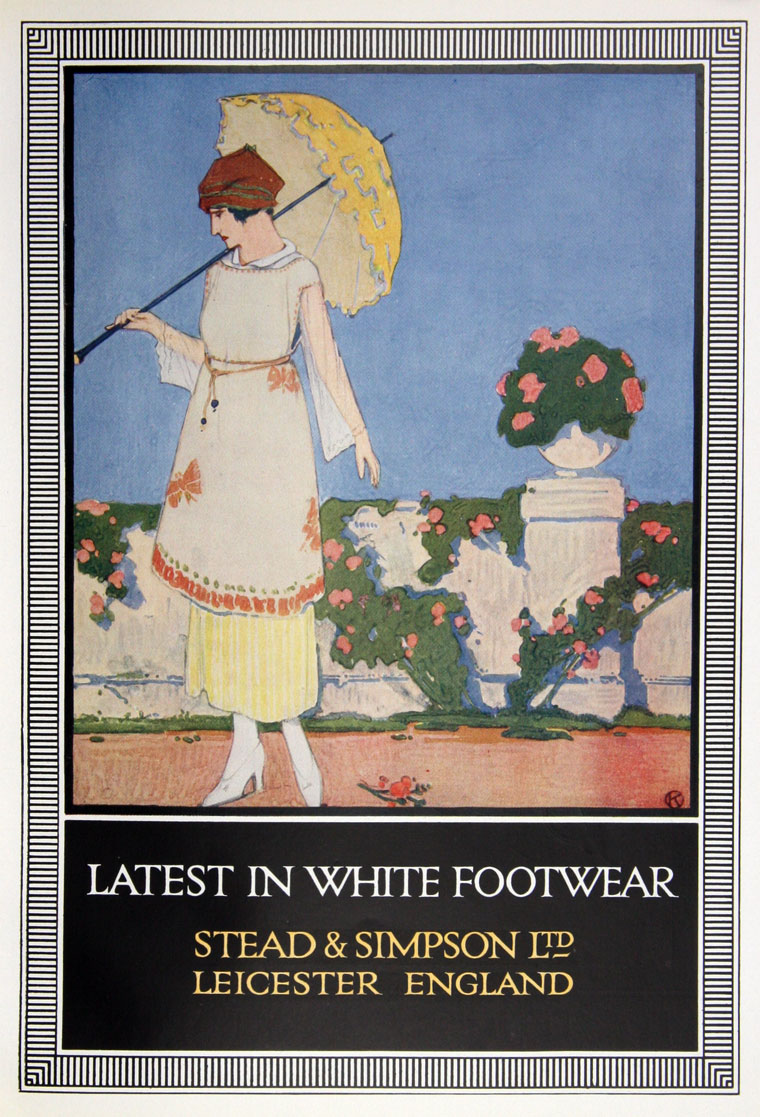 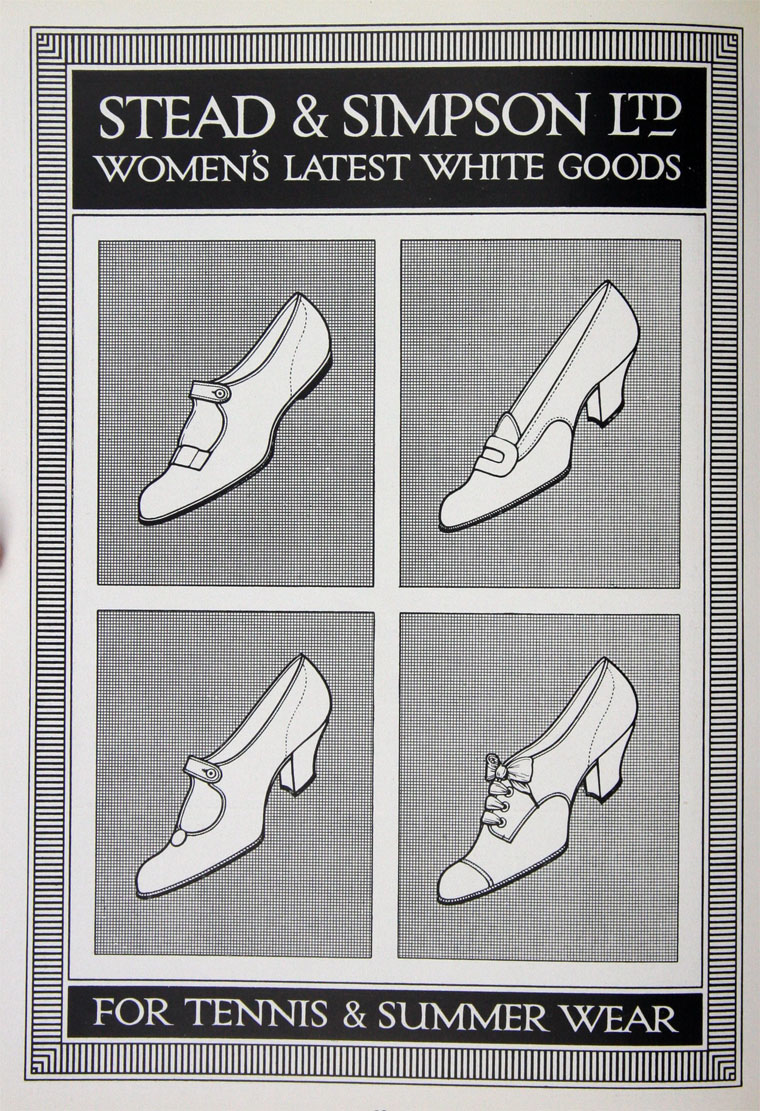 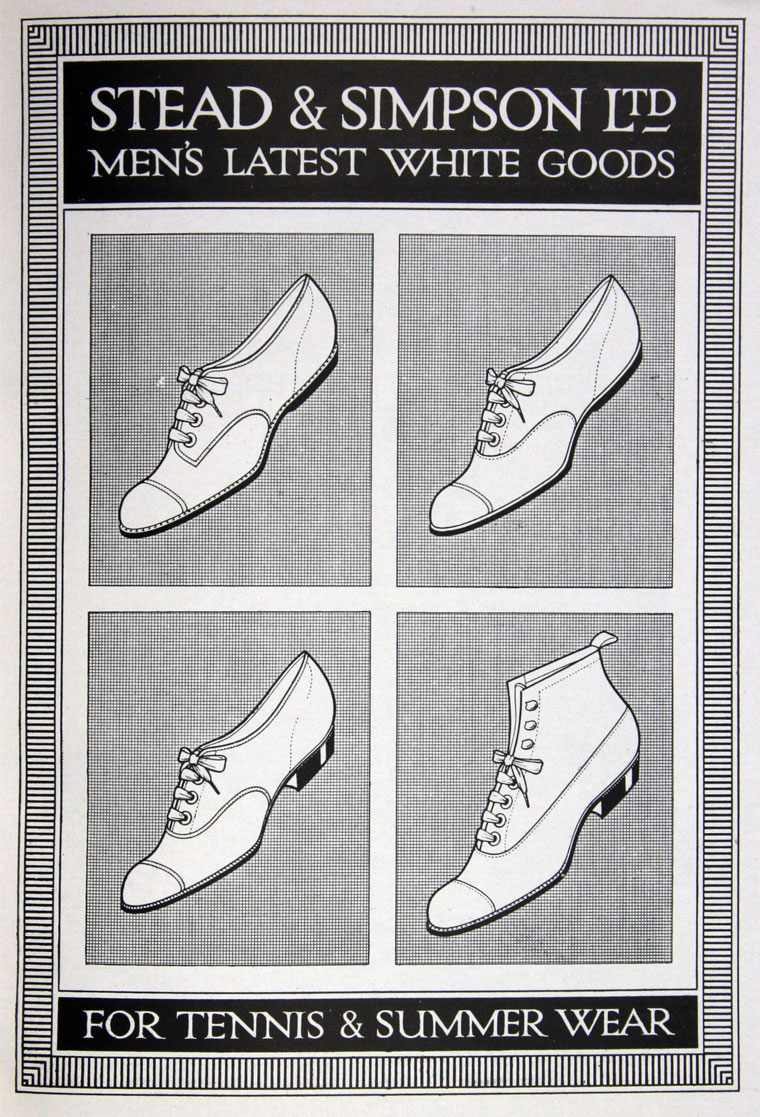 of 12 Belgrave Street, Leicester and of Leeds.

Stead and Simpson Ltd. was founded in Leeds by Edmund Stead 1804-1881, Morris Simpson (1809-88), and his younger brother Edward Simpson (1818-1904). The company began as curriers and leather dealers, with a leather warehouse at 132 Kirkgate and a manufactory at Horse and Trumpet Yard, Upper Headrow, both in central Leeds. They sold their products ‘wholesale to the shopkeepers and dealers who were trading with them at that time in leather and bootmakers' requisites’. [1]

Morris Simpson left the partnership in 1844, at about the time a branch factory was established in Daventry.

In 1853 the company opened a new branch in Leicester, as curriers. They were foremost in introducing the Blake sewer (invented by the American Lyman Blake for stitching soles to leather uppers) into Leicester.

By 1863 the branches in Leeds and Leicester were flourishing and to deal with the management and organisation of the firm each of the partners brought in one of their nephews: Harry Simpson Gee to control the branches and Richard Fawcett as a salesman and traveller. Harry Simpson Gee moved the main headquarters of the business to Leicester, though the Leeds business remained active for several decades. The company supplied boots to the Confederate army in the American Civil War. In 1863 they employed 120 women at Leicester.

1889 The company was registered on 31 July, to acquire the business of tanners, curriers, shoe and boot manufacturers, carried on under the various styles of Stead, Simpson and Nephew, Stead and Simpson and the Leicester Rubber Co. [2] The remaining founding partner, Edward Simpson, retired from the company around this time, and died in 1904.