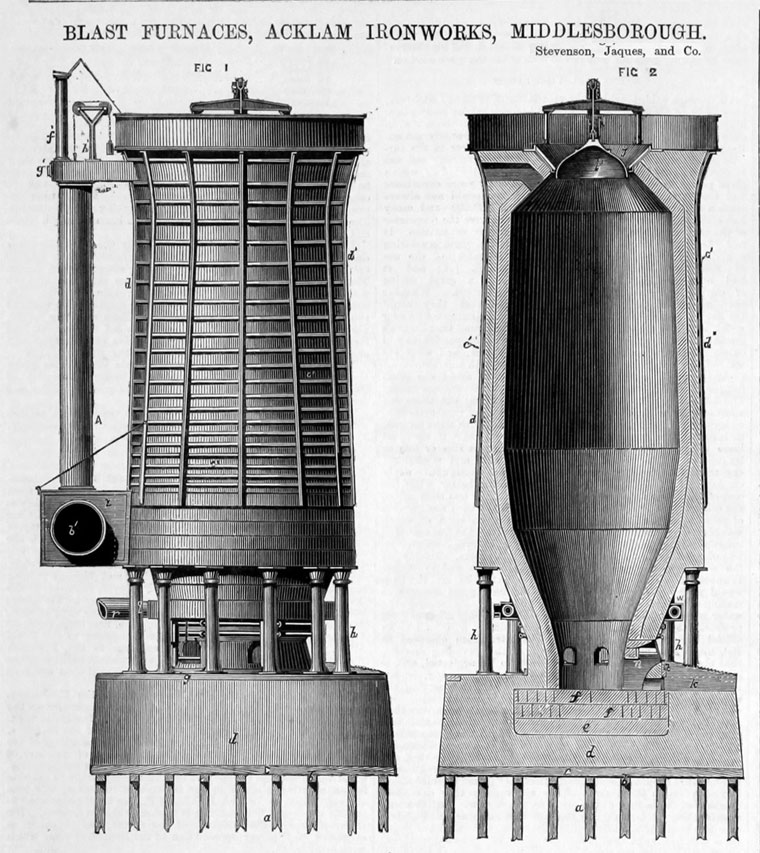 1865 John Stevenson was one of the partners in Stevenson, Wilson, Jaques and Co who founded Acklam Iron Works

1869 A new furnace was being installed for Stevenson, Jaques and Co, to make pig iron[2]

1877 Petition for winding up the company presented by John Stevenson, of Middlesbrough, Ironmaster, Richard Machell Jaques, of Richmond, Ironmaster, and Joseph Dodds, of Stockton-on-Tees, M.P., in copartnership as Ironmasters, under the style or firm of Stevenson, Jaques, and Co.[3]