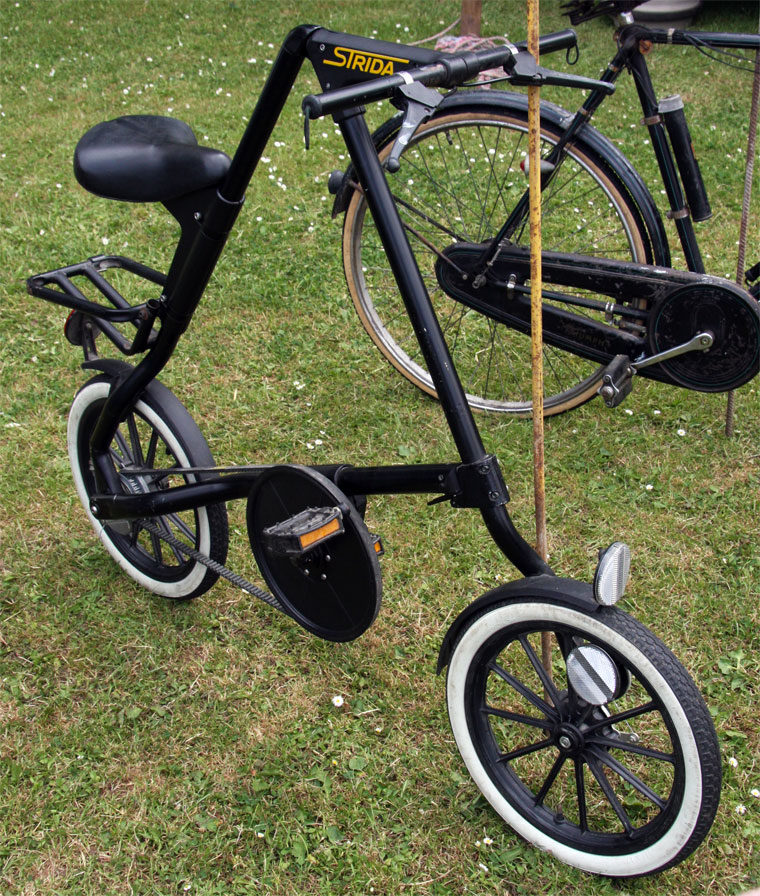 Aluminium Frame commuter folding-bicycle launched in 1987 with rubber belt drive, designed by Mark Sanders in 1984 after enrolling for an Industrial Design Engineering program.

By 1992 over 25,000 had been sold worldwide with production moving from the UK to Portugal and back to the UK in 1997 when Roland Plastics took over production. In 2000 the rights [now Version 3] were bought by an American Company, Steedman Bass who in 2002 took manufacture to the Ming Cycle Co in Taiwan.

Version 5 was introduced in 2007 and currently an EVO version is available. [1]