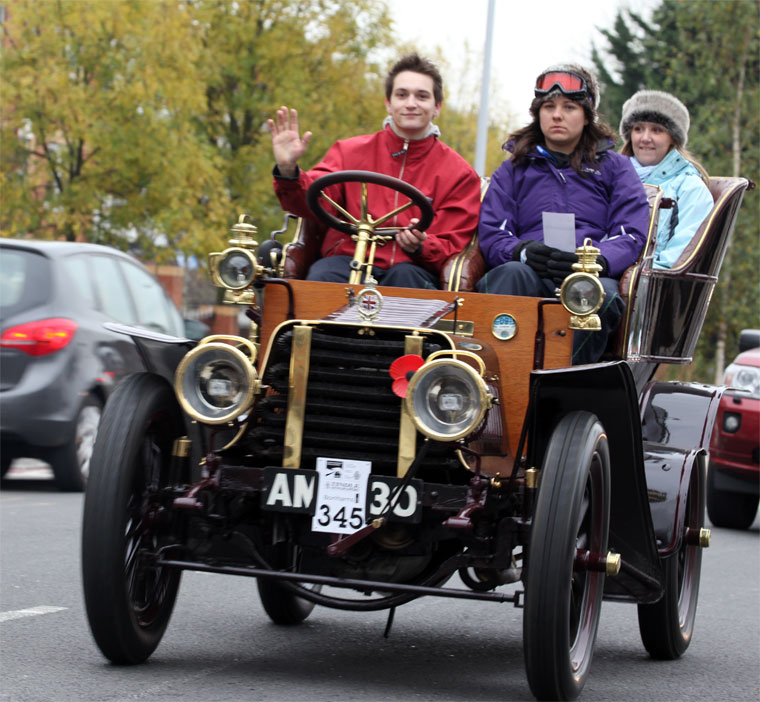 Note: This is a sub-section of Sunbeam

The car was supplied new to Capt. Sir Robert Keith Arbuthnot RN of Beach Mansion, Southsea, Hants. Arbuthnot had been promoted to the rank of Captain in 1902 and required a car befitting his new status. The Sunbeam was registered EI 8 in County Sligo, Ireland, on 18th January 1904.

The car passed in August 1905 to James G. Riadone of Havant, Hants.

November 1909 it passed to T. Bentley of London Road, Chippenham, a baker and motor accessory dealer. The original colour of this car in all early surviving records is shown as khaki.

Thomas Bentley registered the car with his local Wiltshire registration office and was allocated the number AM 1530. The Sunbeam was used for bread deliveries and car hire work before being laid up at the commencement of hostilities in 1914.

It was never recommissioned following The Great War and remained in the Bentley family ownership until 1950 when it was acquired by local VCC stalwart Hector Simons, later passing through the family to Anthony Simons who sold the car to the late John Carter in 1983.