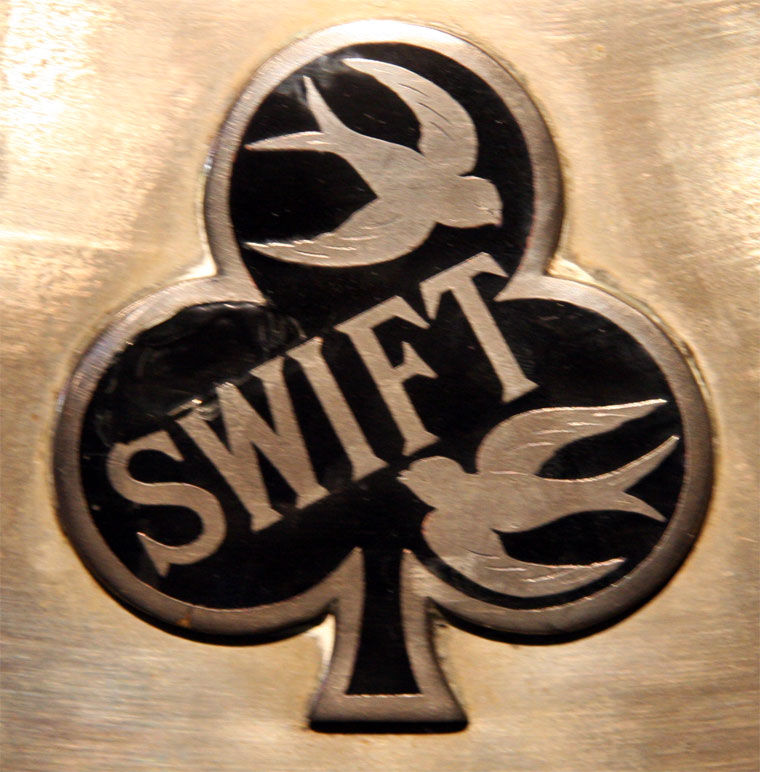 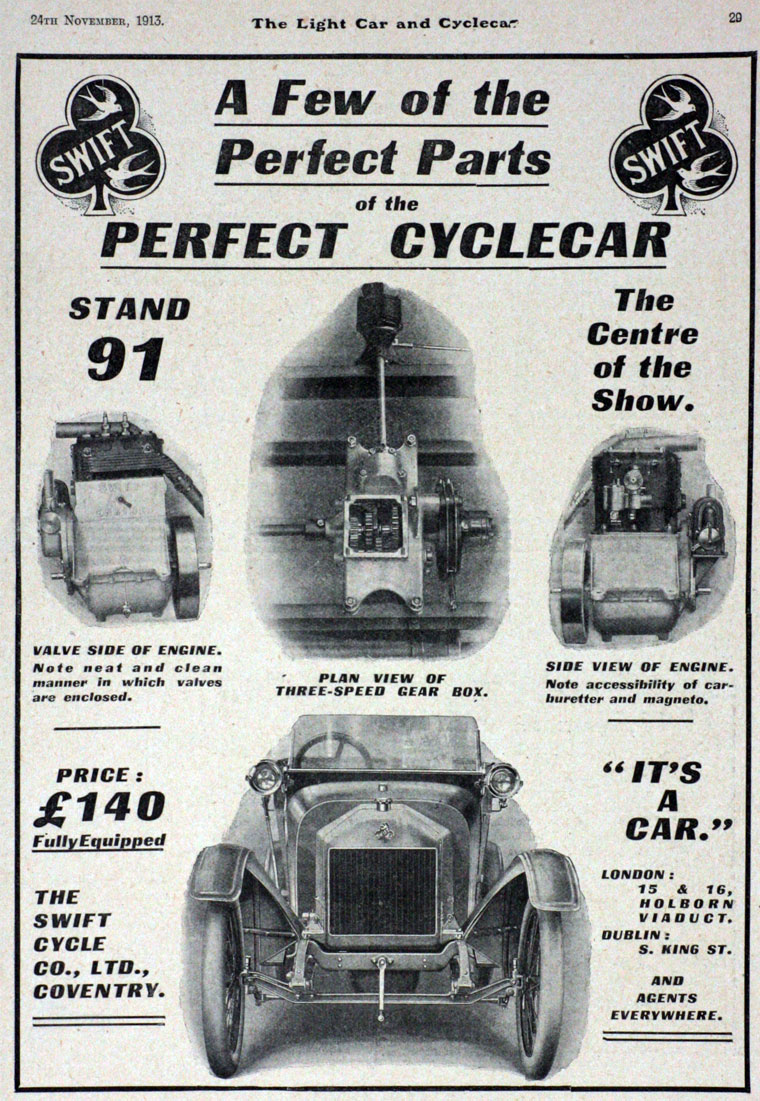 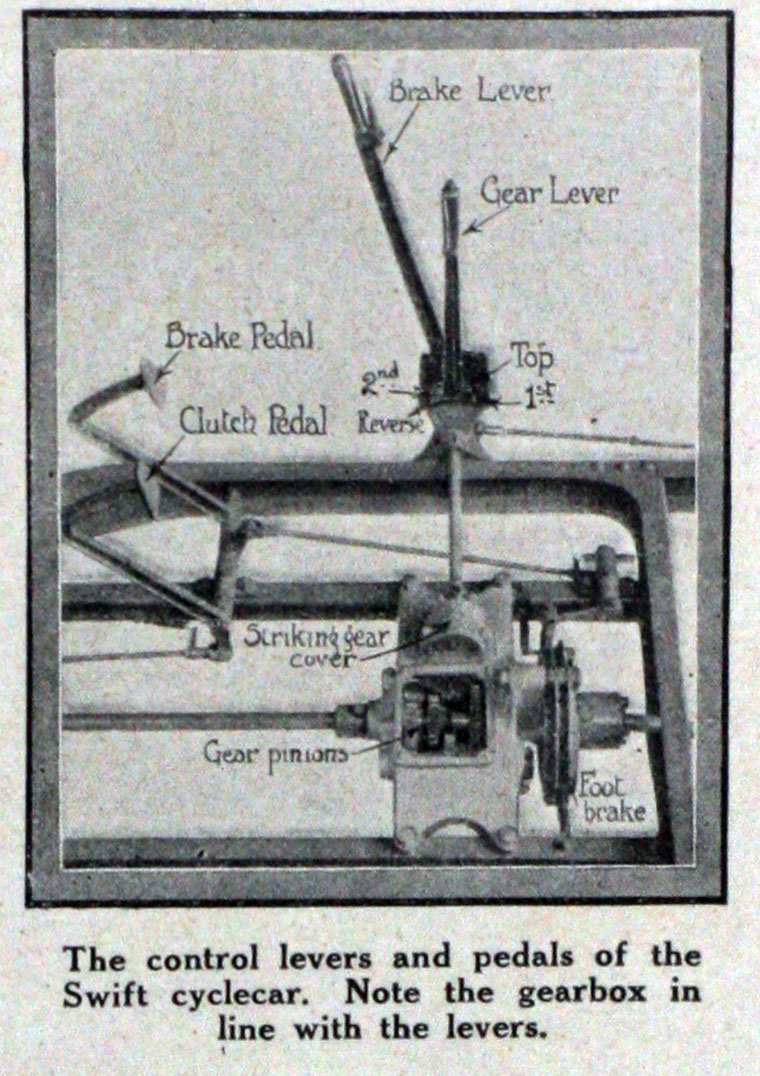 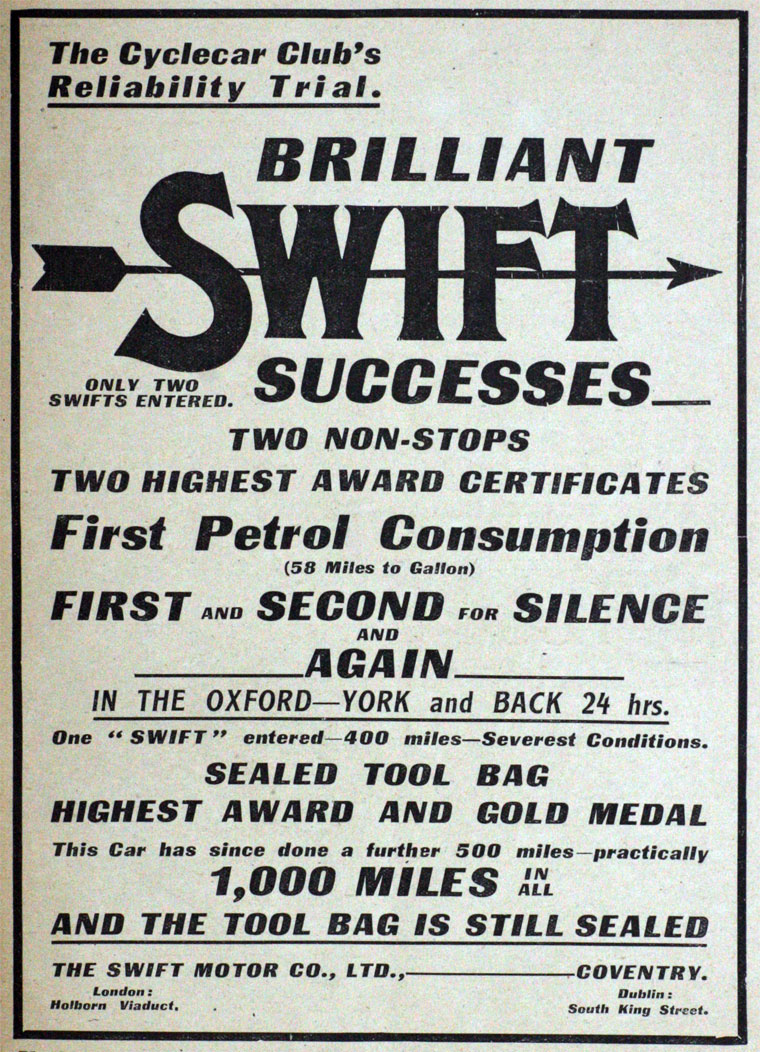 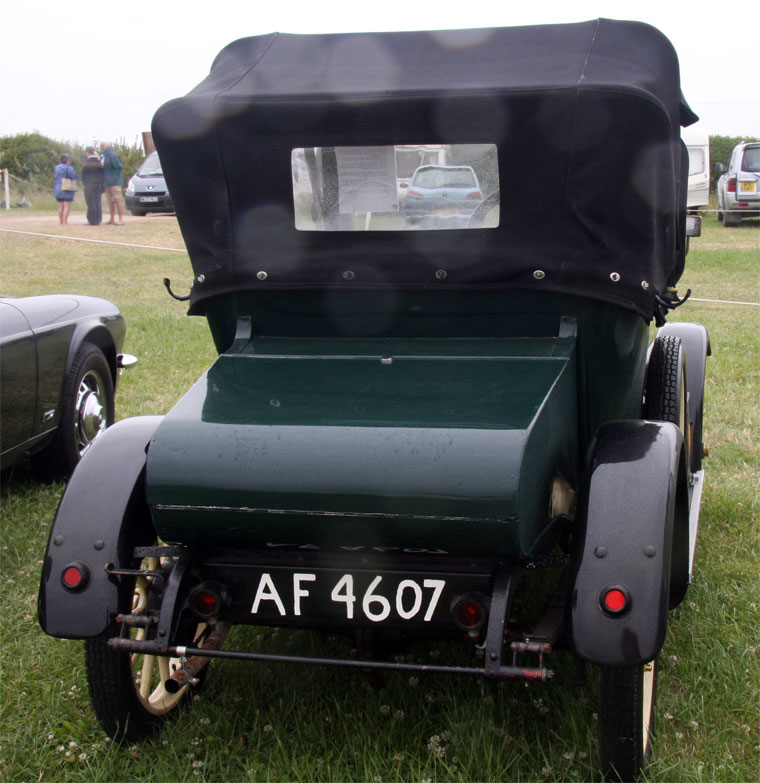 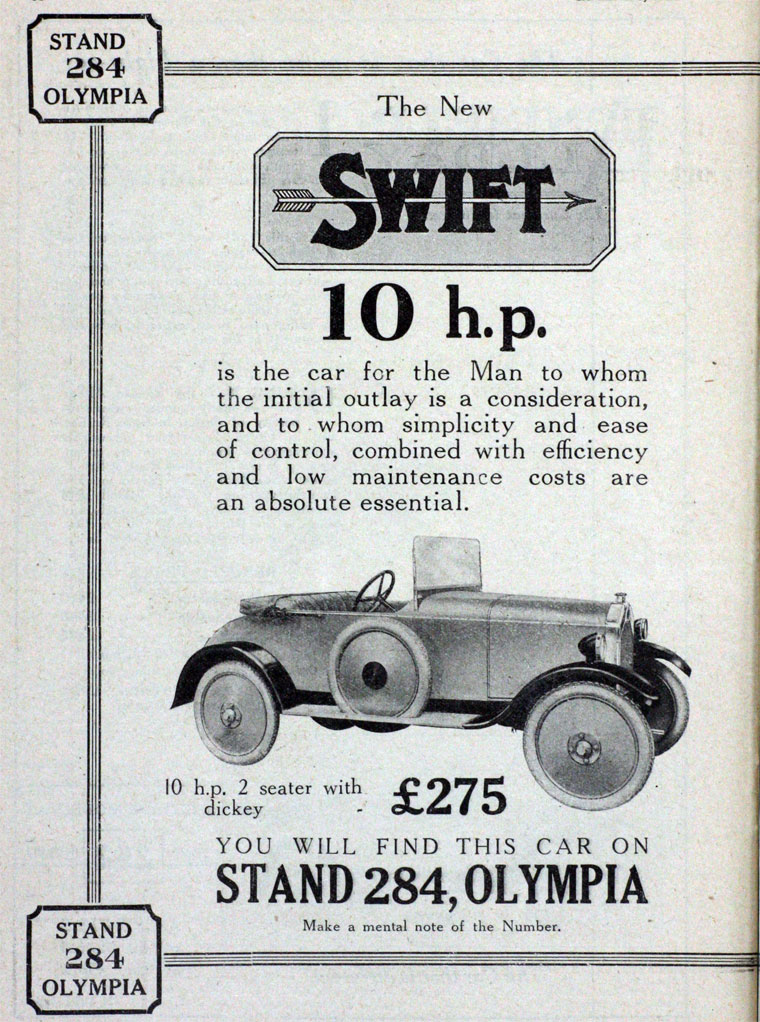 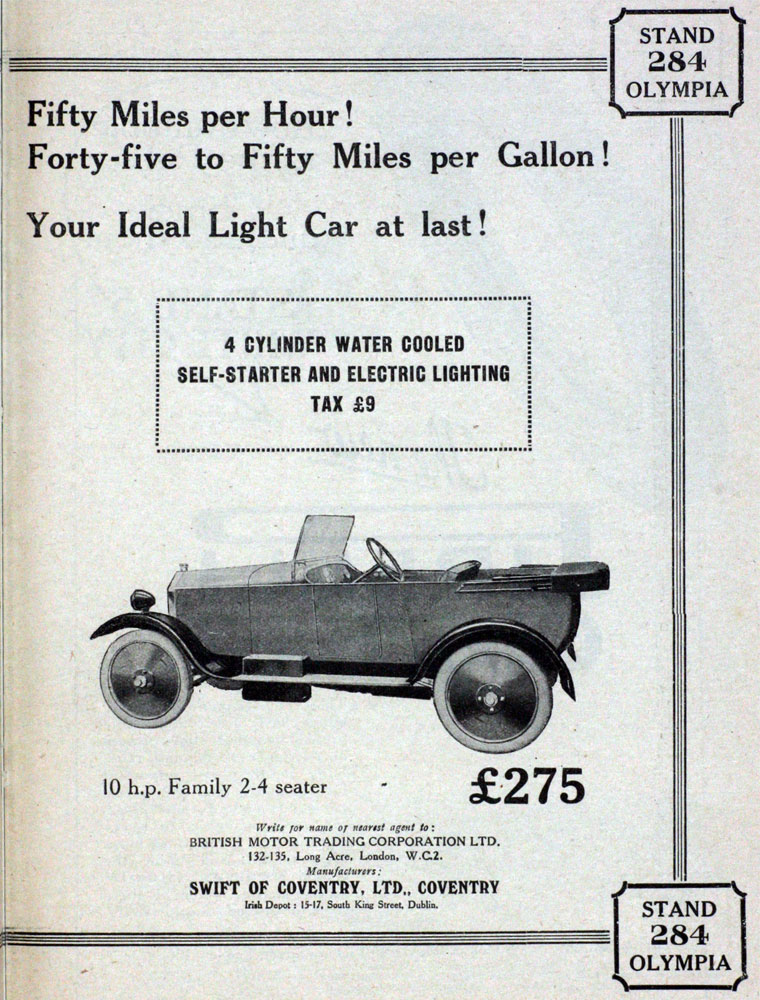 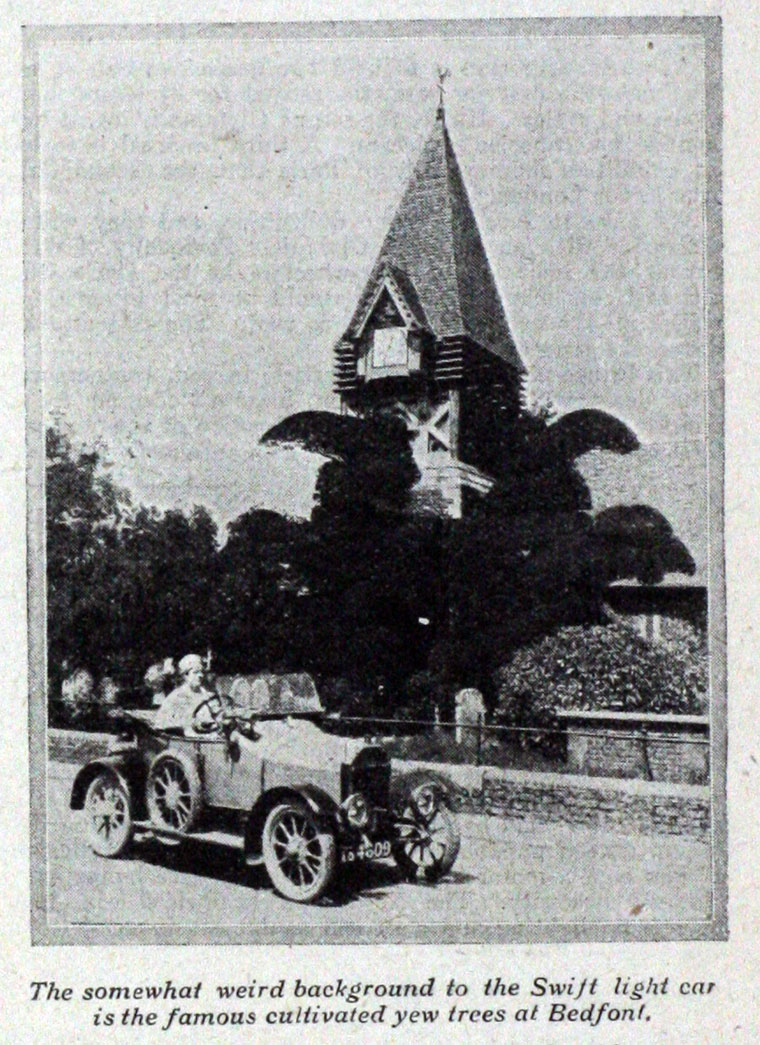 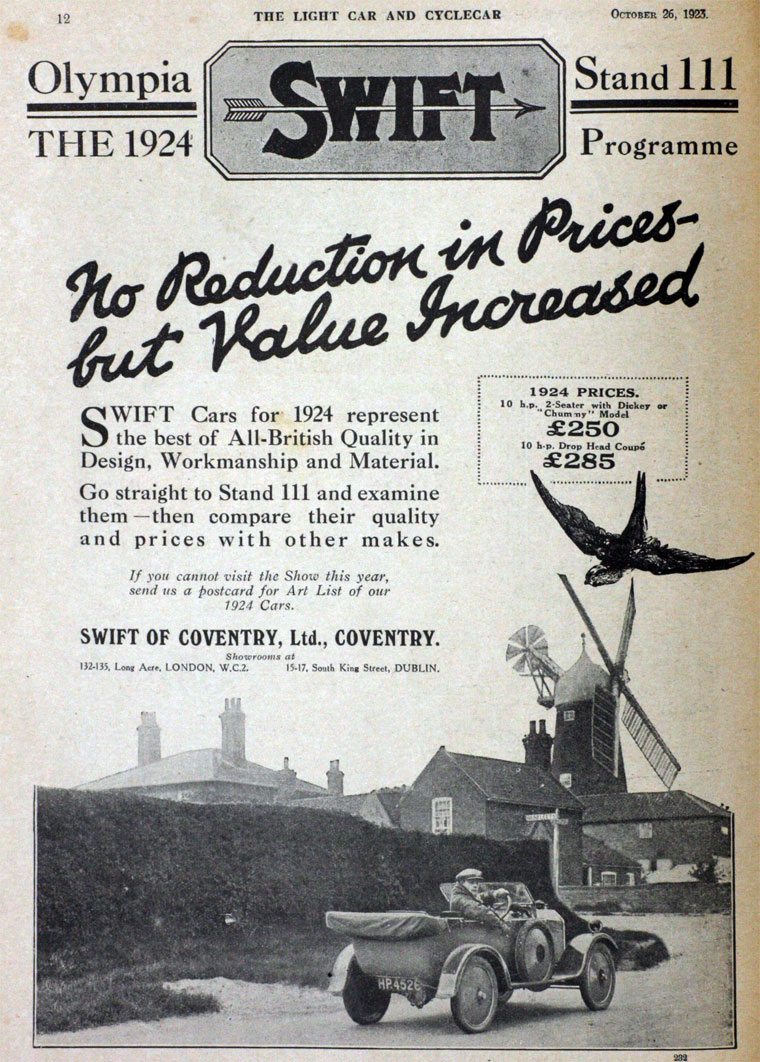 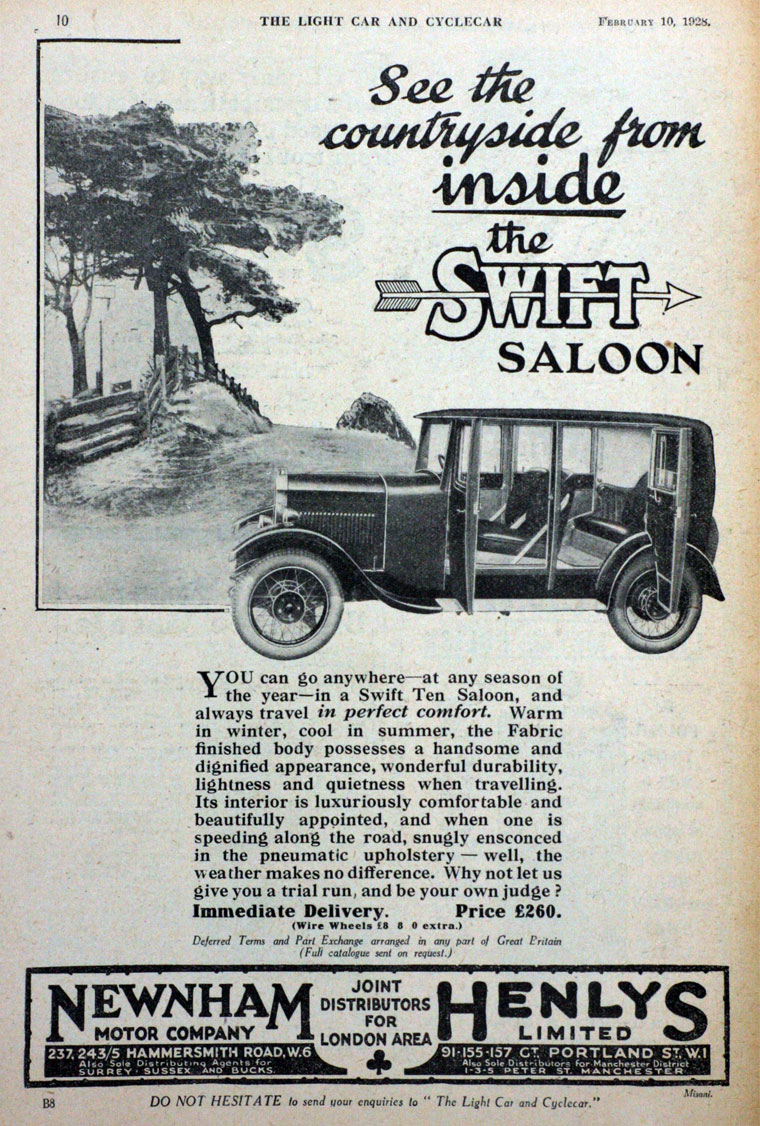 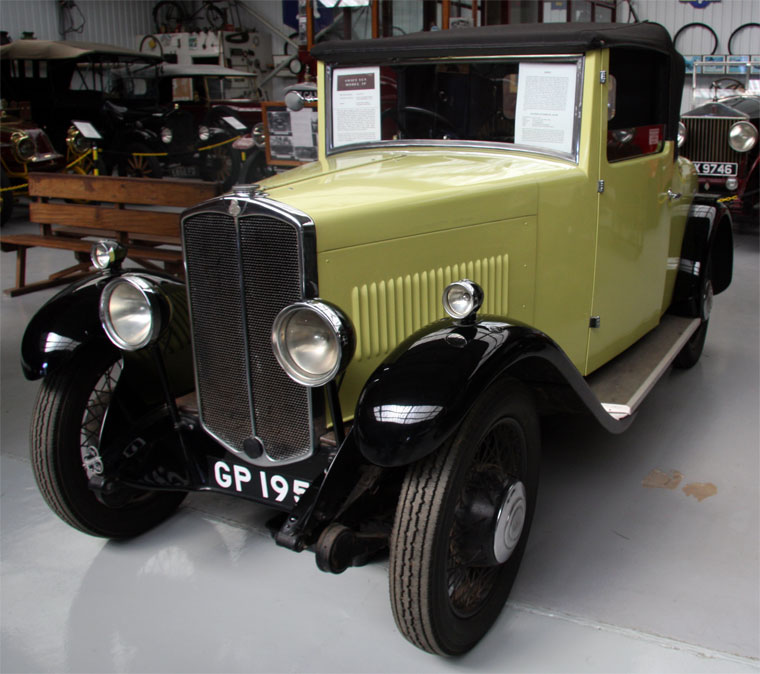 1900 Originating as a sewing machine which then became the cycle company, Coventry Machinists Co, and then Swift Cycle Co. Directors included Harvey Du Cros and his brother Arthur Du Cros.

1901 The car was put into production; it had a tubular chassis, a single cylinder de Dion engine and a two-speed back axle.

1902 The Swift Motor Co was formed. The company produced one, two, three and four-cylinder cars, first using proprietary engines up to about 1907

1904 The first Swift-engined car was the twin-cylinder 7 h.p. and later 10 h.p. This was shortly afterwards joined by the four-cylinder 12/14 which continued in a bewildering number of guises until the First World War.

1907 The cars used engines designed by their Works Engineer, William Radford, which were made in their own factory. Assisted by Robert Burns and Arthur E. Tomlinson

During the early 1900's Swift entered their cars in reliability trials and won many gold medals. Up to 1915 several models were produced each year (See Swift Models 1901-31).

1913 Exhibited cycle-car at the Motor-Cycle Show at Olympia - this was more like a miniature car than a cycle-car[1].

From 1915 to 1931 the company concentrated on producing cars.