Grace's Guide is the leading source of historical information on industry and manufacturing in Britain. This web publication contains 138,094 pages of information and 222,958 images on early companies, their products and the people who designed and built them. 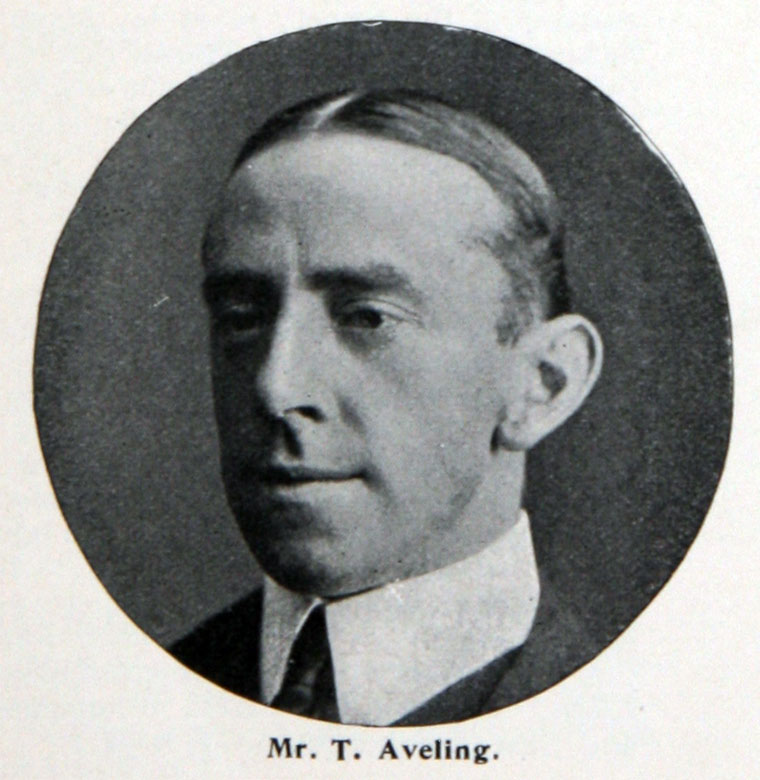 1904 'AVELING, Thomas Clifford, Central House, New Street, Birmingham. Is hon. sec. of the Midland Automobile Club. Aims at cheapening road transport. Rode with Mr. J. Holder on his 20-h.p. Panhard in the Paris-Madrid Race. Is a member of the Committee of the British Association for the Advancement of Science, which is investigating the resistance of road vehicles to traction.' [1]

Thomas Clifford Aveling was born in 1871. He served his apprenticeship with the well-known firm of Aveling and Porter, Ltd., Rochester, and on the completion of his training remained with the firm for a further five years.

After a period spent on consulting and repair work he was appointed Midland Representative of John I. Thornycroft and Co., Ltd., a position which he occupied for some twenty-eight years, concurrently with the Directorship of a Repair Works.

For a short time he also acted as Trolley-bus Representative for the Gifford Motor Co., Ltd.

He was elected a Member of the Institution in 1907.