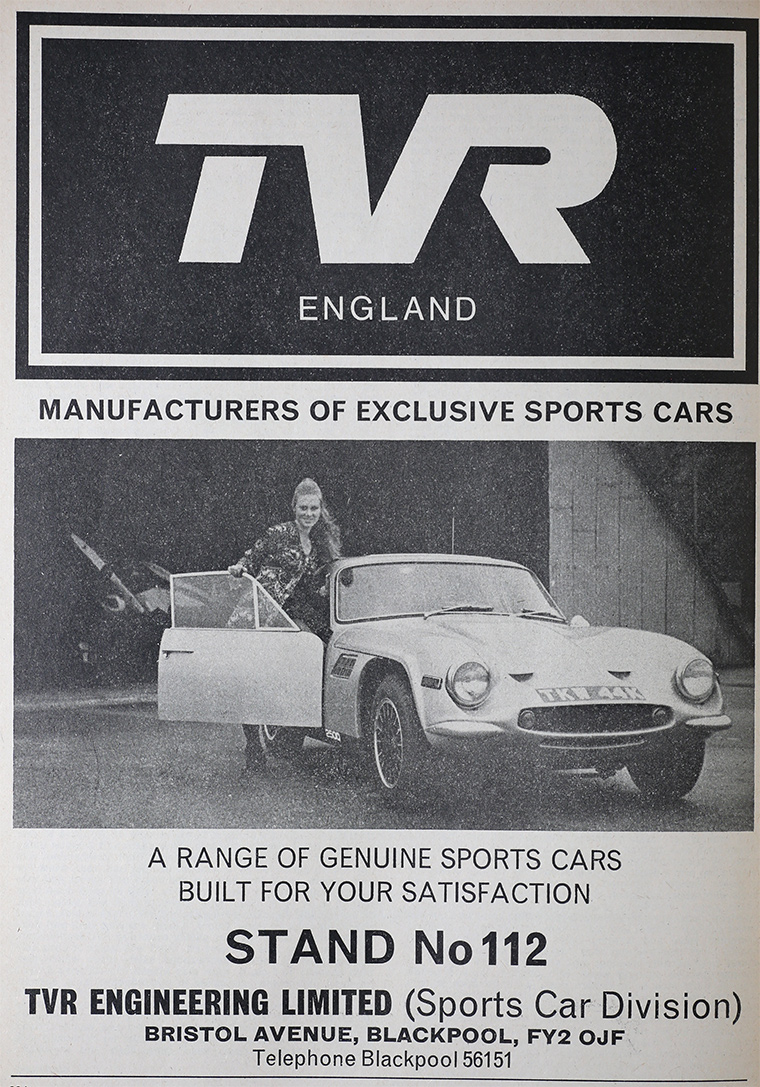 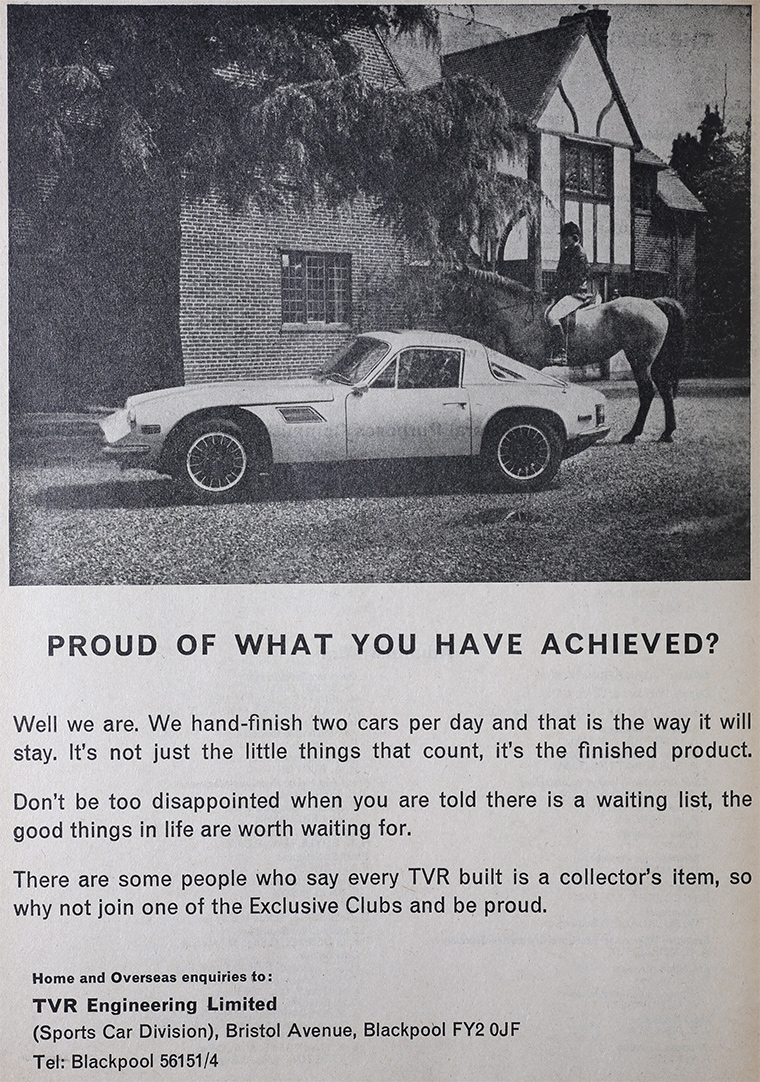 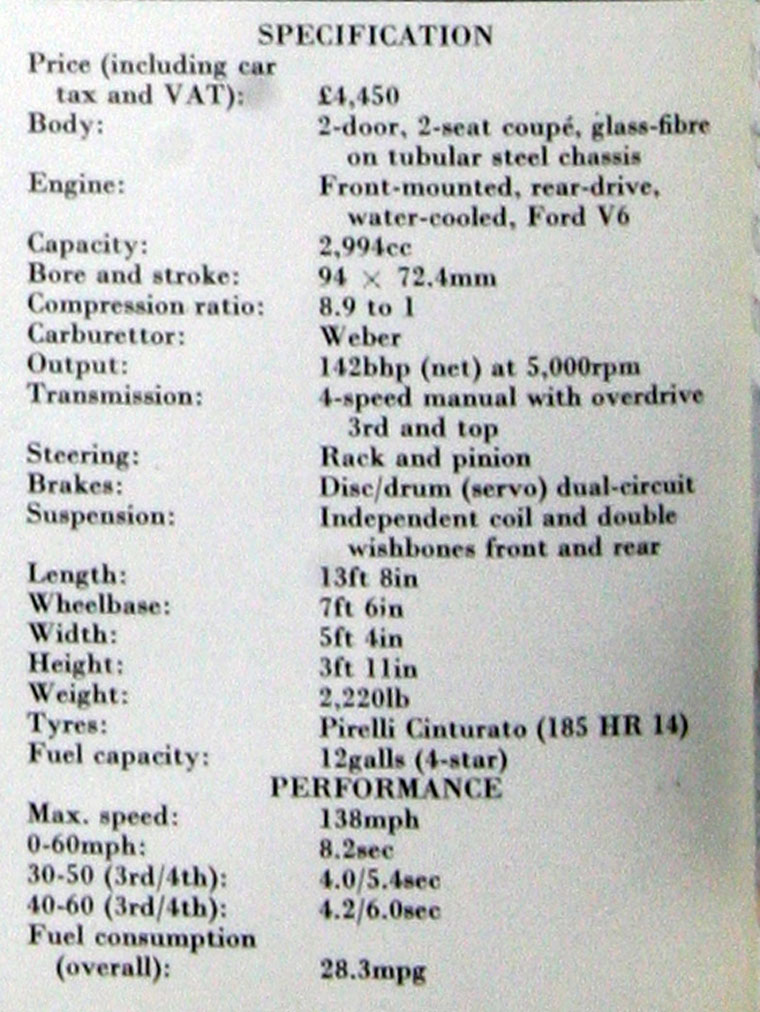 TVR is an independent manufacturer of sports cars in the town of Blackpool, in Lancashire.

The company manufactures lightweight sports cars with powerful engines. TVR is the third-largest specialised sports car manufacturer in the world, offering a diverse range of coupés and convertibles, most using an in-house straight-6 cylinder engine design, others an in-house V8. TVRs are composed of tubular steel frames, cloaked in aggressive body designs.

TVR was founded in 1947 by Trevor Wilkinson, under the name of Trevcar Motors. In 1954, Wilkinson changed the name of the company to TVR by removing two vowels and a consonant from his first name. The first car was built in 1949. In 1953 the concept of glass-reinforced plastic bodywork over a tubular steel backbone chassis was born, and has continued to this day. Many of the early cars were sold in kit form to avoid a British tax on assembled cars but in the 1970s the tax loophole was closed and the kit-form option was removed.

In the late 1950s, TVRs were powered by 4-cylinder engines from Coventry Climax, BMC or Ford, the performance models having Shorrock superchargers. As with many other British sports cars, engine sizes remained under two litres, and all produced less than 100 bhp (75 kW). Most TVRs were sold in the domestic (British) market, although small numbers were exported.

In the 1960s, American motor dealer Jack Griffith decided to put a 4.7 litre V8 from an AC Cobra he owned into a TVR Grantura, in much the same way that V8s were first transplanted into AC Cobras. (It is in honour of Jack Griffith that the TVR Griffith was named).

In the 1980s, under the ownership of Peter Wheeler, TVR moved away from naturally-aspirated and turbocharged V6s back to large V8s, namely the Rover V8 (to which Rover bought the intellectual property rights from Buick). Capacity grew from 3.5 to 4.5 litres.

In the 1990s, TVR Power modified a number of Rover V8s, but subsequently developed an in-house engine design. The AJP8 engine, a lightweight alloy V8, was developed by engineering consultant Al Melling along with John Ravenscroft and Peter Wheeler (hence the AJP initials), a notable achievement for a small maker. The new engine was originally destined for the Griffith and Chimaera models, but development took longer than expected and it finally became available in the Cerbera and Tuscan race cars.

Owner Peter Wheeler subsequently directed the design of a straight-six derivative of the AJP8 that would be cheaper to produce and maintain than the eight. This engine, designed by John Ravenscroft, became known as the "Speed 6", and powers current TVRs.