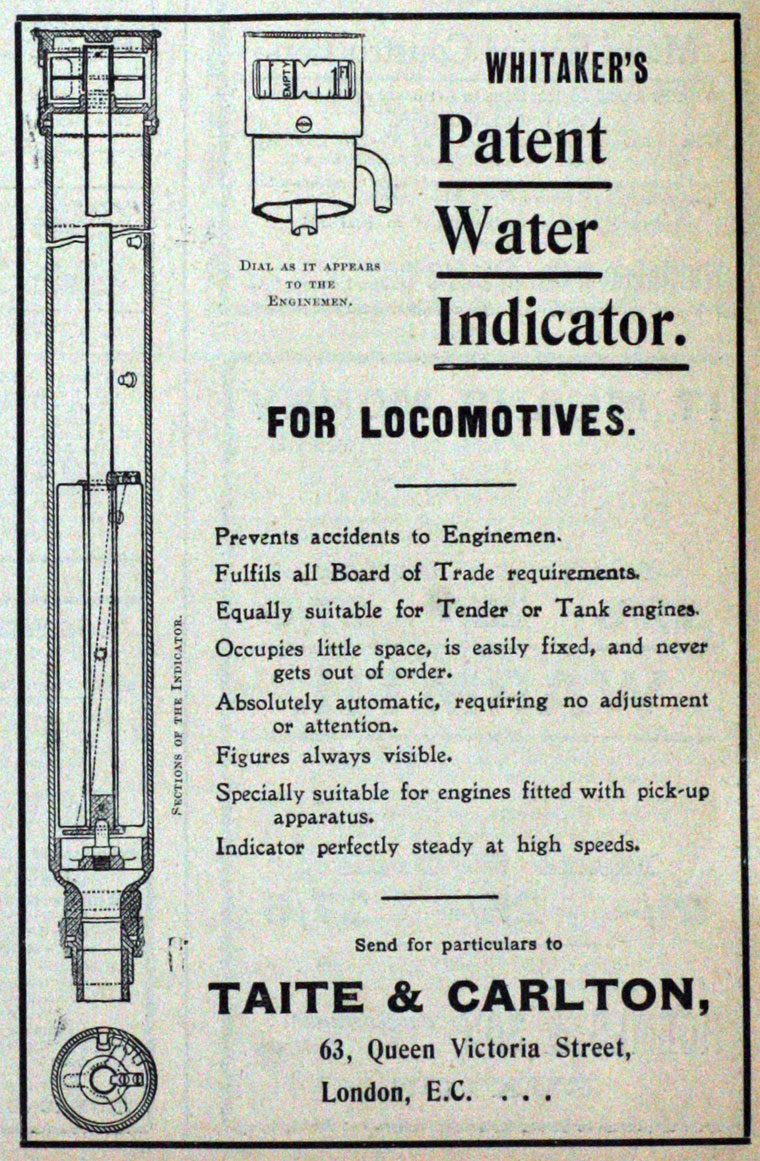 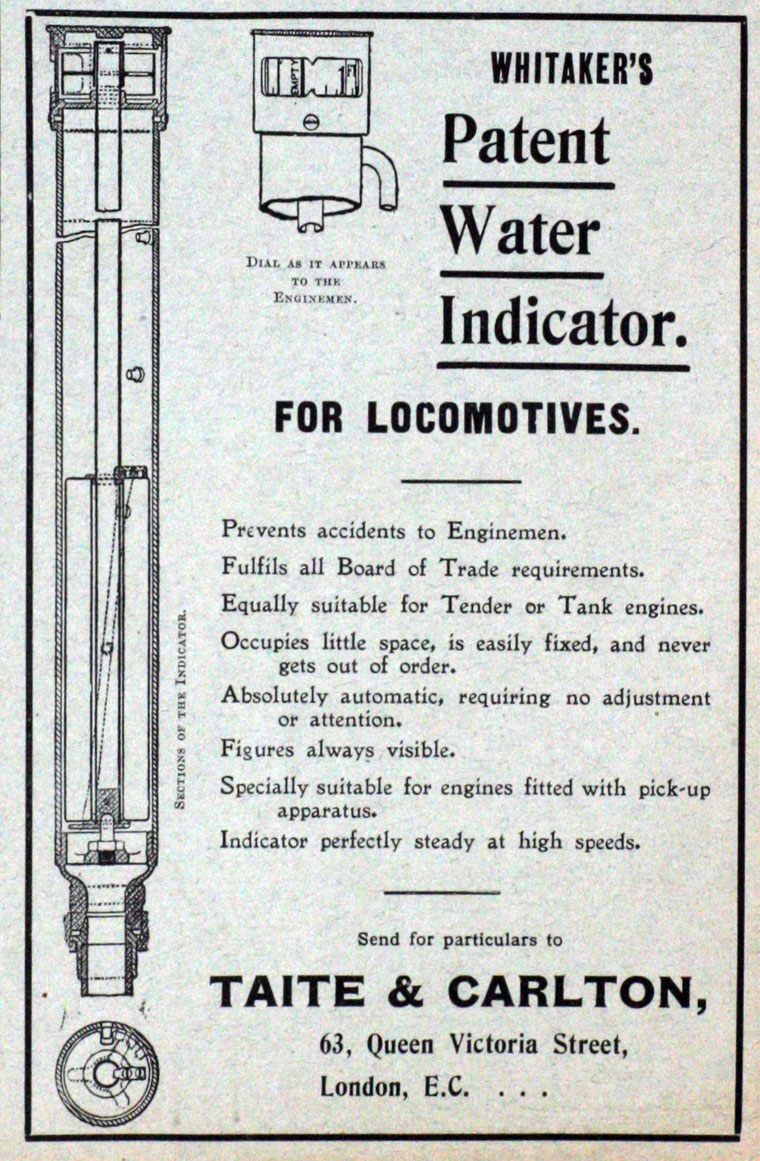 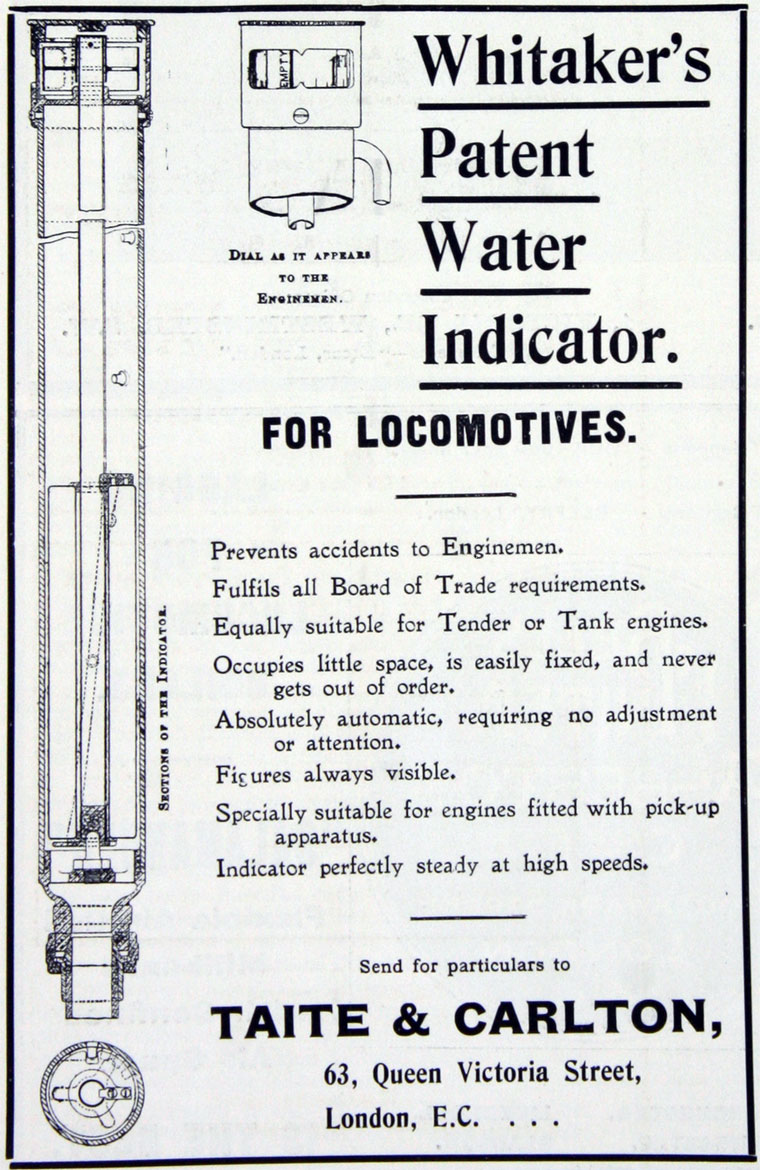 1875 John Charles Taite went into partnership with T. W. Carlton, whose father was Manager of the Locomotive Works of the Great Western Railway at Swindon, to establish the firm of Taite and Carlton. The firm was largely interested in the introduction of pressed steel wagons and under-frames for British and Colonial railways, and introduced the Holden liquid fuel burner, the invention of Mr. James Holden, late Locomotive Engineer of the Great Eastern Railway.

This was extensively used in the oil-producing countries, particularly South Russia, Roumania, etc.