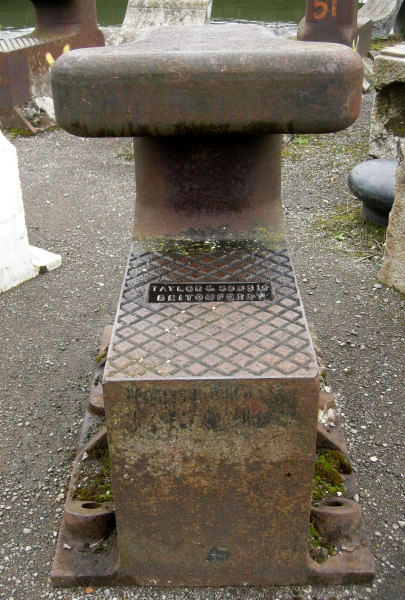 1882 Acquired the former Briton Ferry Foundry site. The Engineering Works specialised in engineering, manufacturing items such as pickling machines of the steel industry, and also had an iron and brass foundry.

1900 Incorporated as a Limited Company.

WWI On the outbreak of war, the firm became interested in the manufacture of artillery shells and sought advice of representatives from Messrs Armstrong, Whitworth and Company, a well-known munitions manufacturer based in the north east of England. As a result of these contacts, Taylor and Sons became the first private firm in South Wales to commence production of artillery shells, possibly in late 1914 or early 1915. The firm made 18 pount shells as well as 4.5 inch howitzer shells.

2015 Substantial portions of the Taylor and Son’s machine shop, where munitions manufacture was carried out, survive in a virtually unchanged condition, making this structure a unique survivor of South Wales munitions production from the First World War.