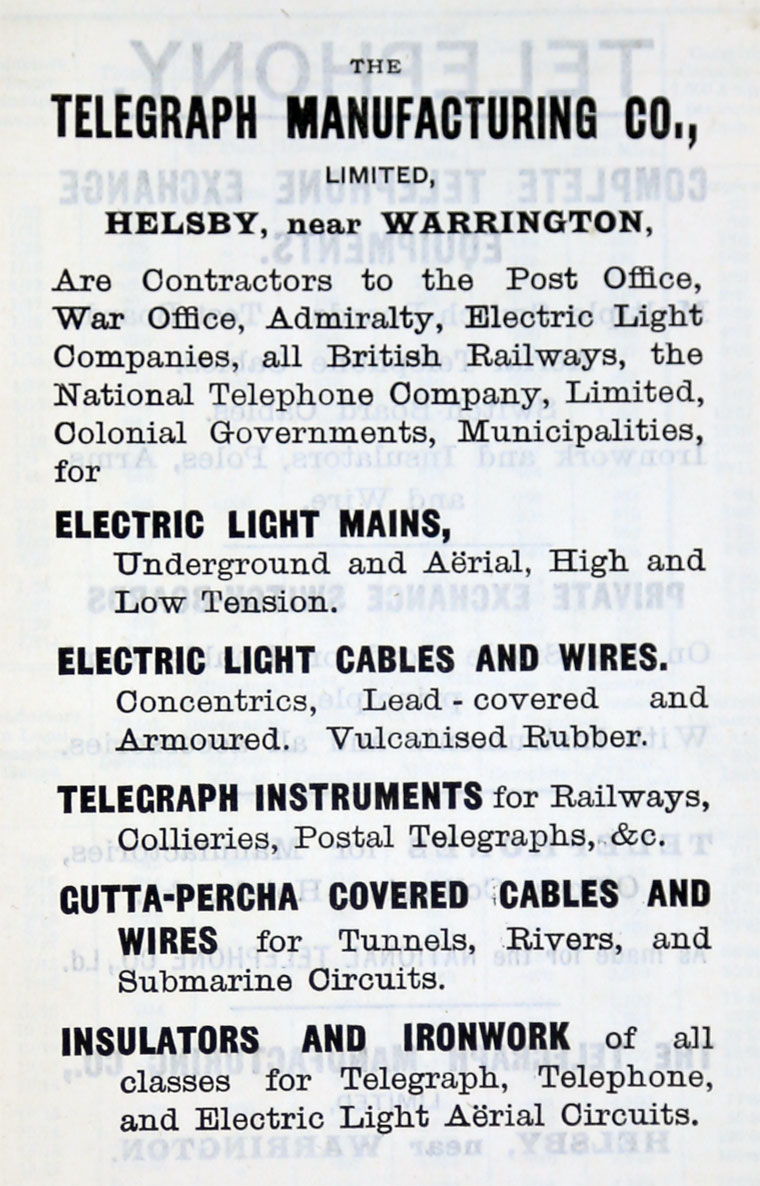 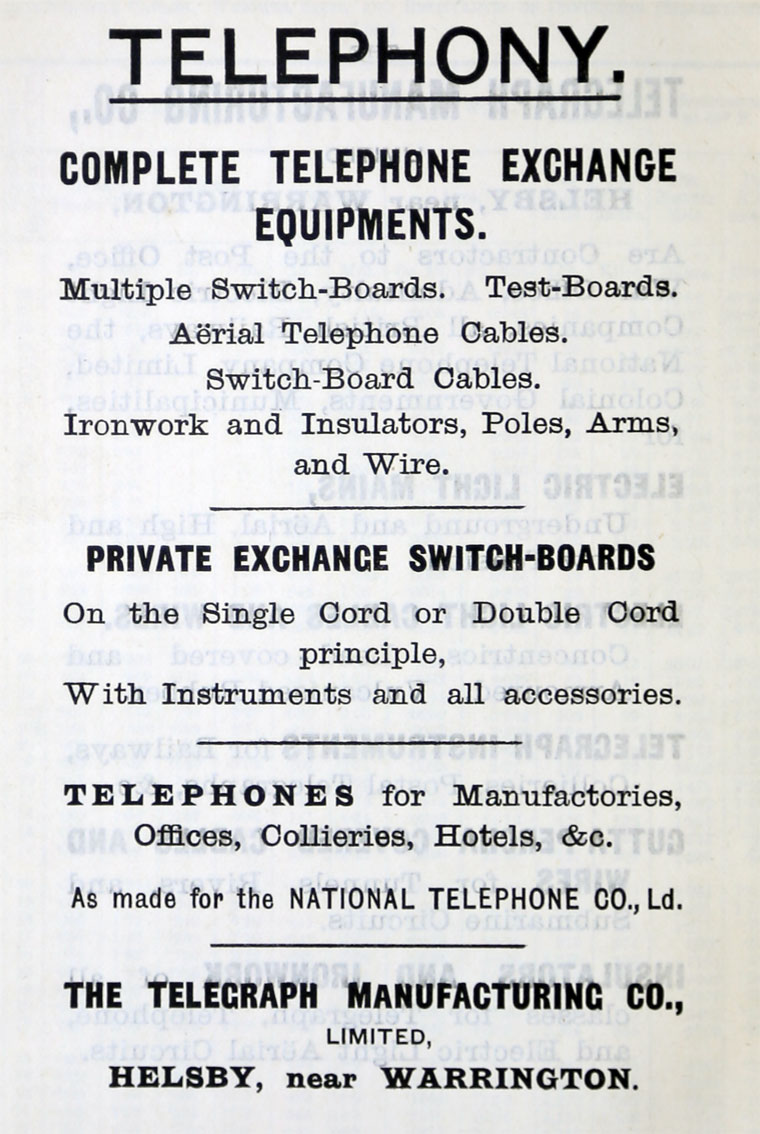 of Helsby, Near Warrington

1880 Lewis invented a self-binding insulator which was widely adopted in Europe and the United States.

Lewis began to manufacture his insulator on a small scale.

Other branches of electrical work were later included in the business.

Eventually this business, together with an insulated wire factory, in the neighbourhood, was incorporated as the Telegraph Manufacturing Co.