(Redirected from Telegraphen-Bauanstalt Siemens and Halske)
Jump to: navigation, search 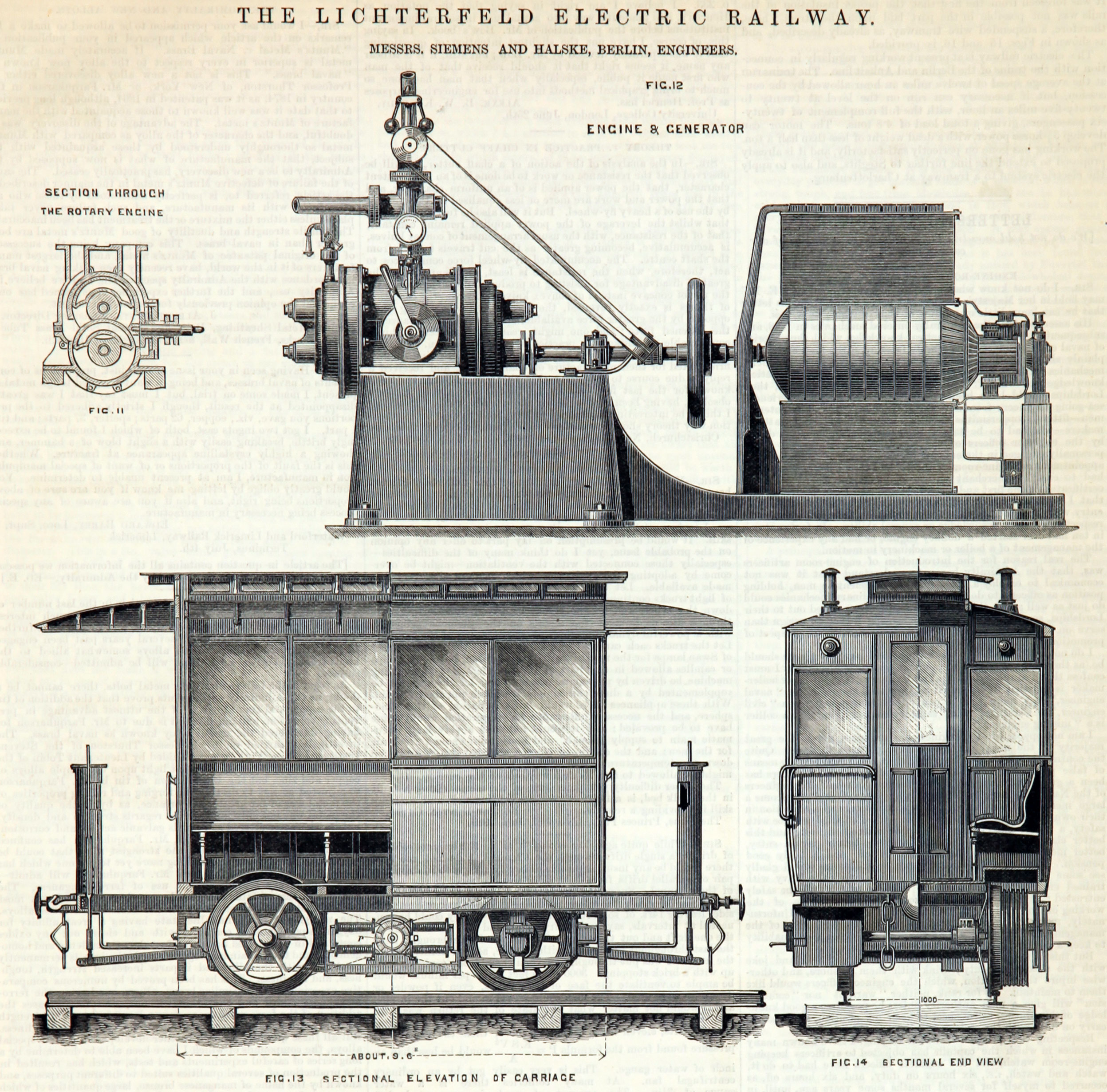 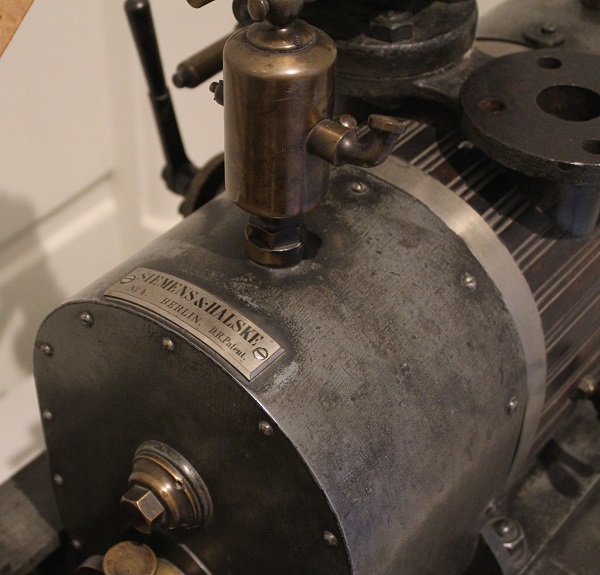 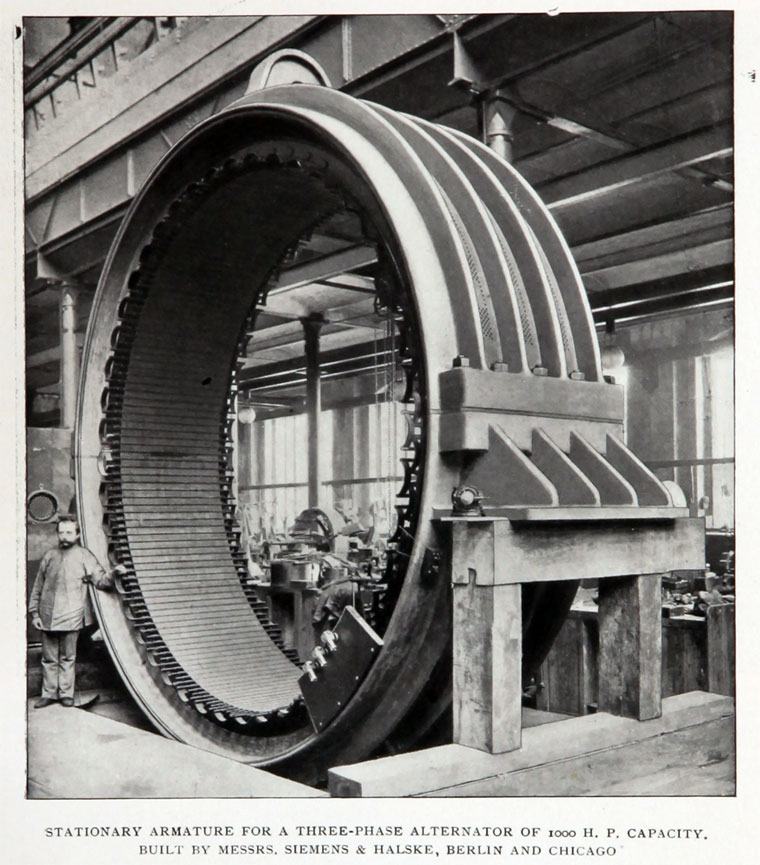 1849 William Siemens publicised the telegraphic inventions of Siemens and Halske in England; the company's work in Germany was already extensive. In 1849 he read a paper at the Society of Arts describing his brother Werner's achievements in telegraphy.

1850 An English agency for the company was established (see Siemens and Halske). An agreement was signed between the two brothers.

In March 1850, William Siemens introduced his brother's gutta-percha wire covering to the British Electric Telegraphic Company and, soon afterwards, arranged to manufacture it in Great Britain. He next induced Fox, Henderson and Co to take up the work and under his direction large contracts were executed by that firm and Siemens and Halske for the Lancashire and Yorkshire Railway Company, etc.

1851 Other cables followed the success of the Submarine Telegraph Co's cross-Channel cable. Newall and Co of Gateshead established extensive works for the construction of submarine cables.

1858 Newall's engaged Siemens and Halske as their electrical and consulting engineers; William Siemens carried out the tests.

1858 The growing demand for telegraphic cables encouraged William Siemens to register Siemens and Halske in England, very much against the wishes of Halske [3]. He established a small factory at Millbank.

1861 Siemens and Halske acted as electricians for the Government in the laying down of the Malta and Alexandria Cable. The cable was divided into three sections, with a total length of about 1,350 miles. At about this time Werner and William Siemens wrote a joint paper for the British Association, embodying their studies of the 'Principles and Practice involved in dealing with the Electric Conditions of Submarine Electric Telegraphs.' They recommended India-rubber as an insulator, and devised an ingenious machine for applying it to cables.

1861 R. S. Newall and Co sold the goodwill of the submarine cables part of the business to Siemens and Halske. Halske was unhappy about at the risks that he anticipated in taking on the main competitors, Glass, Elliot and Co, and eventually withdrew from the British company in protest [4].

1862 At the International Exhibition of 1862 Siemens and Halske exhibited a great variety of electrical apparatus of various kinds, appearing both as British and as foreign exhibitors. The collection attracted wide notice, and was awarded three separate medals. William Siemens wrote an article in the Practical Mechanic's Journal, giving a full description of the collection, as well as a history of the electric telegraph.

1863 William Siemens, with the aid of the Berlin firm, established large works at Charlton, near Woolwich, for the manufacture of all kinds of telegraph instruments, apparatus, and materials, including submarine cables, which could then be shipped via the River Thames.

1864 Siemens and Halske obtained a contract from the French government to lay a cable from Oran (Algeria) to Cartagena (Spain), this being their first cable laying expedition. Werner and William Siemens personally superintended the laying of the cable. Three attempts were made to complete it but they all failed. The failure involved the company in legal proceedings and cost it £15,000 which represented most of its capital. The disaster affected William Siemens keenly. Pressure from Halske finally brought this venture to an end. At the close of the year Halske left the English company.

1865 William raised capital in England to set up a new company and on 1 January 1865 formed Siemens Brothers and Co. The partners were Werner Siemens, William Siemens, and Carl Siemens. The Berlin firm retained its old name of Telegraphen-Bauanstalt von Siemens und Halske.

1867–70 Siemens and Halske achieved world-wide recognition due to its construction of the Indo-European Telegraph Line from London to Calcutta, which involved the 3 branches of the company - in Berlin, London and Russia.

1868 Johann Halske left the company but his funds remained invested it as an interest-bearing loan that ensured the company could continue.

c.1880 Producing generators driven by rotary steam engines invented by Dolgoruki. An 1883 example is on display at Vienna Technical Museum. It developed 5-6 HP when running at 900-1000 rpm, with steam pressure of 4-5 atmospheres. See illustrations.

1892 After the death of Werner Siemens, Carl Siemens was called back to head up the company

1897 Telegraphen-Bauanstalt von Siemens und Halske was incorporated as a public corporation under the title of Siemens and Halske AG.

1903 In response to the developments in radio technology in Britain, the Emperor Wilhelm II encouraged the Allgemeine Elektricitäts-Gesellschaft (AEG) and Siemens and Halske AG to found Telefunken.

1930s Acquired those parts of Siemens-Schuckertwerke that it did not already own.

Post-WWII there were many restrictions on German industry, including Siemens.

1966 Siemens AG was formed, bringing together Siemens and Halske AG, (involved in low- voltage electrical products and public and private telephone systems), Siemens Schukertwerke (the power production and high-voltage electrical products company which had become wholly owned by Siemens & Halske AG in the 1930s), and Siemens-Reiniger-Werke, in order to be able respond to changes in technology and in the global markets for electrical technology.[5]