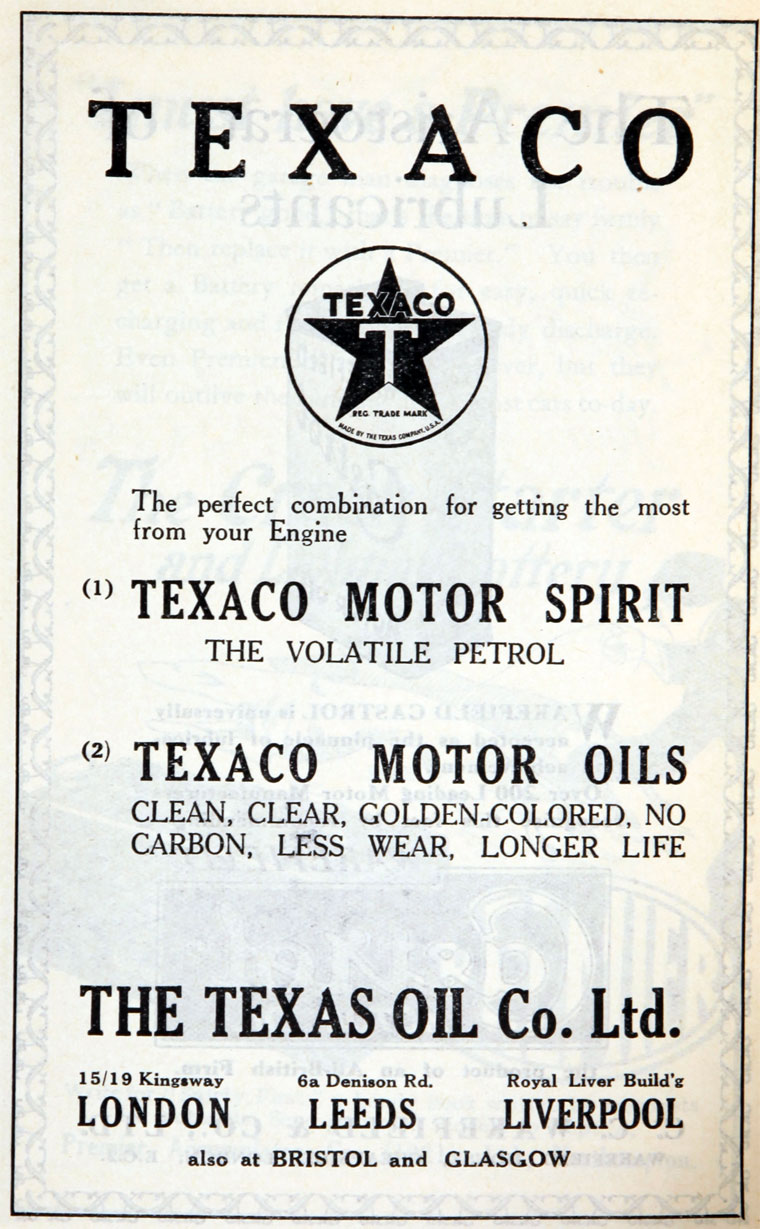 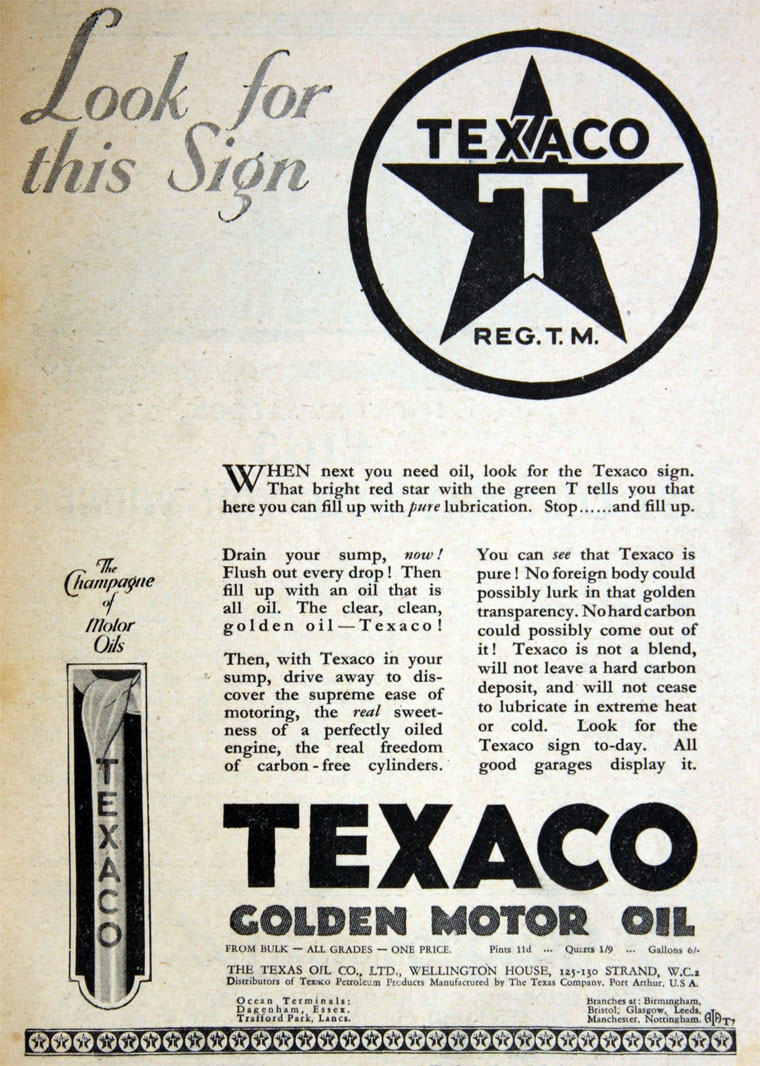 1916 Formed as a subsidiary of the Texas Company of the USA (which used the Texaco brand name for its products).

1929 UK distributor of Texaco Petroleum Products made by The Texas Company of Port Arthur, USA[1].

1936 The Texas Company put its marketing operations east of Suez into a joint venture with Standard Oil Company of California under the name Caltex; Standard puts its Bahrain refinery and Arabian oilfields into the venture.

1948 In preparation for the dissolution of the Petroleum Board (in June 1948), Trinidad Leaseholds and the California Texas Corporation (Caltex) established joint marketing arrangements in the UK and Eire through a new company the Regent Oil Company[3].

1948 Trinidad Leaseholds acquired 50% of the shares in the Texas Oil Co Ltd.

1956 The Texas Co and Standard Oil Co of California were 50% partners with Trinidad Oil in Regent Oil Company Ltd[5].

1956 The whole of the share capital of Trinidad Oil Co was acquired by the Texas Oil Co[6].

1959 The Texas Company changed its corporate name to Texaco Inc.

1962 Regent Oil Co, which was jointly owned by Texas Oil Co Ltd and California Texas Corporation (Caltex)[7], built a refinery at Milford Haven[8]. Regent had the 3rd largest distribution chain in the UK.

1967 Split of Caltex assets in Europe left Texaco with almost all the Regent Oil Co properties in the UK except where there was duplication, when the property would become Socal's (Standard Oil Co of California)[9].