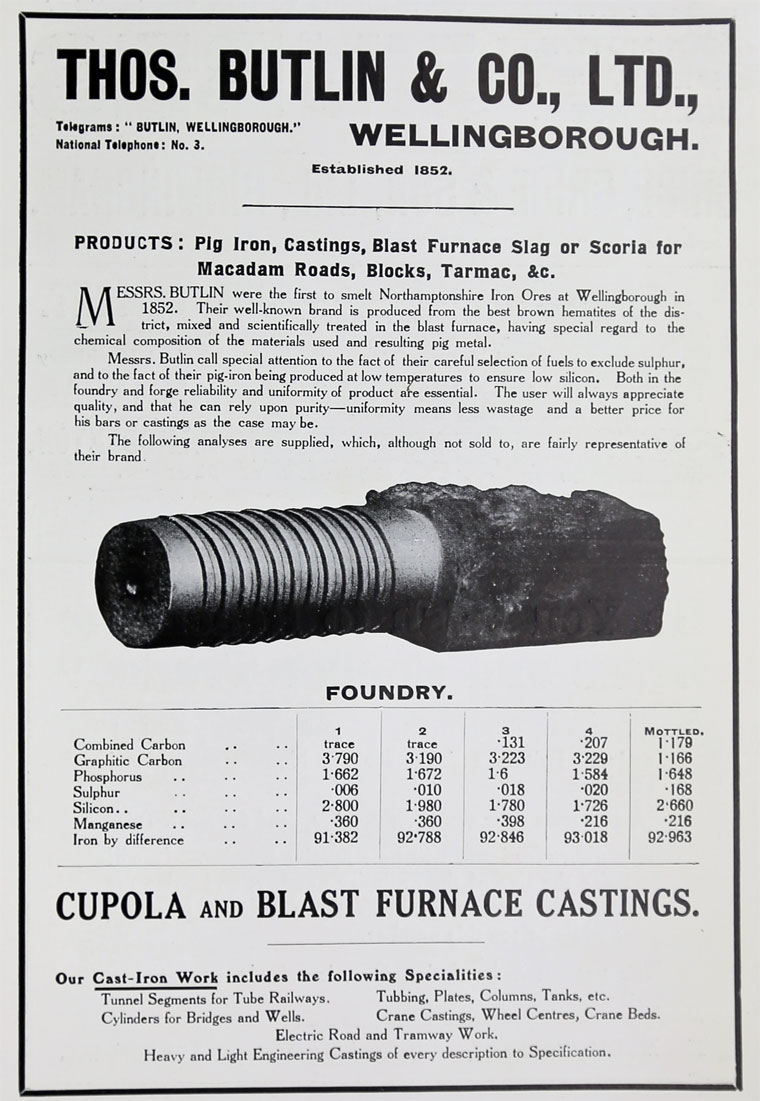 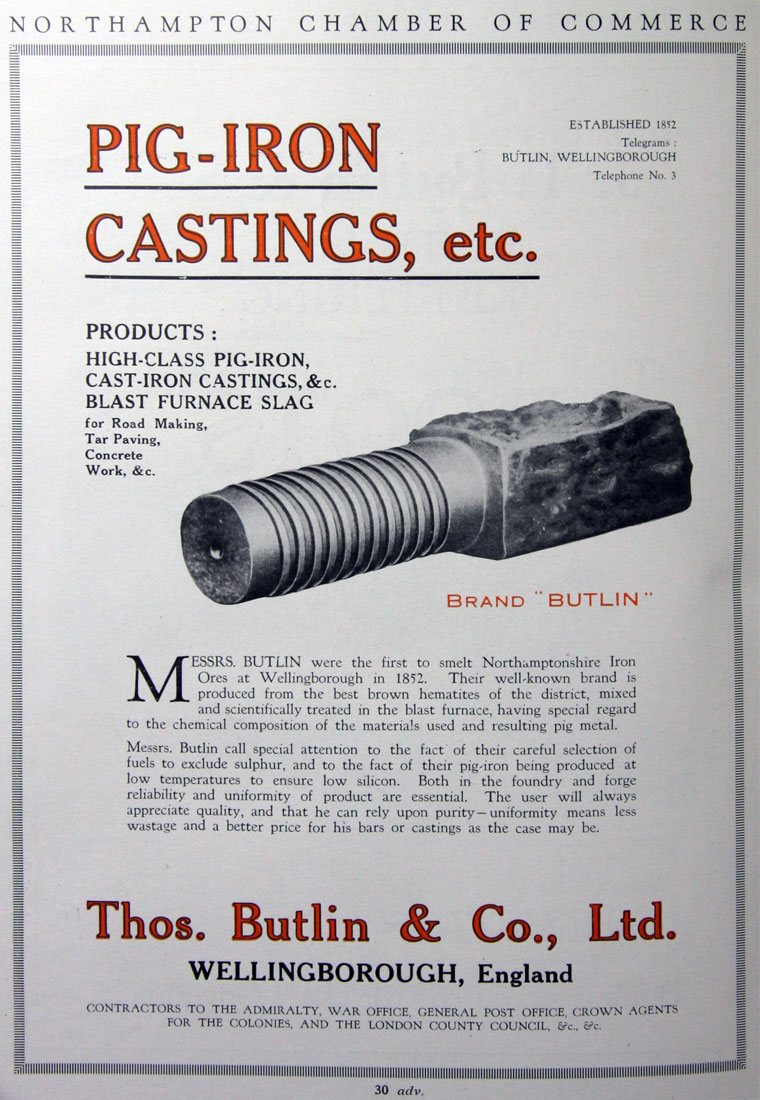 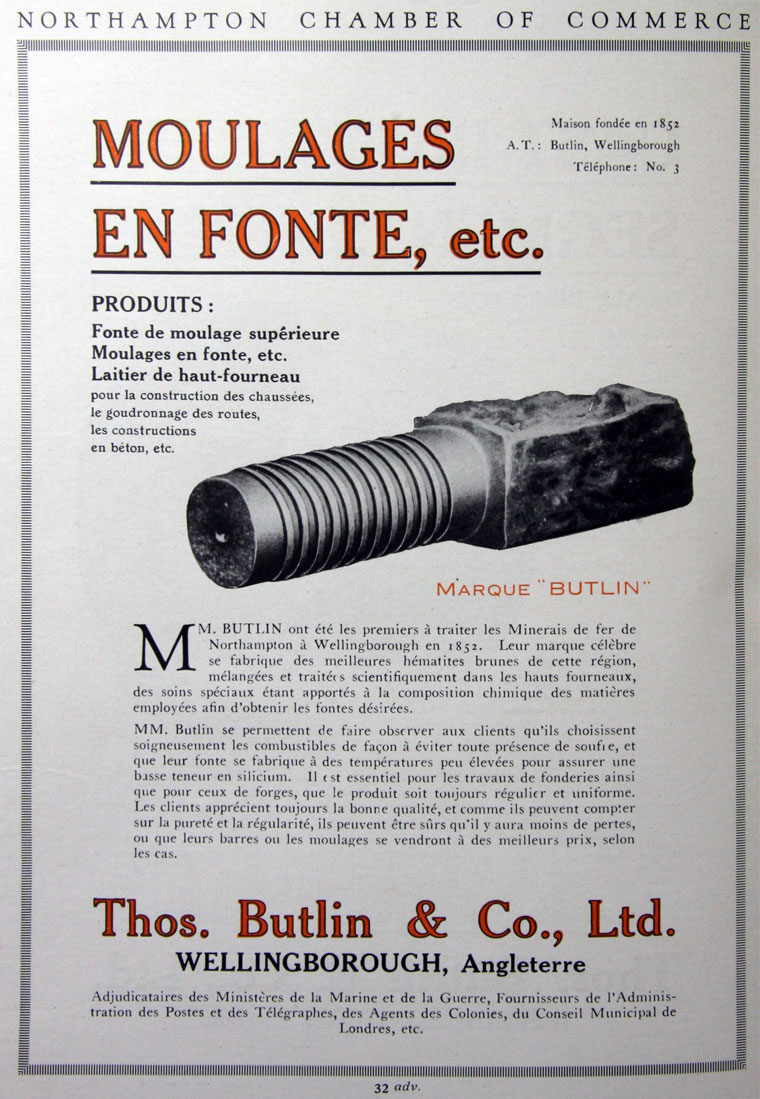 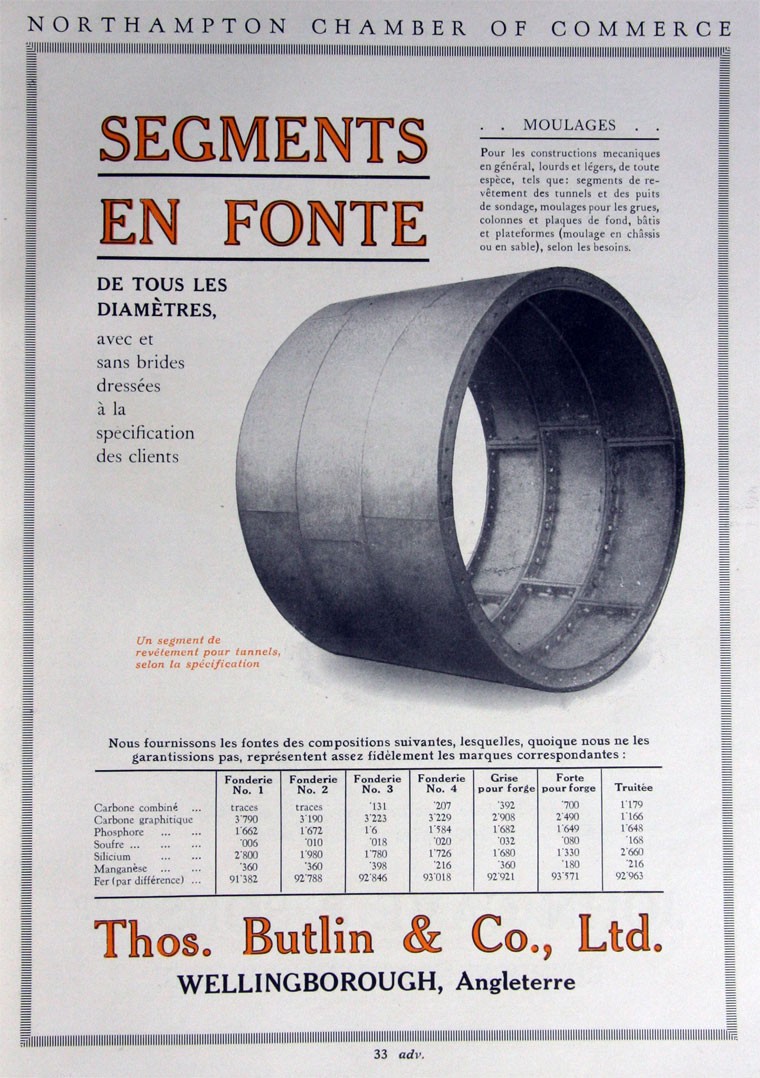 1867 Thomas Butlin's blast furnaces at Wellingborough (but in Irthlingborough parish) were put into blast in 1867.

Butlin’s operations are shrouded in the mists of the past, but the areas worked by him seem to have been immediately south of the Kettering-Huntingdon railway, west of ‘Black Bridge’ on Cranford Road and another quarry to the east of Cranford Road, beyond Windmill Cottages.

These quarries were being worked in the 1880s.

From 1883 to around 1891, Butlin was working south of the railway, just off Polwell Lane, towards Barton Seagrave. Methods of working by Butlin are unknown, but probably tramways were used to connect the quarries with the Kettering-Huntingdon railway.

1947 The foundry of Thomas Butlin and Sons at Wellingborough, was acquired by Morris to supplement supplies of castings from the foundry at Morris Motors Ltd Engines Branch, Coventry.