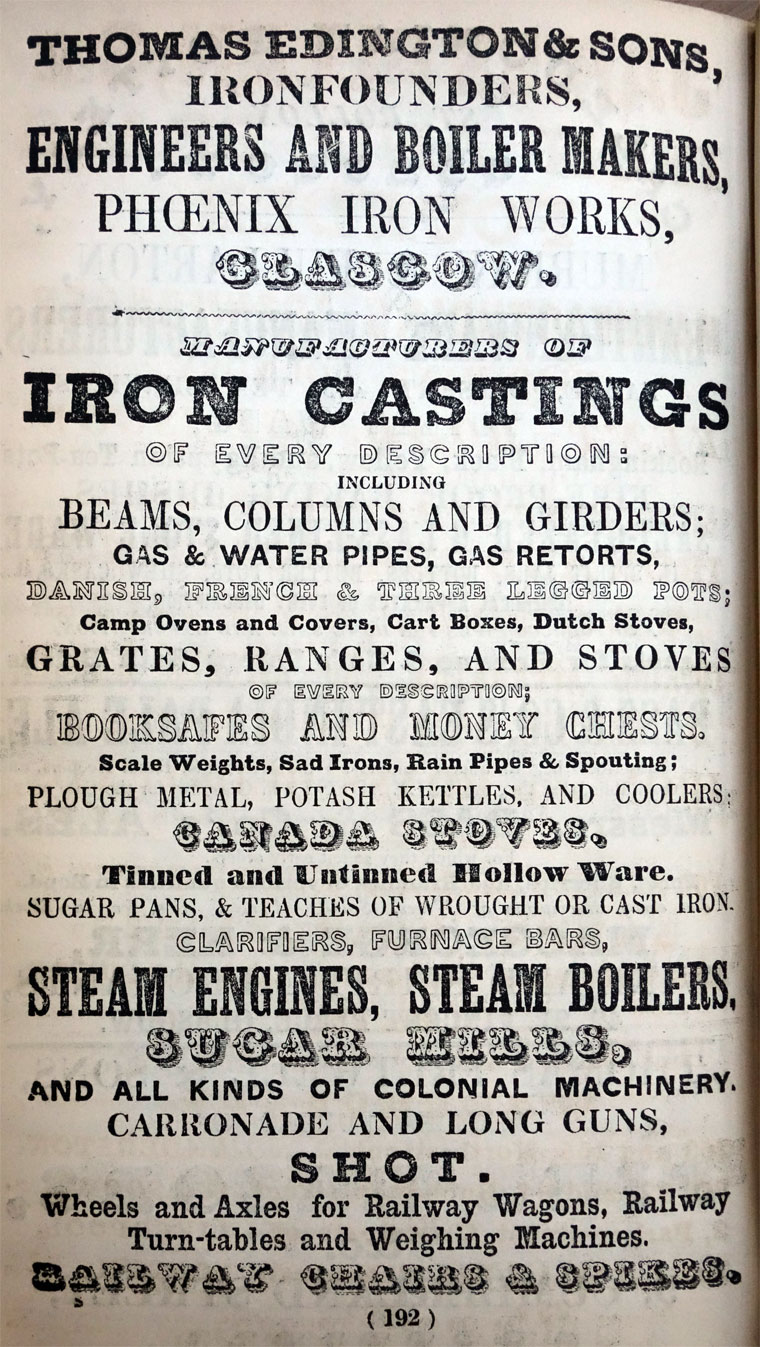 c. 1797 Thomas Edington opened the very successful Phoenix foundry in partnership with two of his sons, James and Thomas.

c.1820 Thomas' son James established the Eagle Foundry, which was the origin of McDowall Steven and Co’s Milton Foundry and Ironworks.

1857 On the death of the last surviving partner, Law became sole proprietor of the works.