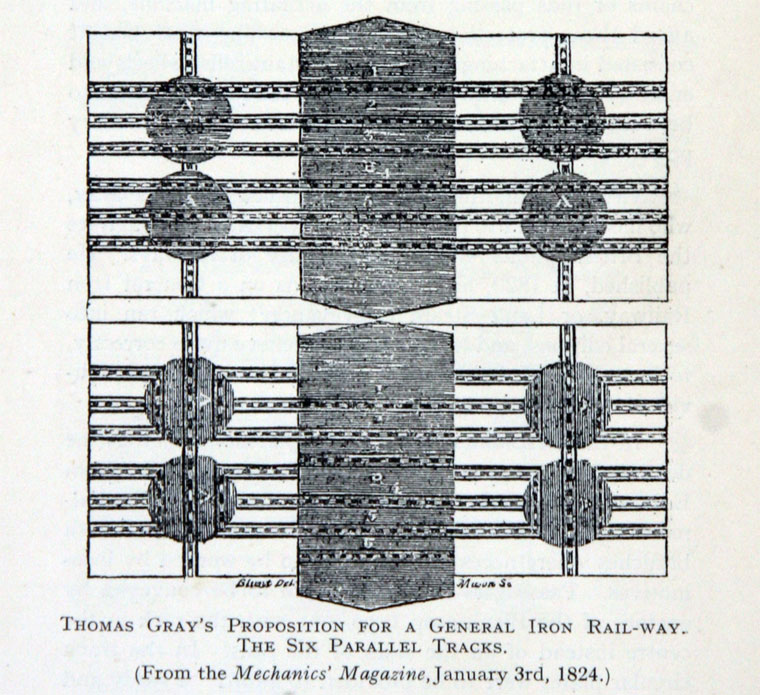 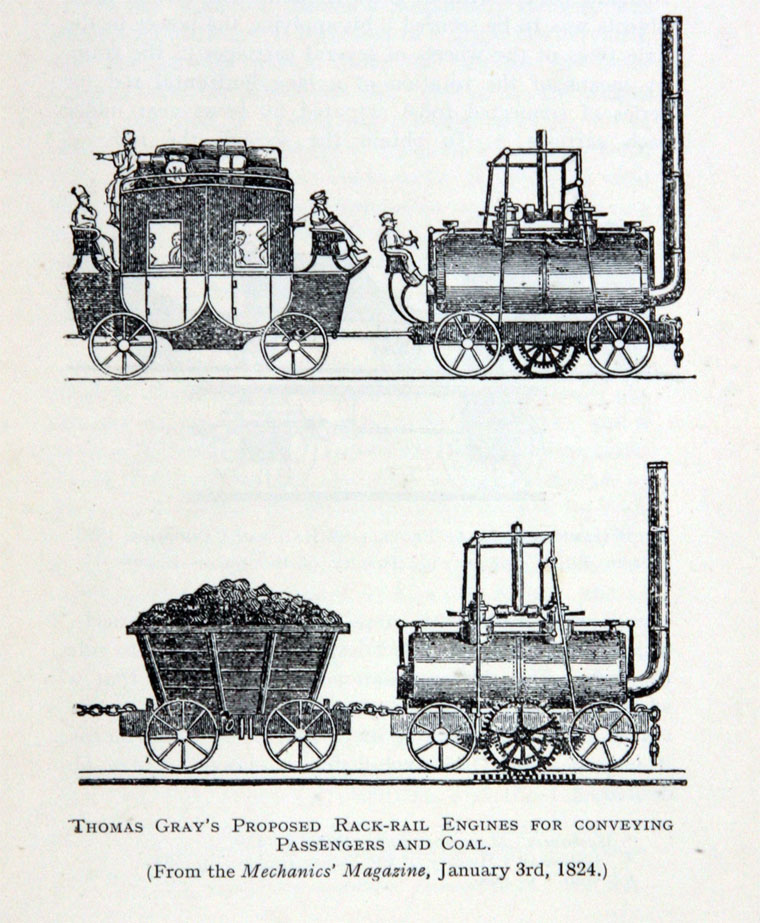 c1787 Born the son of Robert Gray of Leeds

1846 Report. 'Thomas Gray, Author of the Railway System.— There are two parties now litigating in Chancery as to the invention of the turn table used for railways. Of this invention our fellow townsman, Mr. Gray, claims to be the author, and he promulgated the scheme for it his book on the National Railway System published in 1820, in which a plate representing the turn table will be found. It is not very gratifying to a man who has laboured for public improvement to see his efforts not only passed over in silence, but other parties clamouring for the authorship of his invention. There was a public subscription instituted for the purpose of rewarding Mr. Gray; and we understood it was going on satisfactory ; but the railway panic came, and since then we have heard no report of the progress of the subscription. We believe, however, that the subject is not wholly forgotten; and we shall be glad to see it brought to a very satisfactory termination.'[2]

1848 October 15th. Died at his residence at Alphington Road, Exeter, of disease of the heart, Mr. Thomas Gray, author of The Railway System. Son of Robert Gray of Leeds. Had been in ill health for some time. Age 61.[3] [4]