Grace's Guide is the leading source of historical information on industry and manufacturing in Britain. This web publication contains 147,197 pages of information and 233,429 images on early companies, their products and the people who designed and built them. 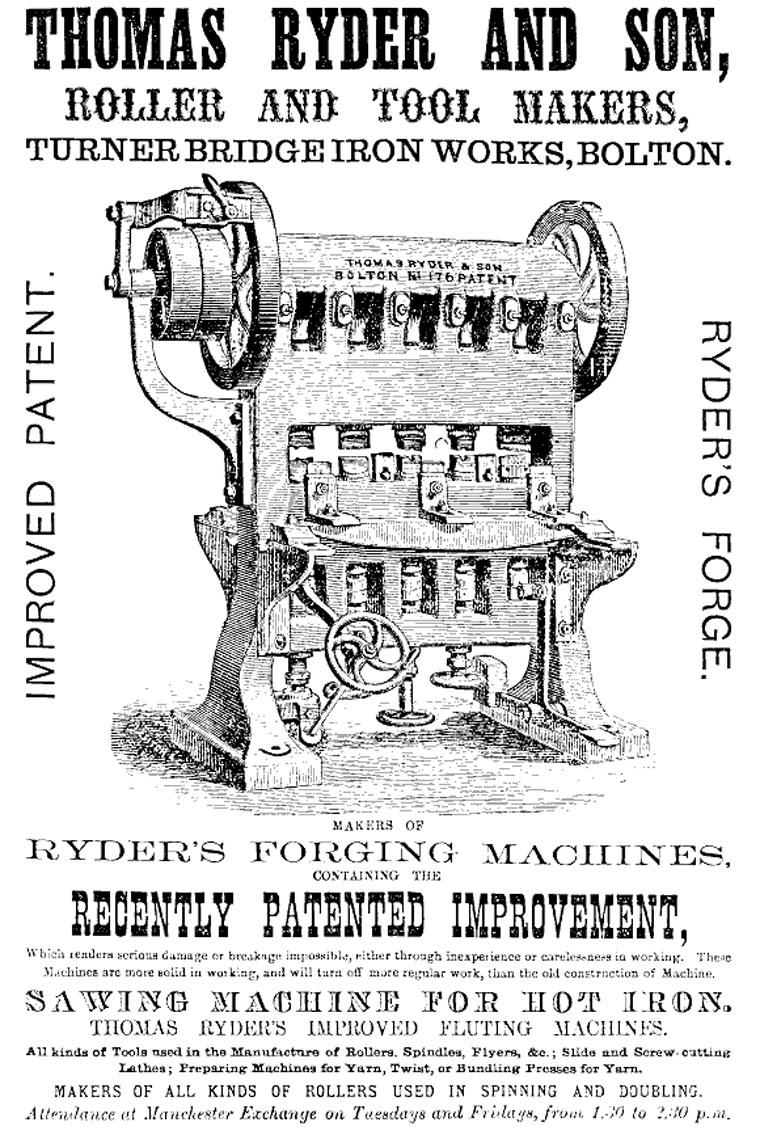 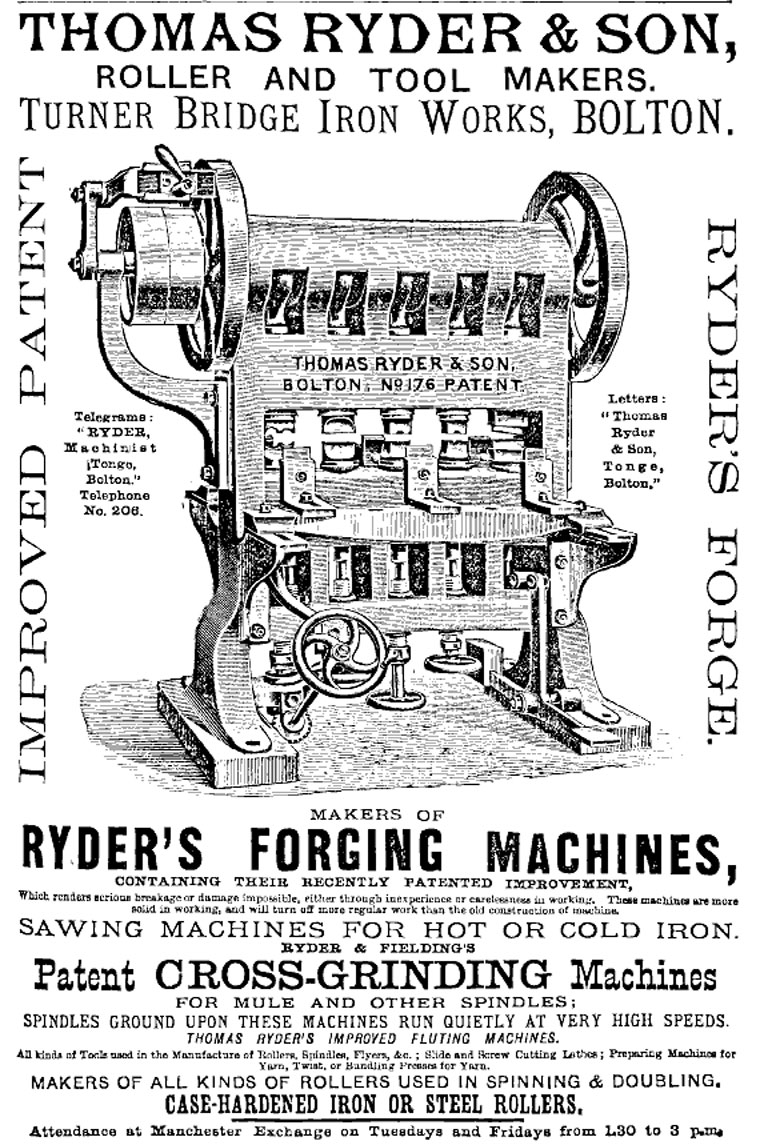 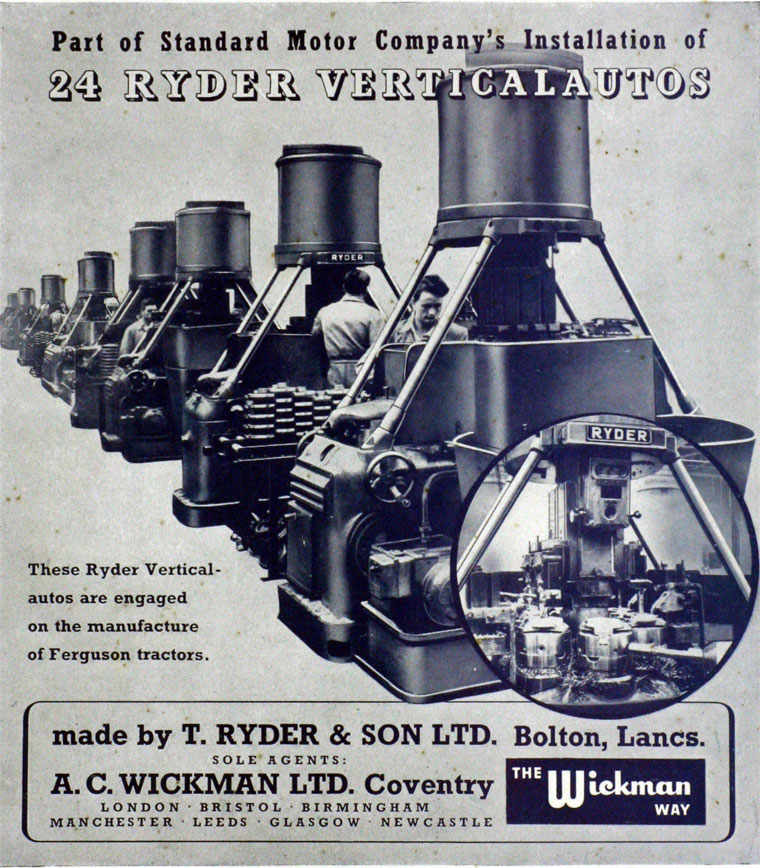 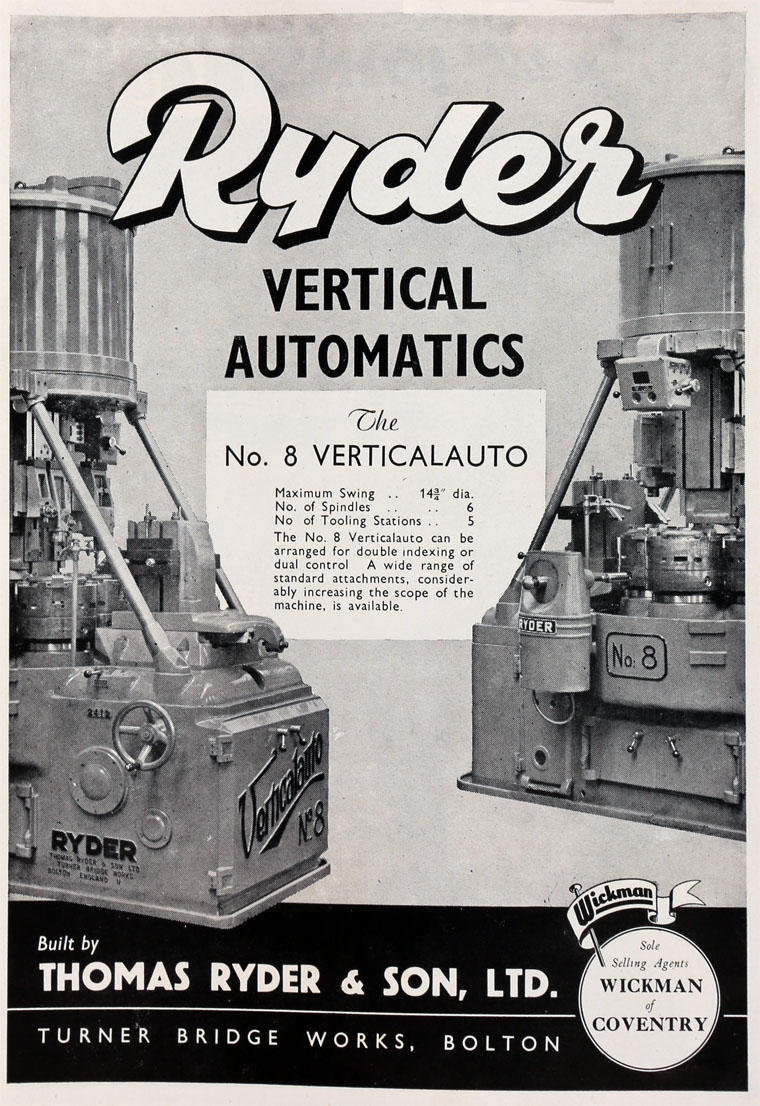 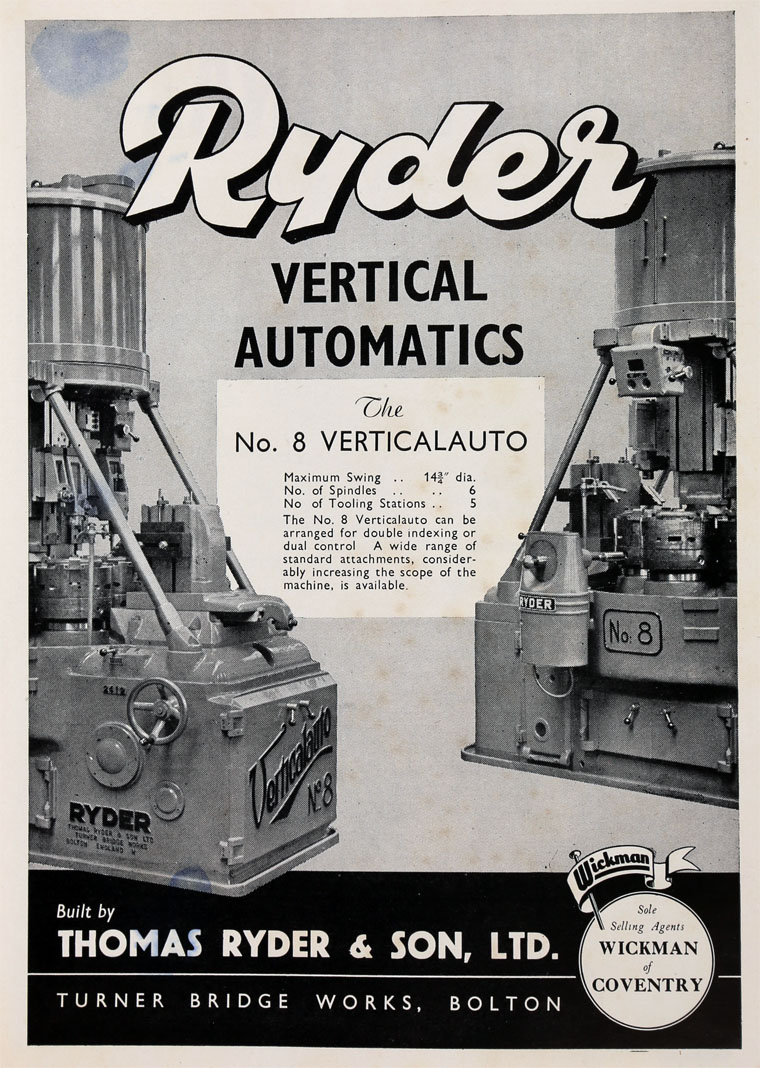 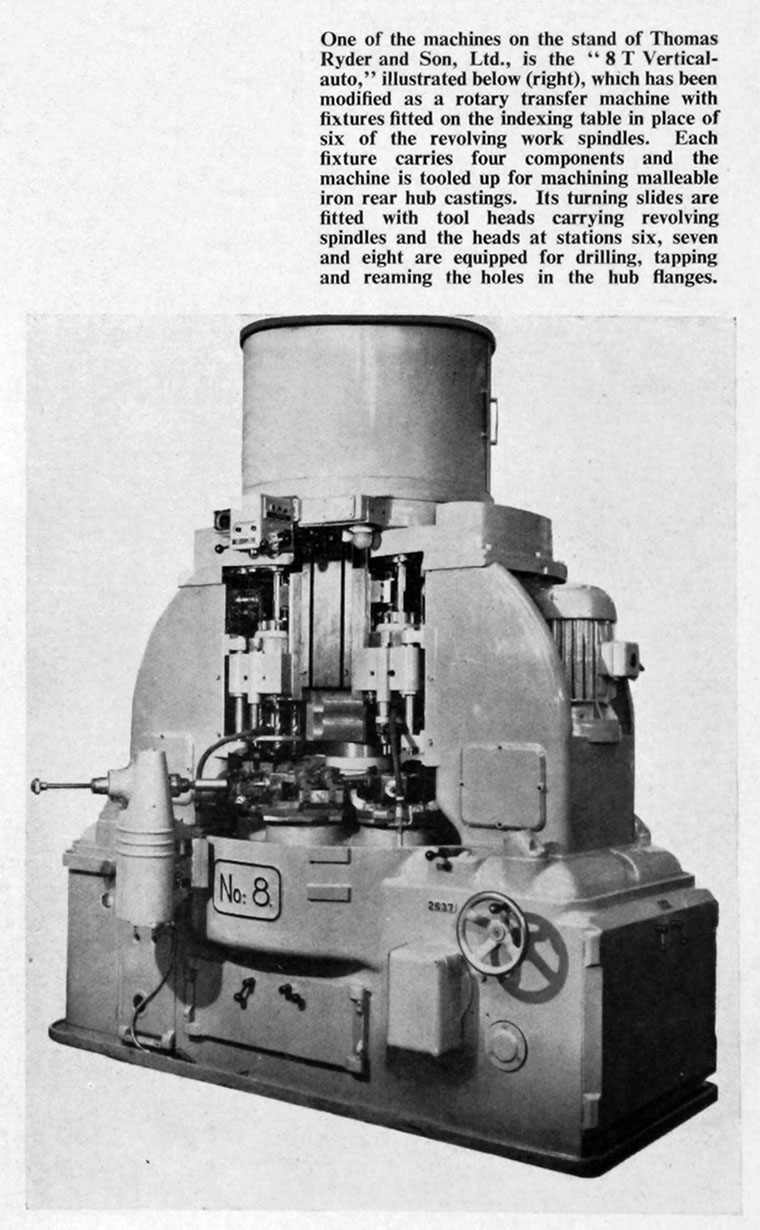 1865 The company was founded by George Ryder or Thomas Ryder (possibly a brother to William Ryder).

1979 After the engineering strike of 1979, Ryder's then owner, the Whitecroft Group showed concerns with the risks of being in the capital goods industry.

1980 May: Whitecorft announced it would close the company if it could not be sold within a year. Ryder had a backlog of business and was not allowed to take on any new orders. The workforce was reduced and 350 people left.

1981 March: Purchased by Gulf and Western.

1981 The business and certain assets were acquired by Sticksound, a subsidiary of Gulf and Western Industries[6]