Grace's Guide is the leading source of historical information on industry and manufacturing in Britain. This web publication contains 138,960 pages of information and 225,312 images on early companies, their products and the people who designed and built them. 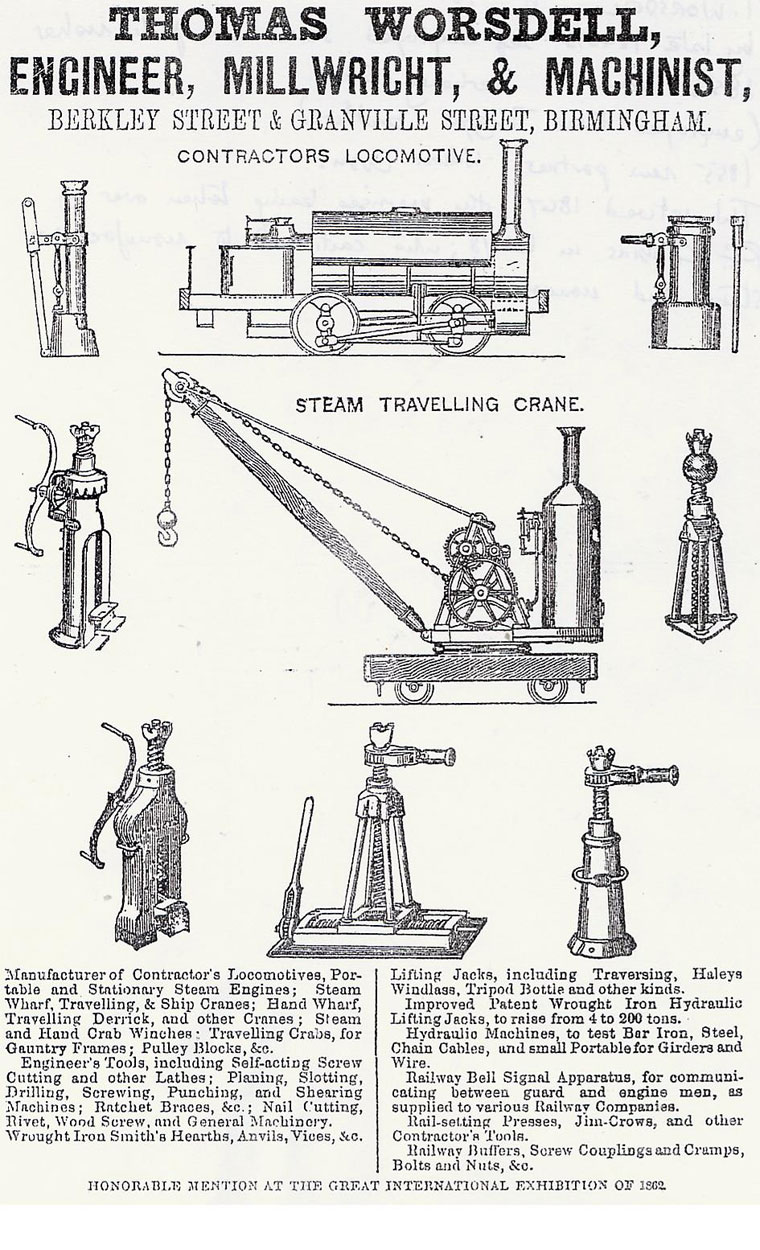 1837 Thomas Clarke moved most of his family to Leipzig when he was appointed locomotive, carriage, and wagon superintendent there.

The business was sometimes known as Worsdell and Evans.

1861 William became manager of the works.

1862 Received an honorable mention at the Great International Exhibition. [1]

1865 William fell out with his uncle and emigrated to the United States soon after his marriage, on 29 June 1865.