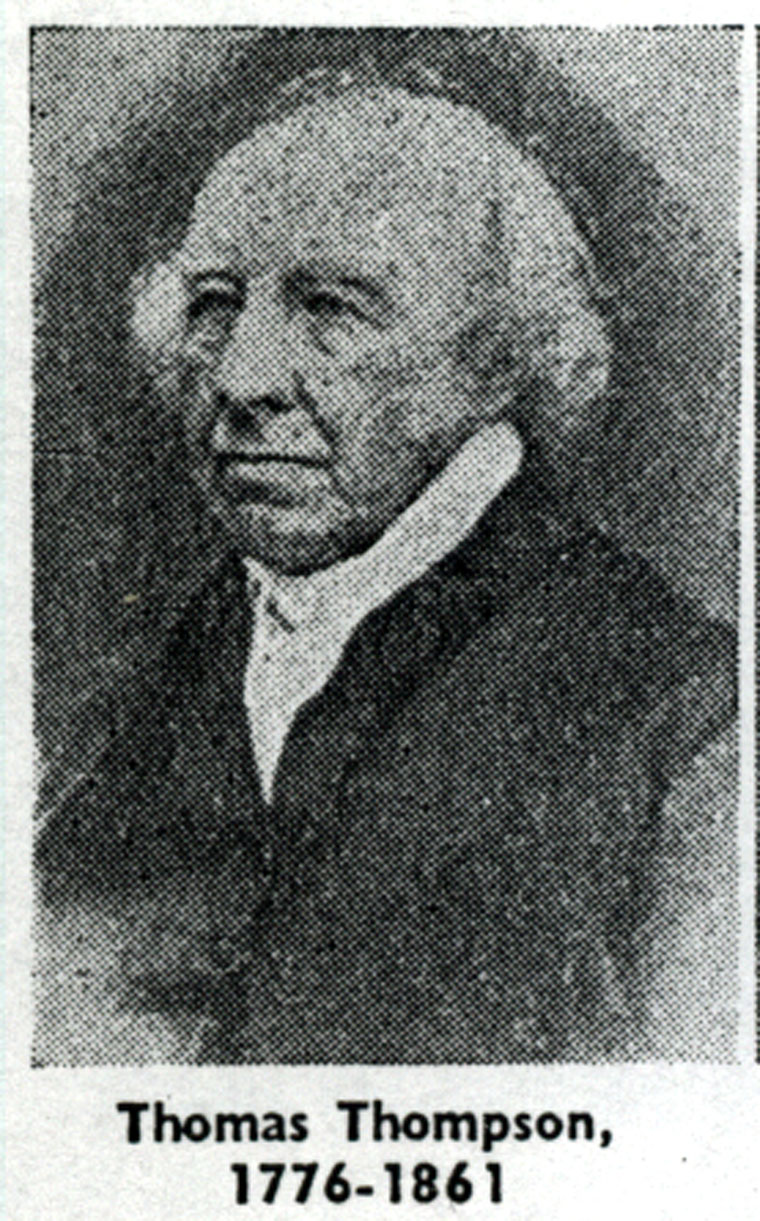 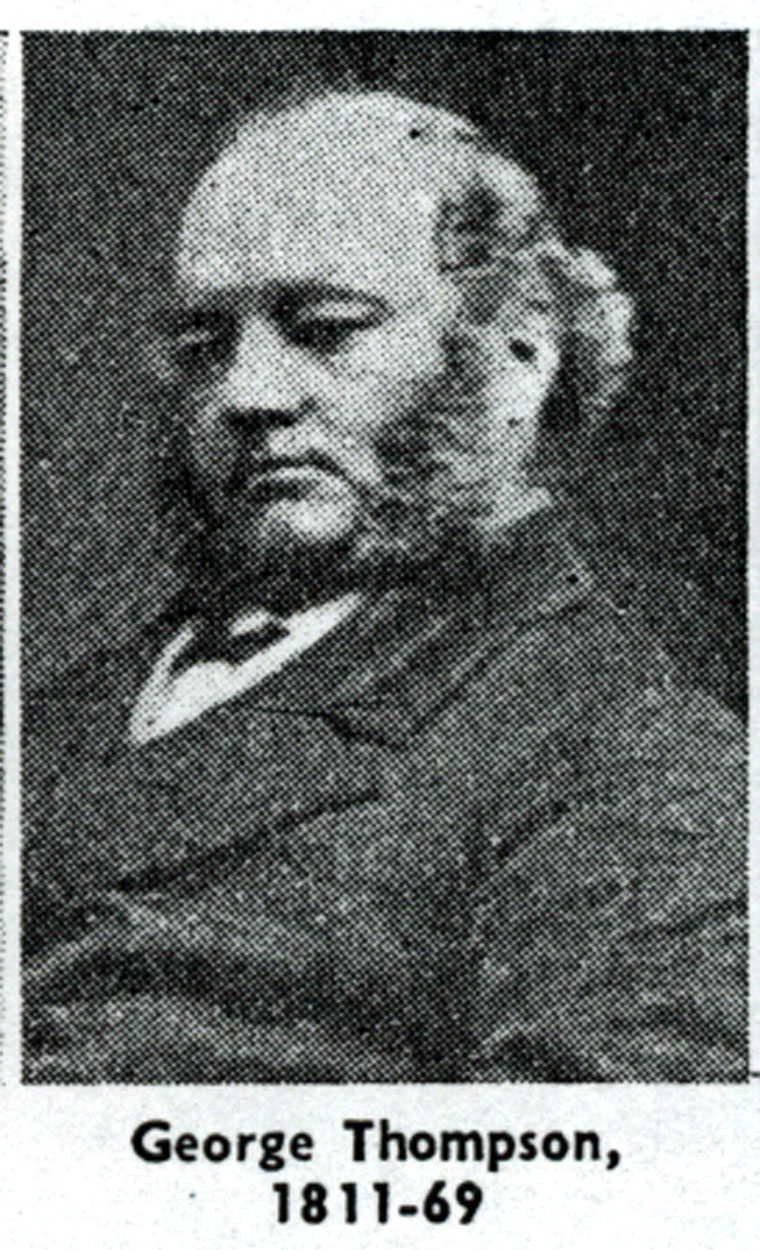 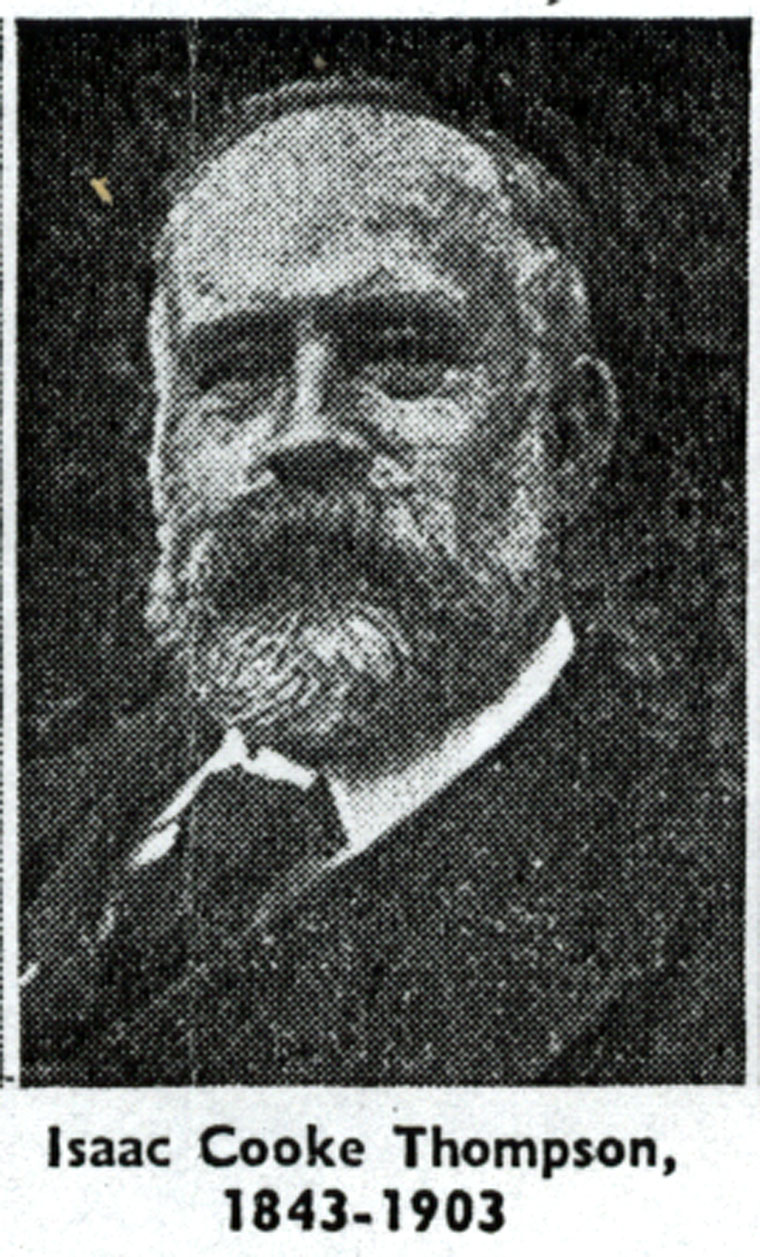 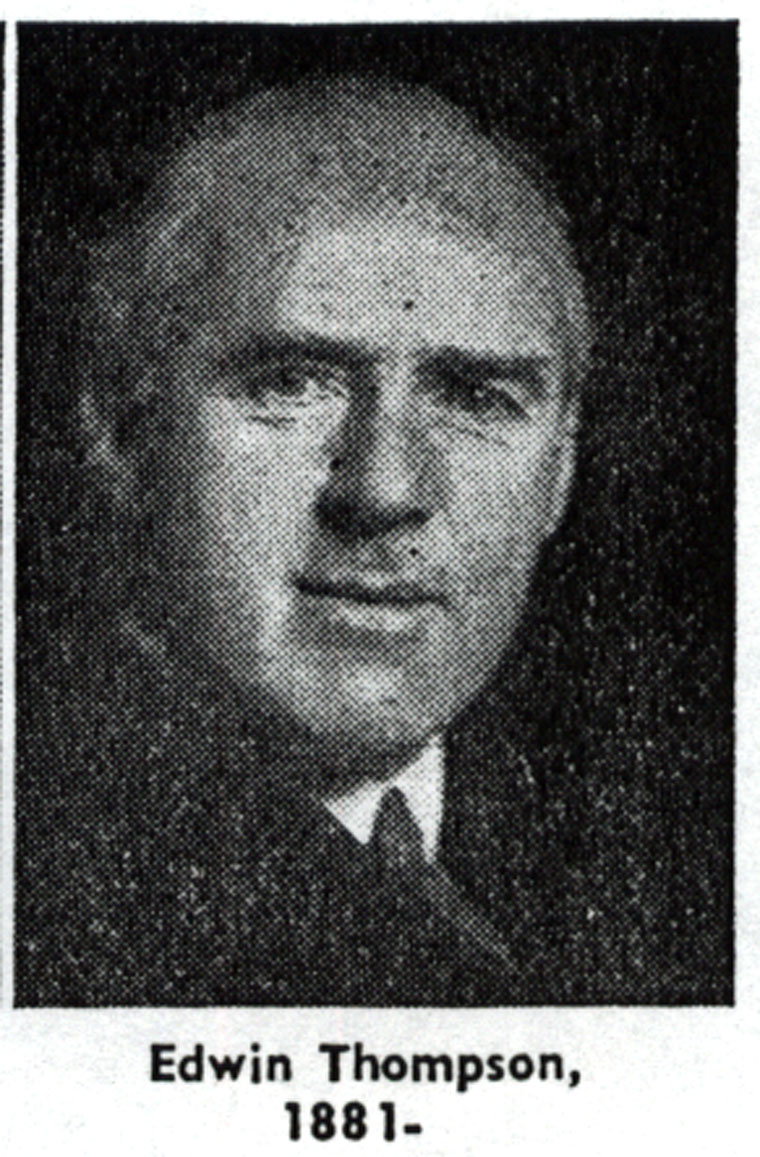 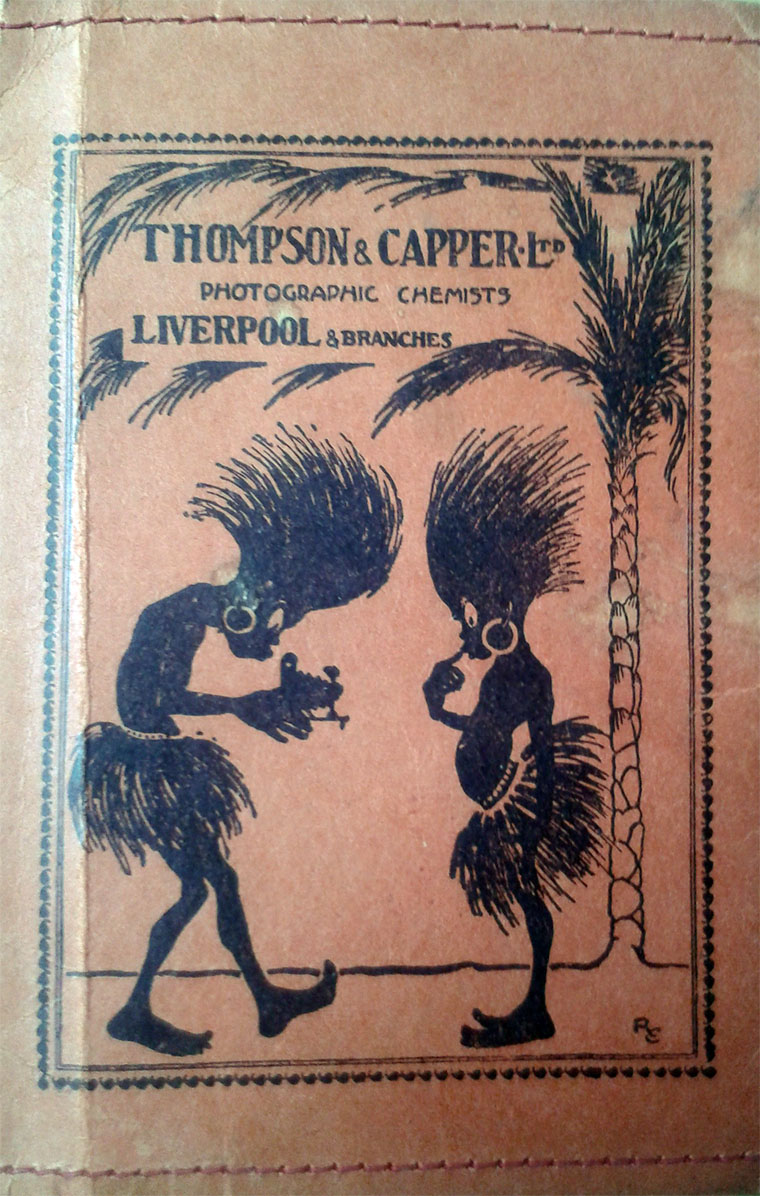 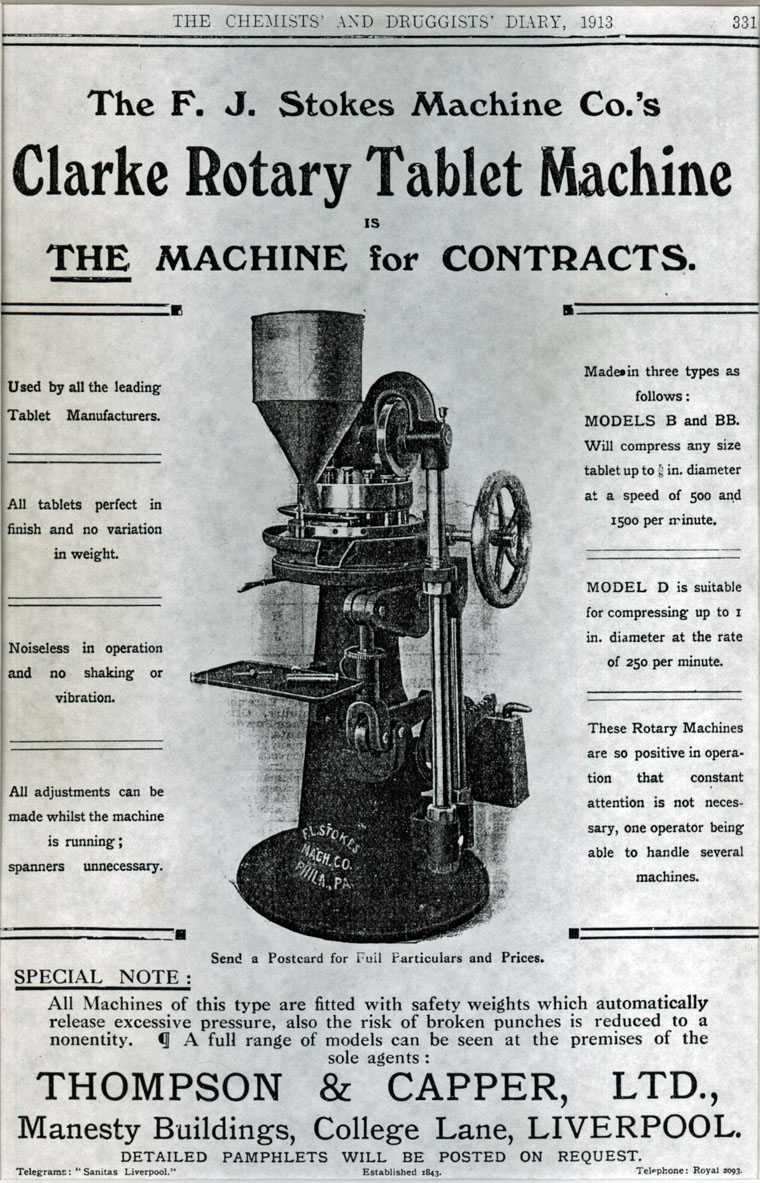 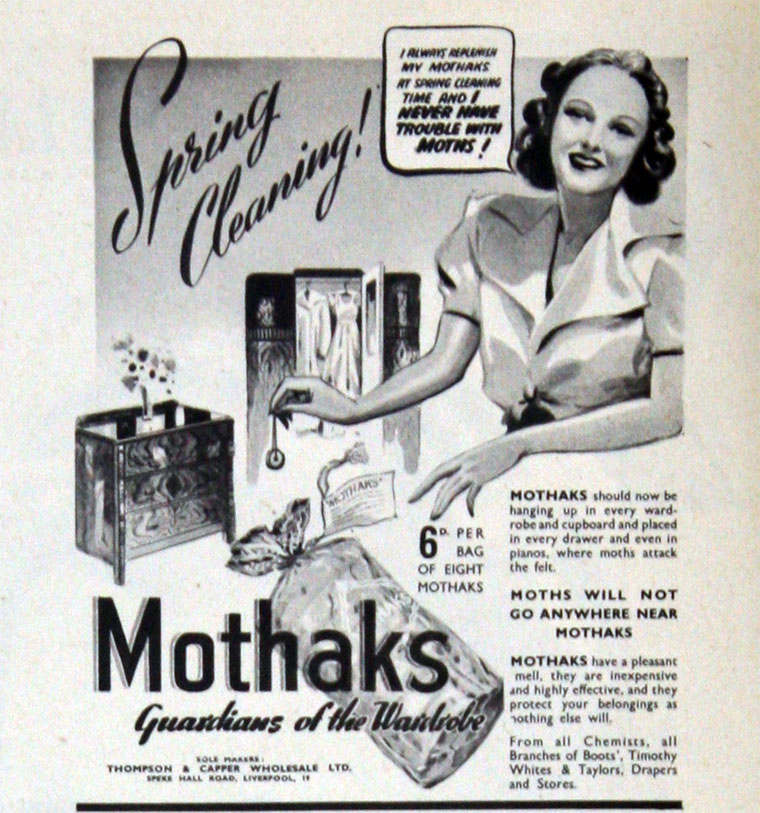 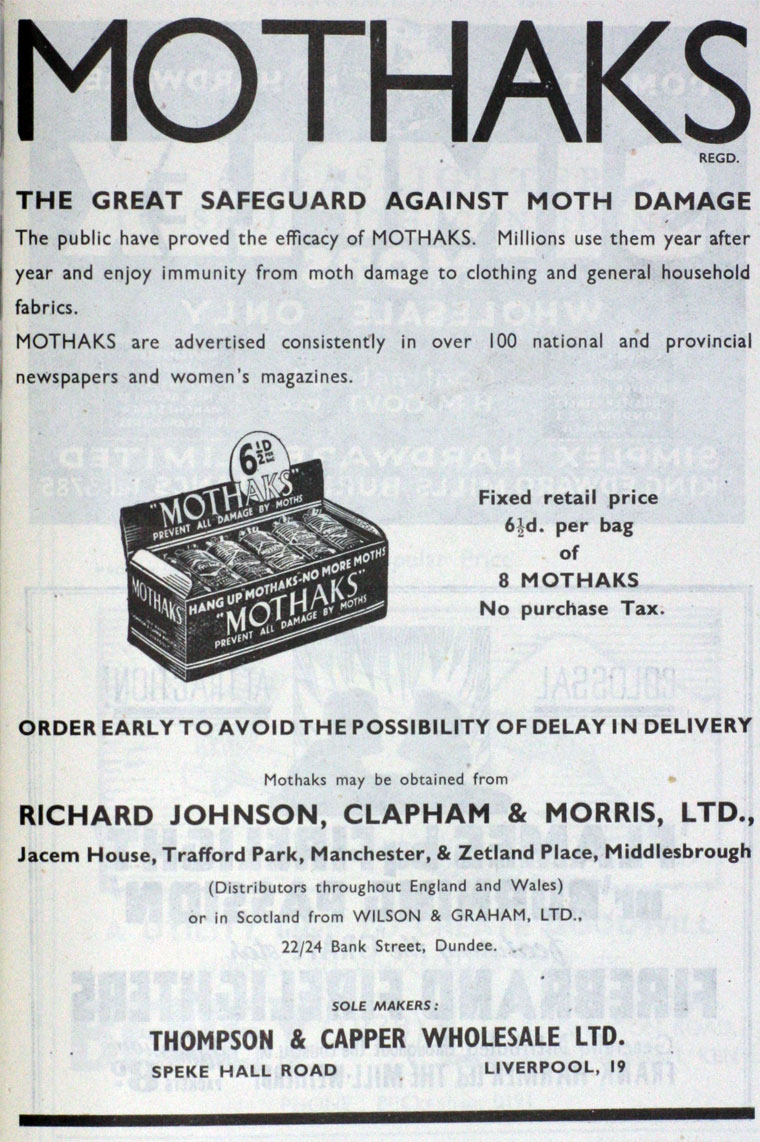 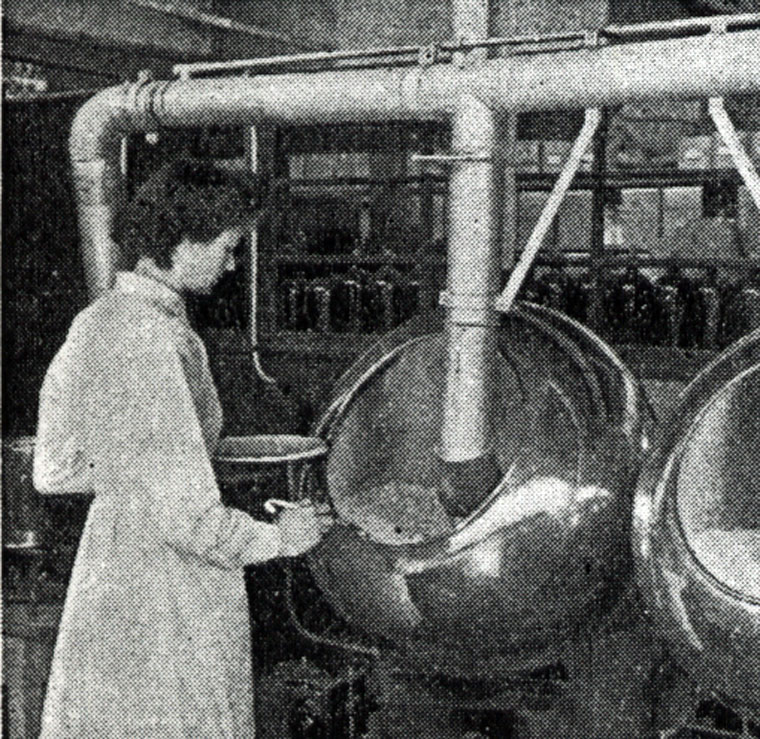 1798 Thomas Thompson started out in business on his own as a homeopathic chemist in Liverpool. He came of a family whose history is traced back to another Thomas, who lived at Great Strickland, in Westmorland. The date of birth of the first Thomas is unknown, but he had a son William who was christened in 1642. A great-great-grandson, also Thomas, a banker in Appleby, Westmorland, born in 1743, was the first of the family to become a Quaker. It was the banker's son who, on a visit by coach to London as a young man, met another Quaker, William Alien, who suggested that young Thomas should go to him as an apprentice. So Thomas Thompson went to Plough Court, Lombard Street, London, the original pharmacy of Allen & Hanburys, Ltd.. While living with Mr. and Mrs. Allen in London he formed a close friendship with a Quaker family named Phillips. Three of the brothers- William, Robert and James, became famous scientists in their day and Fellows of the Royal Society. They had a sister Frances, whom Thomas Thompson married in 1807, nine years after he had set up in business. A son George, born 1811, joined his father in business, and in 1832 the firm became Thomas Thompson & Son. A younger son, Silvanus, was the father of Professor Silvanus Phillips Thompson, Quaker,' physicist, and Fellow of the Royal Society. In 1839 George Thompson married' Eliza Cooke, daughter of Isaac Cooke, a Liverpool cotton broker and one of the founders and first directors of the Bank of Liverpool, (now Martins Bank. Ltd.).[2]

1843 S. J. Capper joined as a partner. The firm became Thompson and Capper. Originally a homeopathic chemist in Liverpool, the company grew to include a manufacturing facility as well as several retail outlets in the UK.

1843 Isaac Cooke Thompson, was born to George Thompson. Apprenticed on his fifteenth birthday, Isaac Cooke Thompson pledged himself " not to play at cards, dice, billards, tables, or any unlawful games," nor to " haunt taverns, playhouses, or other places of entertainment." Subsequently he was to become well known as a zoologist; in association with Professor W. A. (later Sir William) Herdman, he founded the Liverpool Marine Biology Committee and the Port Erin Biological Station. Isaac's son Edwin, born 1881, left Sedbergh School in 1898 to become an apprentice.[3]

In 1903 I. C. Thompson died, a few weeks after Edwin Thompson had passed the Chemist and Druggist Qualifying examination. Being of old Quaker stock, Edwin Thompson was born a Quaker, but during the Boer war, because he joined the Volunteers, the Quakers struck "his name off the register. The Society of Friends did not, however, take such drastic steps during the Great War and after. The business at that date composed ten retail branches in various towns in Lancashire and Yorkshire.[4]

Edwin Thompson visited Philadelphia in 1906, and secured the sole agency for the F. J. Stokes Machine Co. The agency flourished and eventually arrangements were made with Messrs. Stokes under which the machines were made in the Liverpool factory and called Manesty. In order to separate the manufacture of pharmaceutical products from the construction of machinery a new company, Manesty Machines, Ltd., was formed. This venture was later sold and now operates as BWI Manesty, producing modern tablet presses.[5]

In 1911 Edwin was invited with three others to visit the headquarters of the United Drug Co., Boston, Massachusetts, U.S.A., to advise on the desirability of forming a company in England to market Rexall products. He was made a director of the American and later of the British companies. Edwin Thompson's interest however, was in manufacture, and he started a factory at Manesty Buildings, Liverpool. The firm became a limited company in 1912, with Edwin Thompson as governing director.[6]

In 1928 all the retail branches were sold to Taylors, Ltd., Leeds, and the purely manufacturing business that remained was reconstructed unnder the title Thompson & Capper Wholesale, Ltd.[7]

In 1937 a seven-acre site was purchased at Speke, Liverpool, seven miles from the city centre, and a new factory was built housing both Thompson & Capper Wholesale, Ltd. and Manesty Machines Ltd..[9]

1948 The company specialise in tablet-making, not only of medicines but also of other materials such as foodstuffs, preforming plastics, etc. They also manufacture proprietary preparations for other firms. It is nearly twenty years since they first put on the market Mothaks, and sales of this effective and popular anti-moth preparation have now reached fifty million a year. Q .A. quick-acting aspirin tablets have also a very large sale. Other well-known products of the company are Quinphos tonic, Cornol corn remedy, Varicones, the Goldon Arrow series of preparations, and many others. During the war the company undertook many large contracts, often at short notice, for making tablets of tea; salt (to counter-act the loss of body salts by perspiration).[11].

1976 Thompson and Capper relocated to Runcorn in Cheshire, to concentrate on the manufacture of tablets. The have since evolved into a major manufacturer of quality tablets and capsules to some of the best known companies and brands in the world.

1998 Following a major expansion and a purpose built factory for the manufacture of vitamins, minerals and supplements, the Medicines Control Agency granted a full manufacturing licence.

1999 DCC plc, acquired Thompson and Capper Ltd, providing the company with the financial support and focus for expansion.

The company is still located at Astmoor, Runcorn, Cheshire. (06/08)