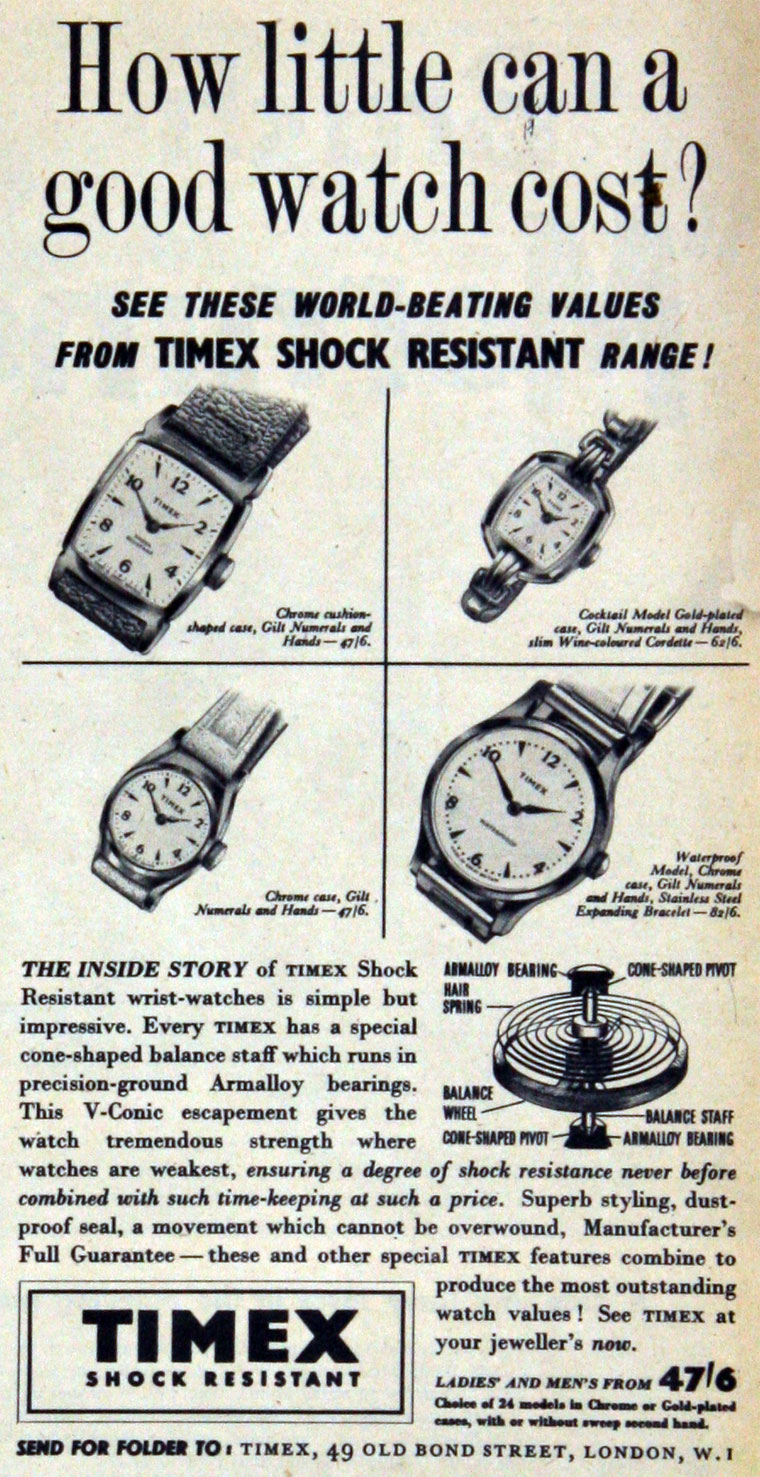 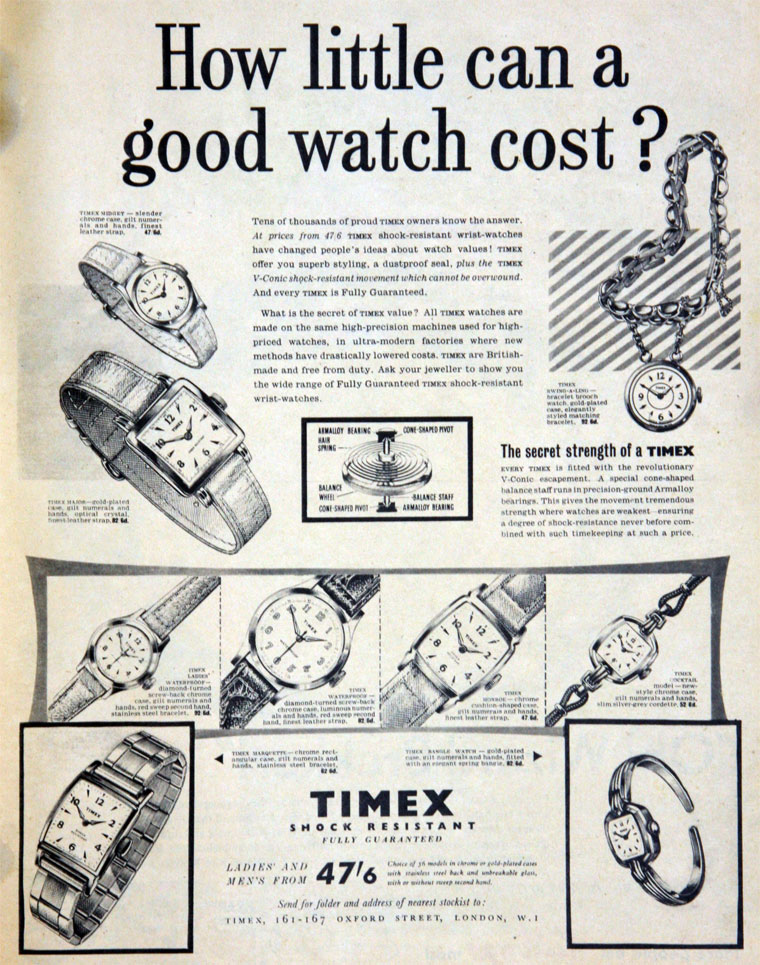 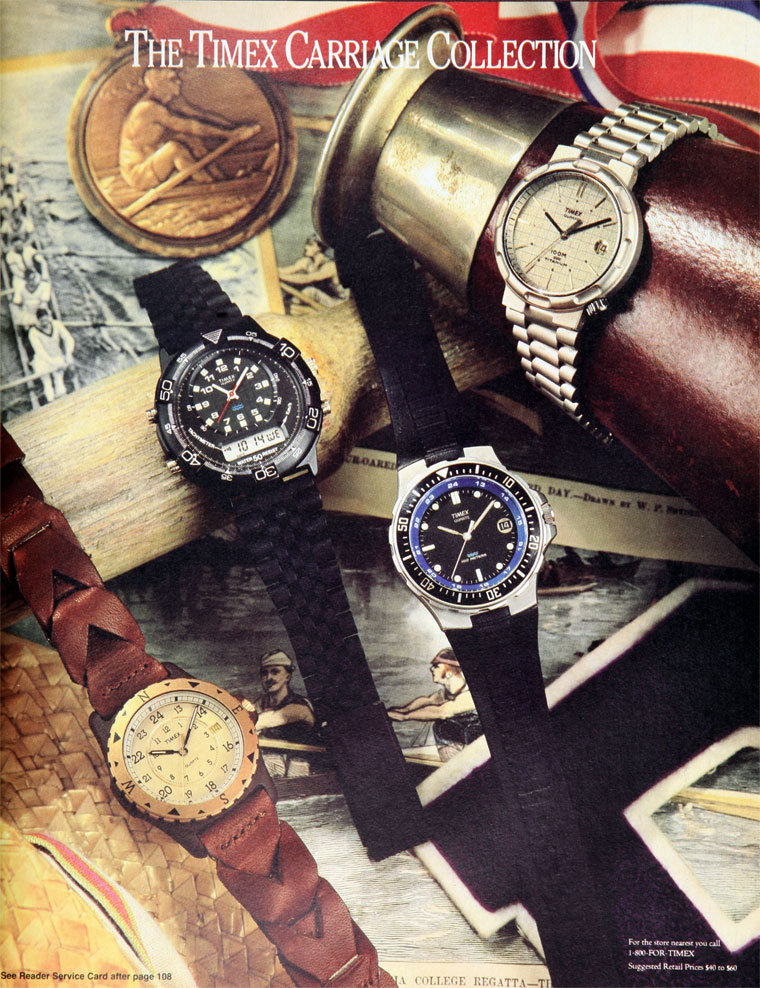 Timex of 49 Old Bond Street, London, W.I and of Dundee.

1946 A 44-acre site was established in Dundee for U. K. Time, a subsidiary of U. S. Time Corporation

Two more sites were established over the next few years as the company went from strength to strength.

1960 Timex was employing 1,500 in Dundee and was the the UK's largest exporter of watches.

1966 Timex was producing a Polaroid camera at it's site.

1979 The Polaroid contract ran out.

By the beginning of the 80s the workforce dropped to 4,300. Timex gained contracts to make IBM products, mainly keyboards, along with a contract to make the Nimslo 3-D camera.

1981 Timex gained the manufacturing contract for the Sinclair ZX81 computer.

1982 Gained a contract for the Sinclair Spectrum computer. This diversification saved 2,000 jobs.