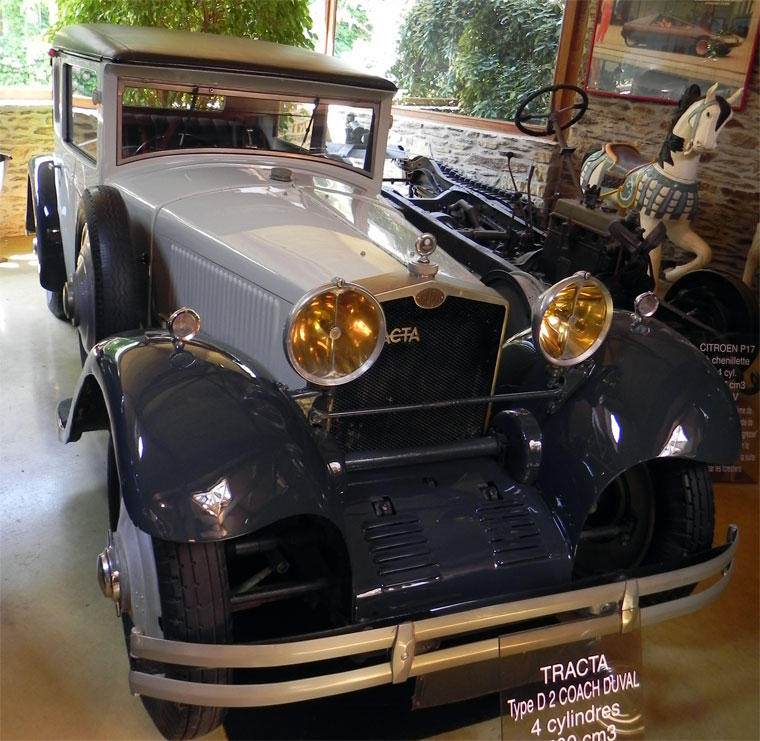 Tracta was a French car maker based in Asnières, Seine, that was active between 1926 and 1934. They were pioneers of front wheel drive vehicles.

The cars were designed by Jean-Albert Grégoire and were initially built in small numbers for competition use though some were used on the road. They used a front wheel drive system featuring Grégoire's patented Tracta universal joint and sliding pillar independent front suspension and a live axle with quarter elliptic leaf springs at the rear. 1,100, 1,200, 1,500 and 1,600 cc engines made by S.C.A.P. were available with optional Cozette supercharger. The 1,500 cc car was claimed to reach 80 mph.

The first cars were made in a workshop in Versailles but Grégoire soon moved to a small factory in Asnières. After about 140 cars were made there came a change of engines with larger six cylinder 2.7 litre units from Continental and 3 and 3.3 litre ones from Hotchkiss fitted in coupé and saloon bodied road cars.

The company failed to make money from car manufacture and production stopped in 1934. Grégoire kept the factory on for his design and engineering work.