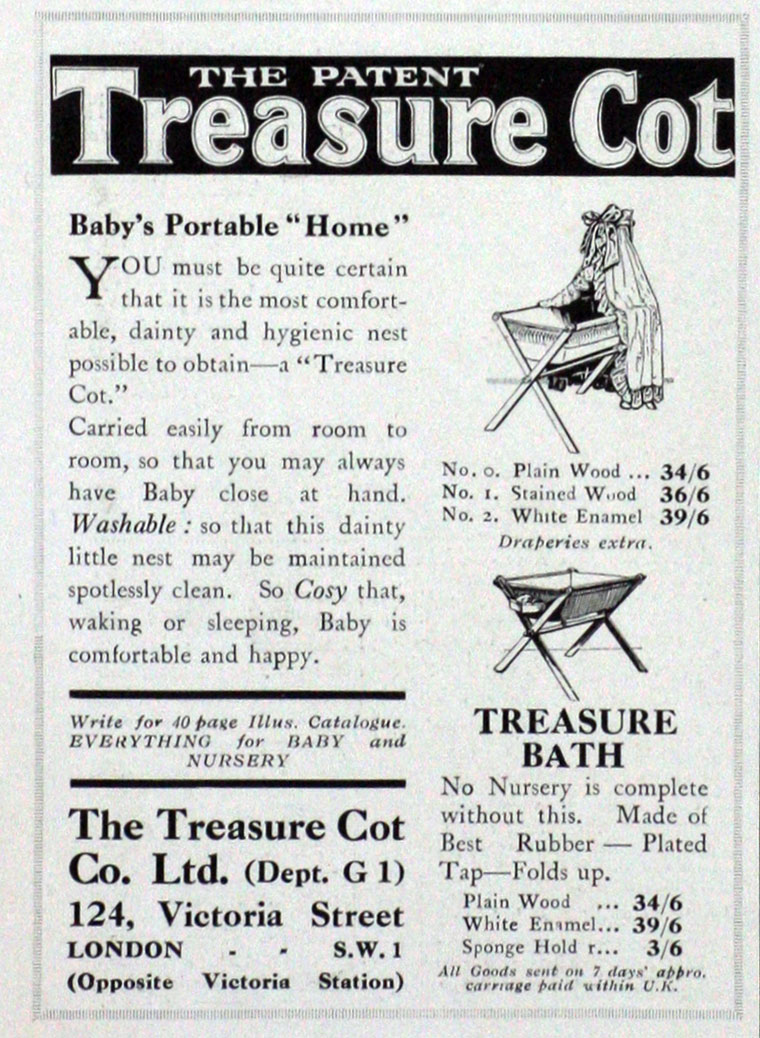 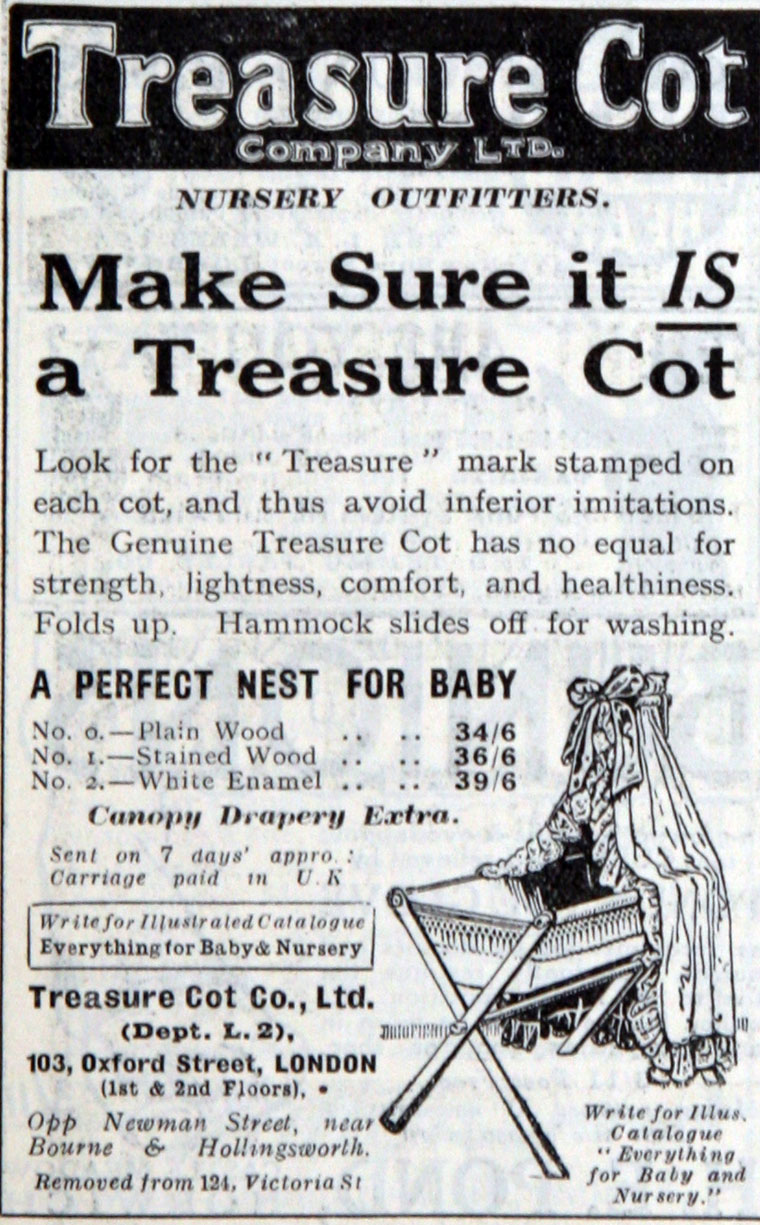 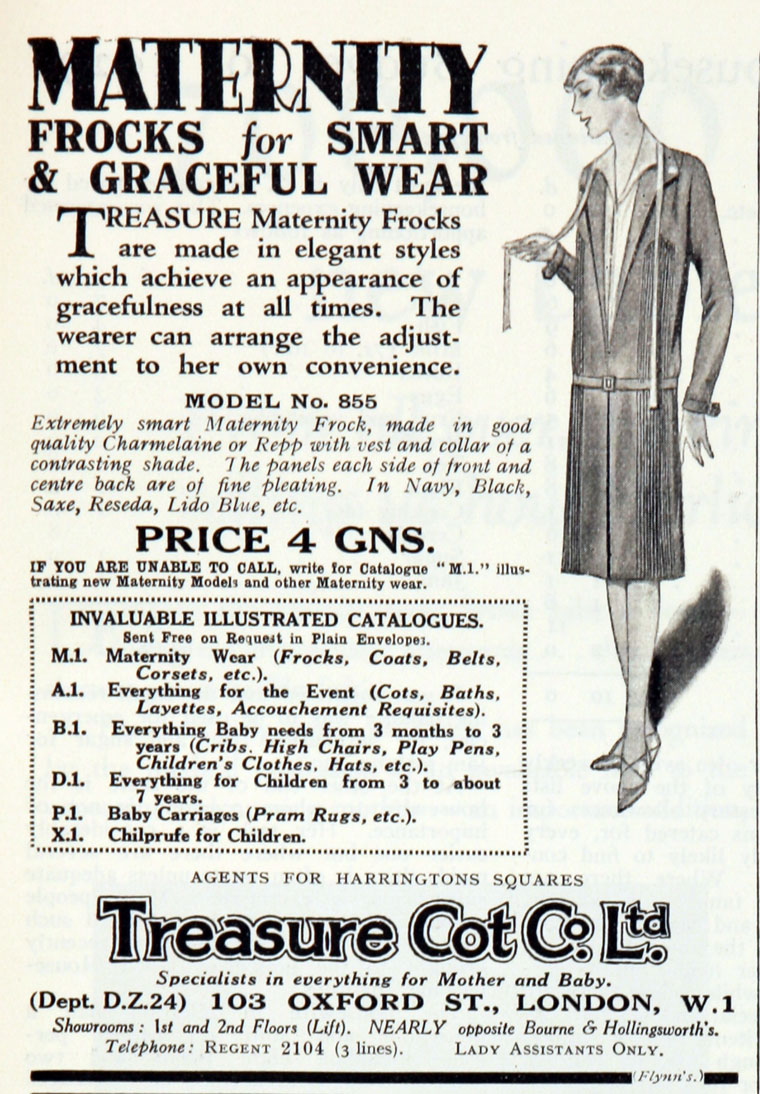 Notes
'"I was sometimes taken to visit relatives in King Henry’s Road (in London) to a tall thin house which seemed to house numerous odd relatives, including Aunt Emma Clark (my grandmother's sister) and her husband, John.... Downstairs was a half basement where there were always mysterious large bales of fluffy stuff and strange thick white cord. It was only years later when I mentioned it to my mother that I was told that Uncle John had invented a special baby cradle and the cord was knotted a certain way to make the body of the cot and he held the patent. It was called a Treasure Cot. Anyway it seemed to make enough income to keep quite a few people..."'[1]