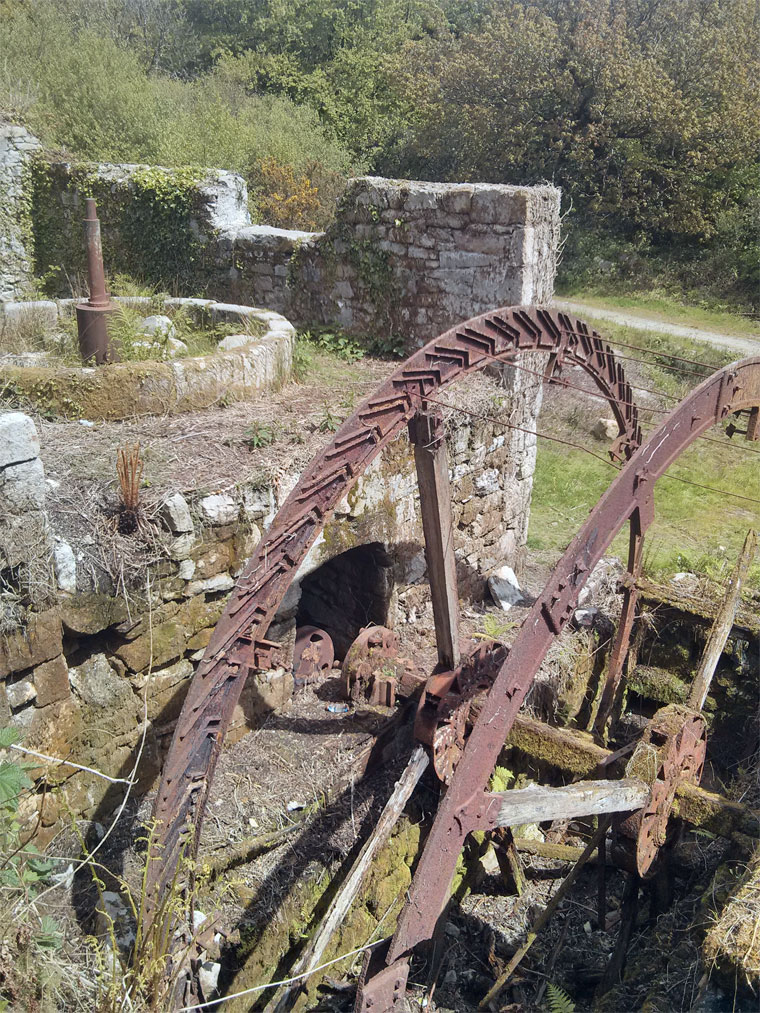 Wheal Arthur works from above showing the grinding pans.

Two grinding stones were run off the same overshot waterwheel. 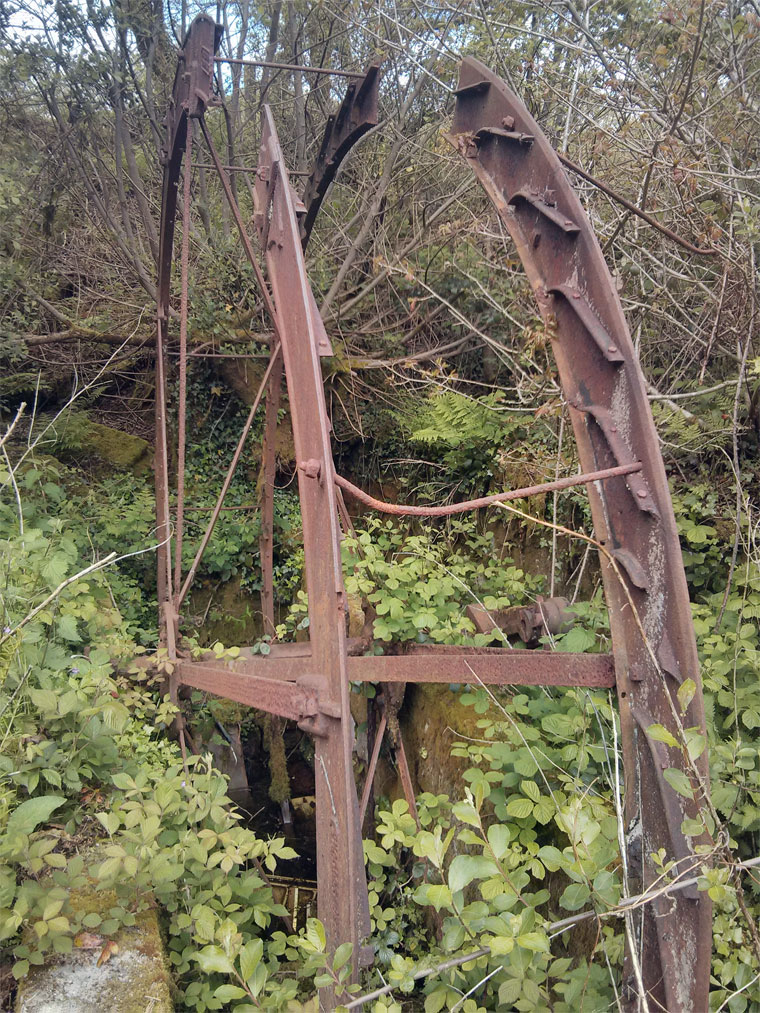 Nearby waterwheel made at the Charlestown Foundry.

Wheal Arthur works, showing the stack at the far end. 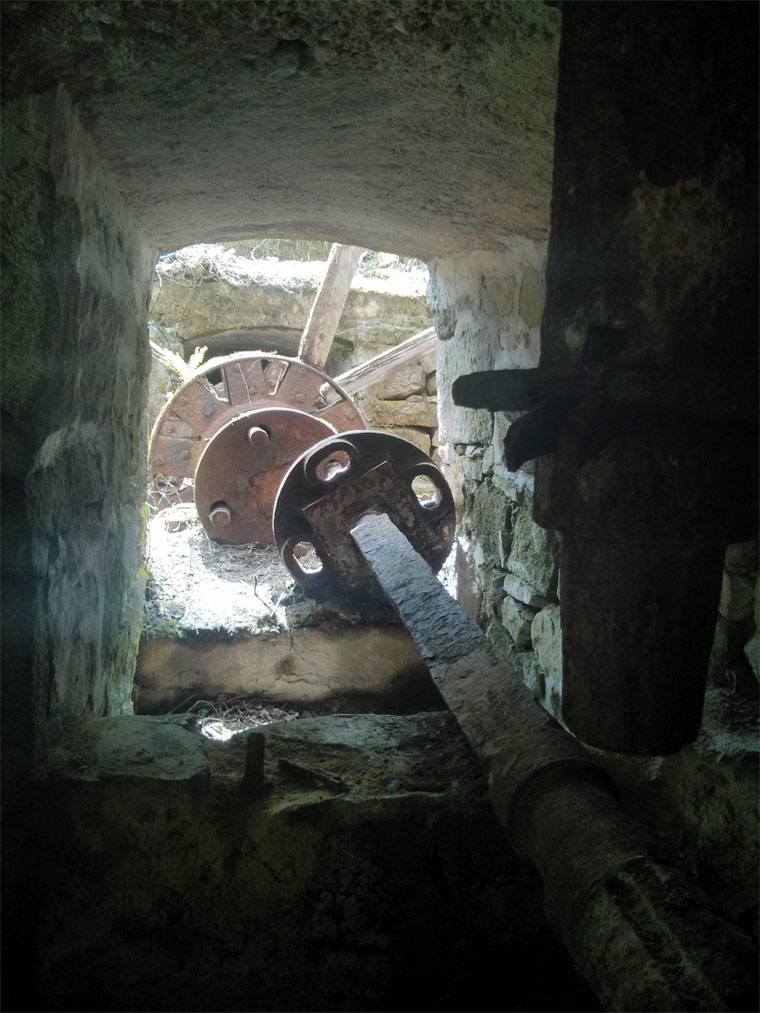 Axle from the water-wheel underneath the grinding stone above at Wheel Arthur.

Remains of the hub of the mighty wheel at Wheel Arthur..

Remnants of the tramlines that brought the trucks of ore to be milled.

The Tregargus Valley is situated just north of St.Stephen in Brannel, Cornwall.

In the late 19th century it was an industrial location with China Stone quarries and mills operating from around 1870. Some of these continued working right up until 1965. [1]

The earliest two mills were Wheal Arthur and Trevear, with their own associated pan kilns. These complexes were both recorded on the 1880 OS map as were three more mills in the centre of the Valley. These central mills did not have their own dries and pumped the clay slurry to Gwindra. Two of these mills have been destroyed and the other only survives in part. Big Wheel Mill and the Lower Tregargus Mill, which has a double wheel, were both constructed in the last decade of the 19th century. [4]

These mills produced unique products from the decomposed granite specific to the geology of the area. In fact, these China stone mills are only found in Cornwall and the Staffordshire potteries; but the Staffordshire stone mills were not used solely for china stone and were principally used for flint. Only in Cornwall are these stone mills found in direct association with their raw materials, and their complex supporting infrastructure, of leats, drying pans and tramways, is thus regionally distinctive.

The quarries have been infilled, but remains of some of the mills survive today and the entire valley is abundant with the reminder of its industrial past.

The valley has been rediscovered and made available by The Tregargus Trust, which is a charitable organisation that manages the Tregargus Valley, aiming to unearth its many historic China Stone buildings.