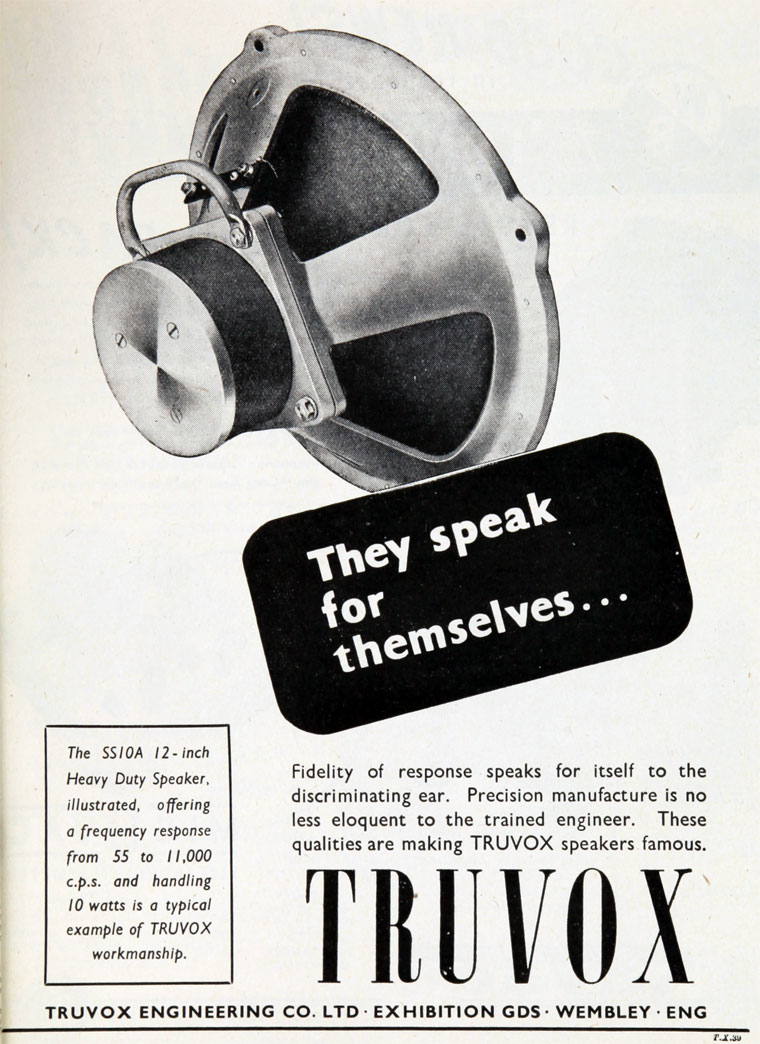 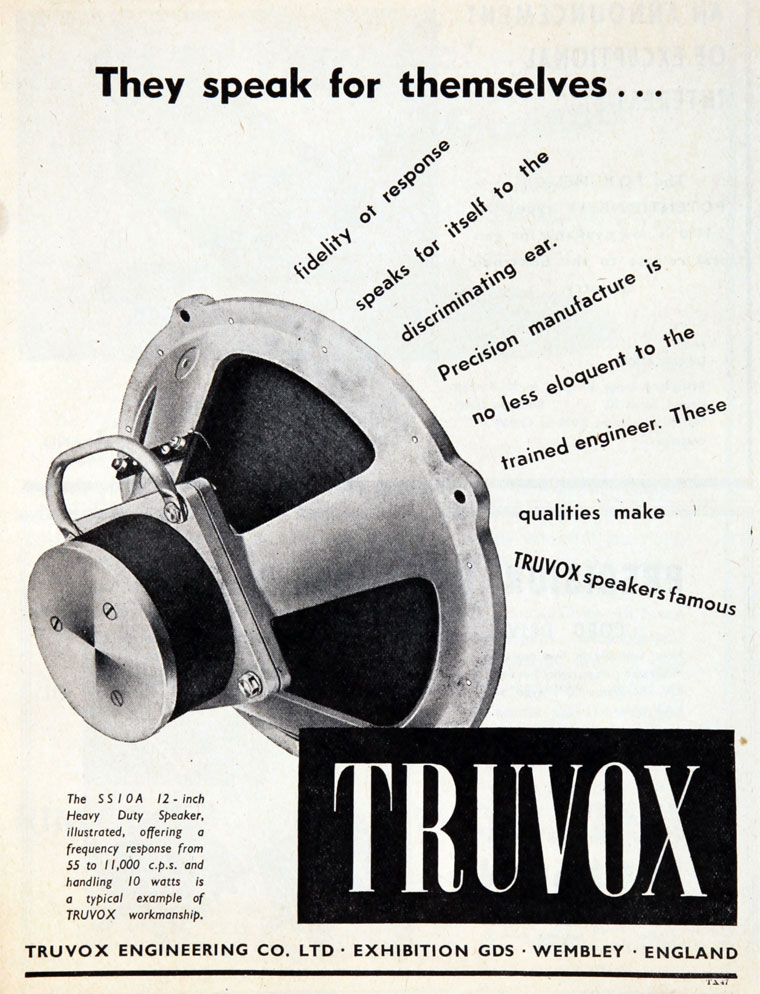 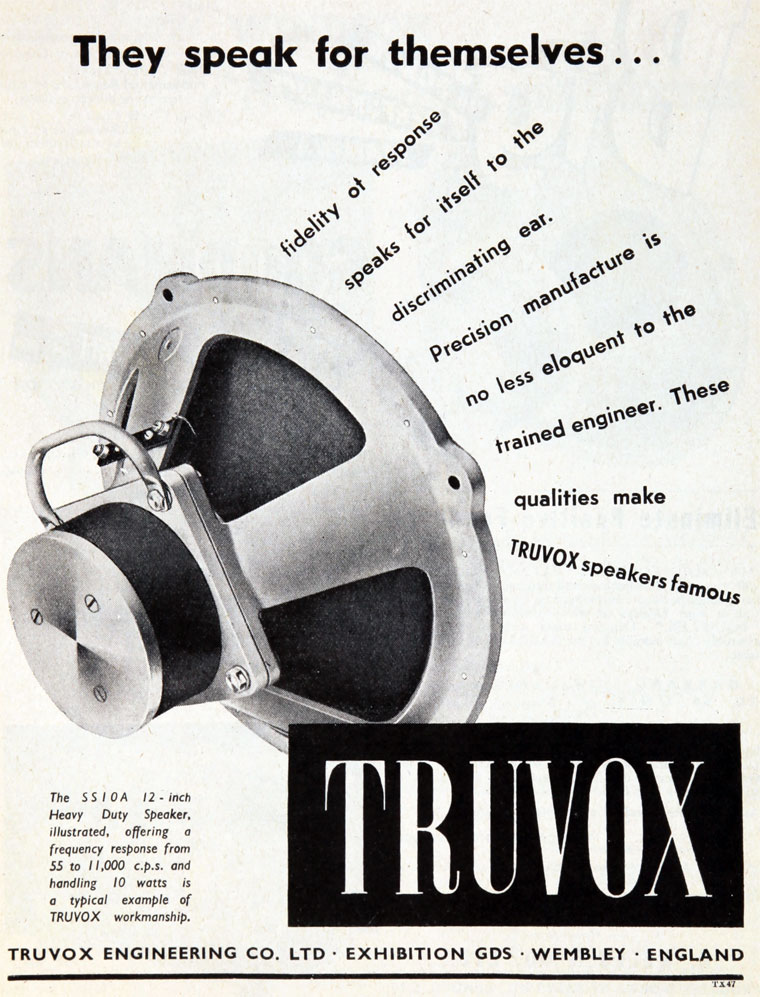 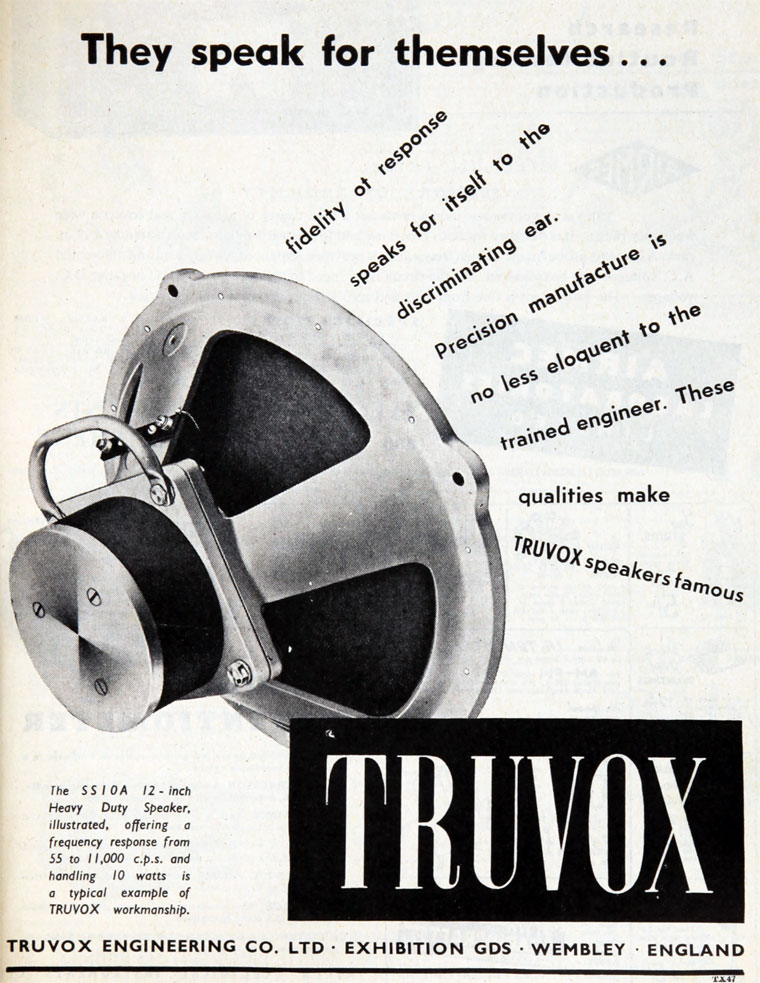 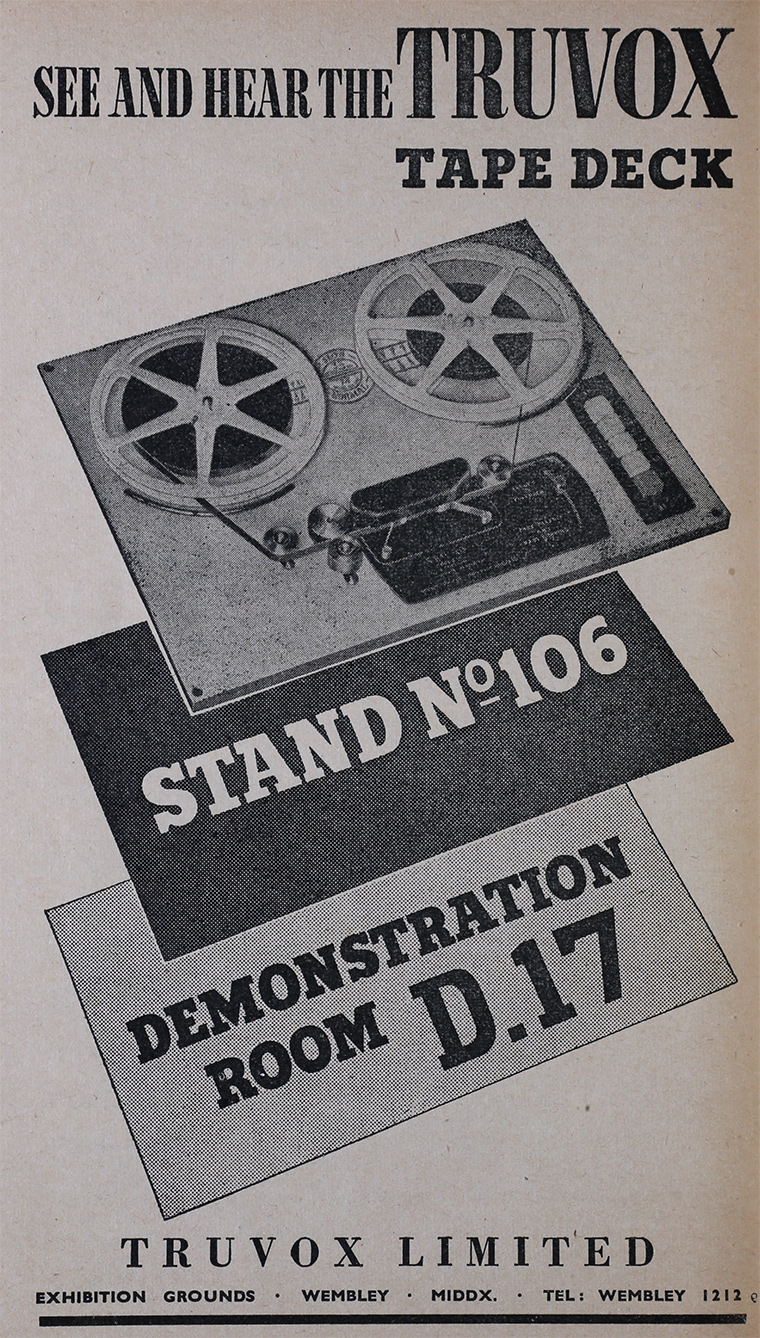 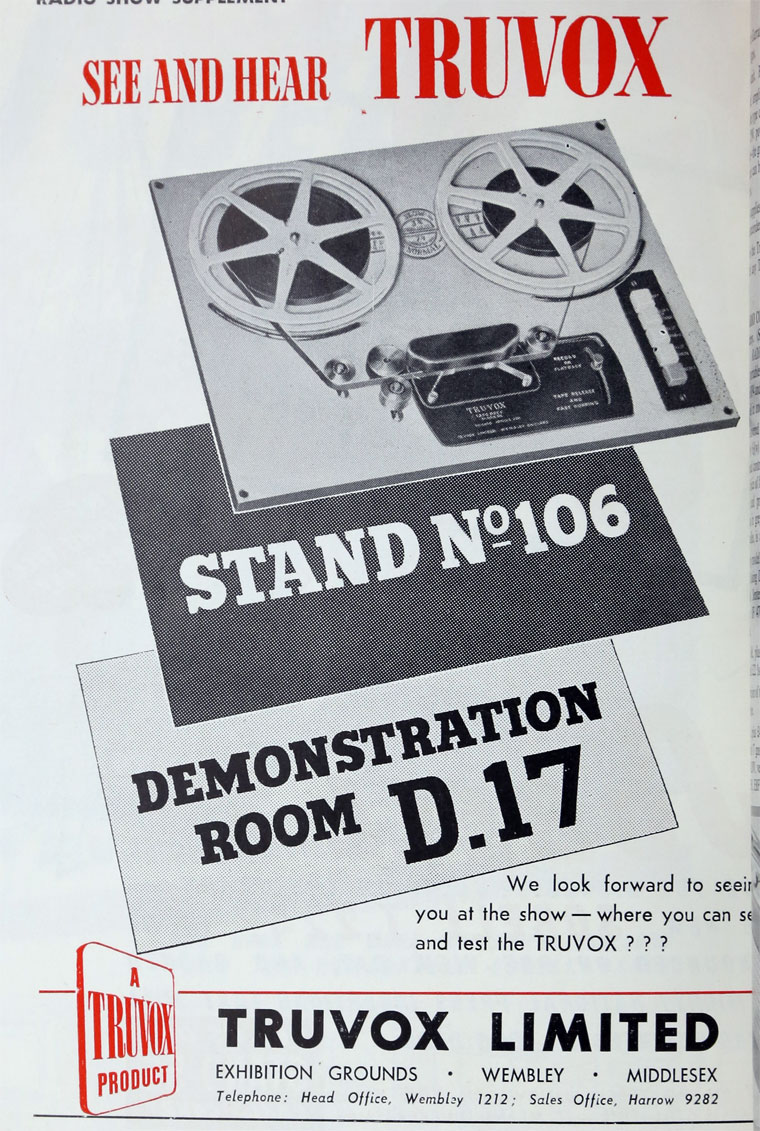 Truvox was well known for its Public Address loudspeakers and systems. These covered the whole spectrum of this market and included such units as horns and loudspeakers for cinemas and many acoustic devices for the Forces which Truvox had developed and produced during World War Two.

1967 Controls and Communications acquired Truvox (tape recorders and equipment) from Truvox (Neasden), which had previously been controlled by D. D. Prenn's family trusts.[3]

1969 Controls and Communications was acquired by Racal.[4]

1969 Reverse take-over of Truvox Engineering, "the Rola firm", which was injected into the Weingarten Brothers corsetry group; this transaction valued the owner (D. D. Prenn)'s shares at £1.26 million; the assets of Truvox included £1 million worth of Racal Electronics shares.[5] The company created by this was named Celestion Industries plc.[6]