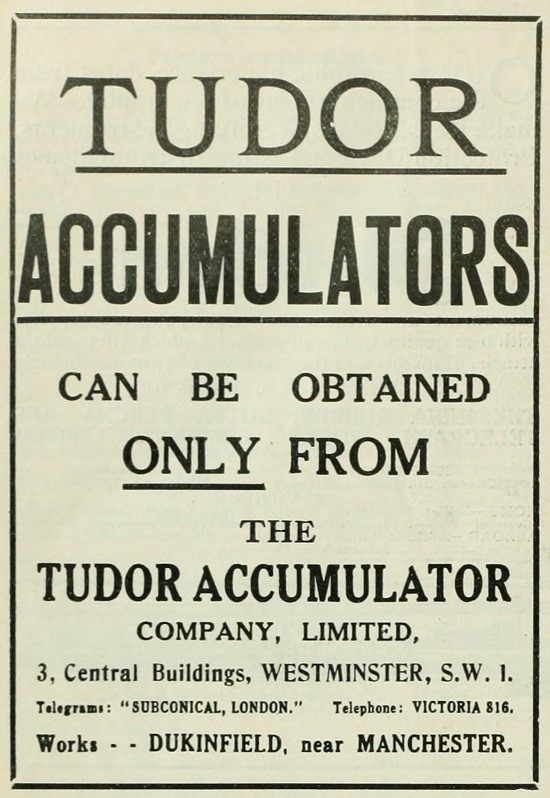 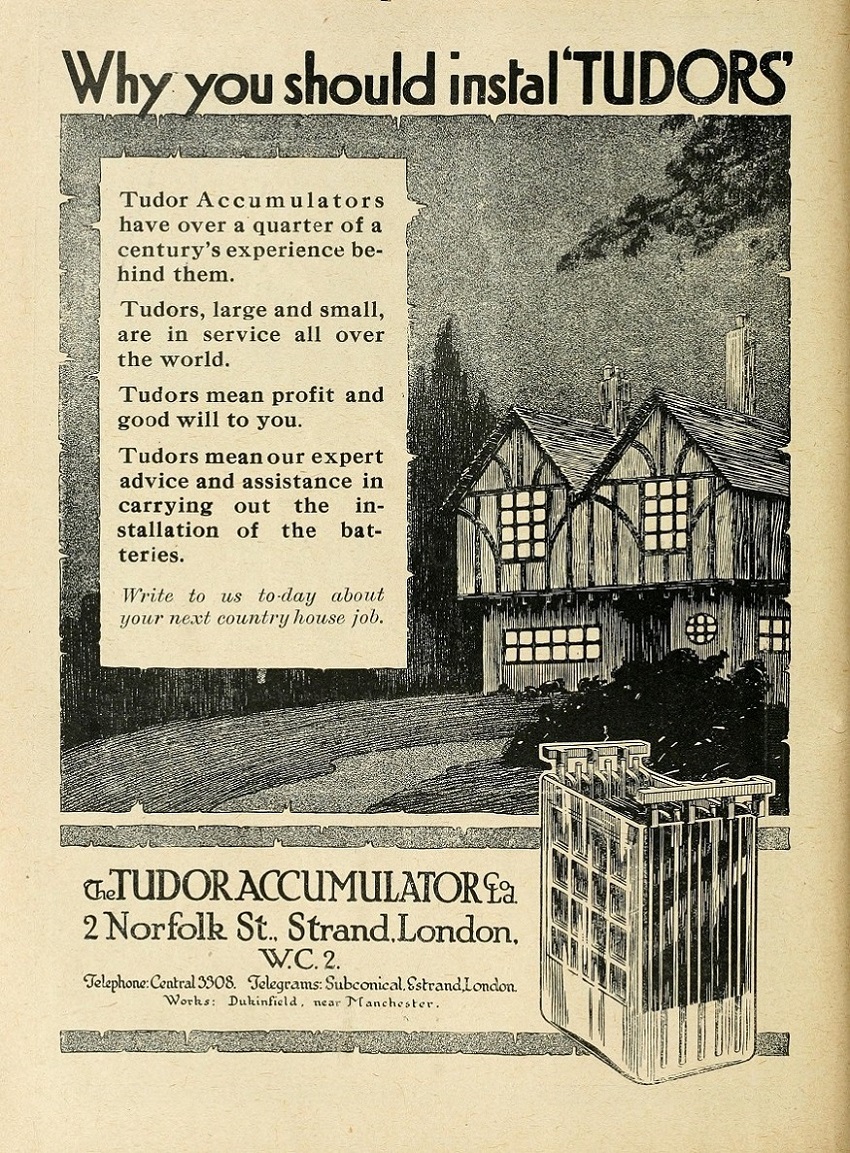 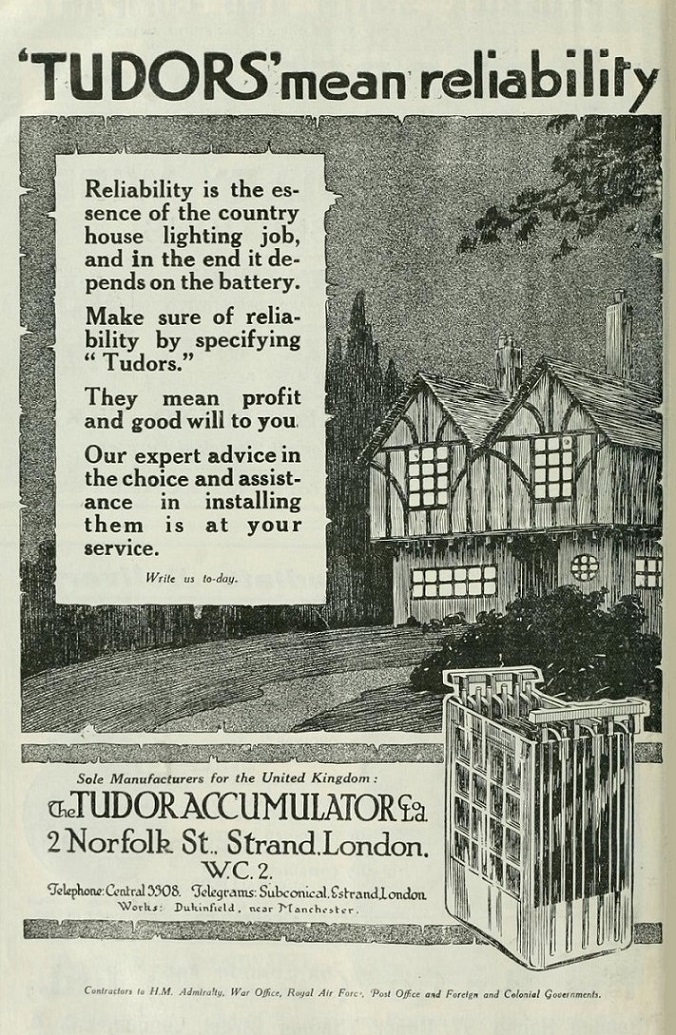 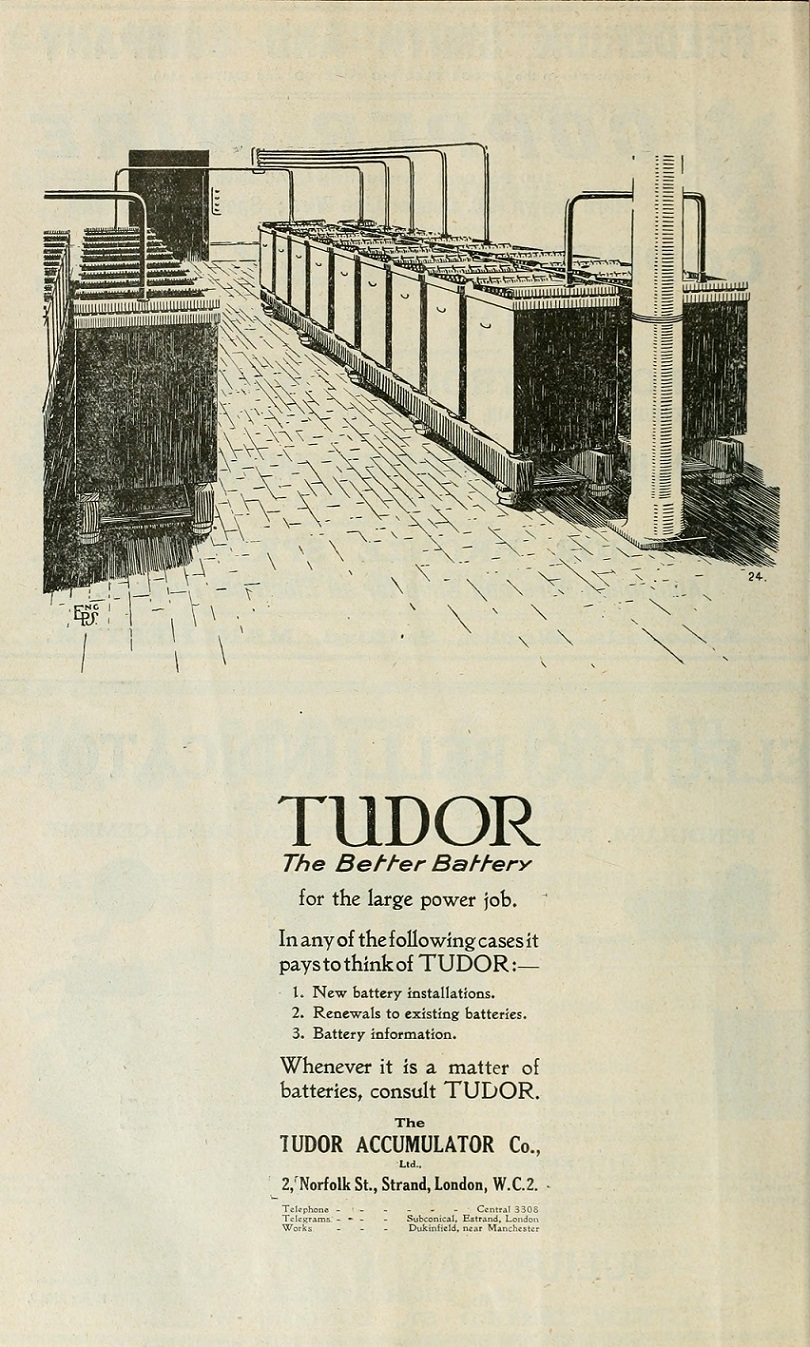 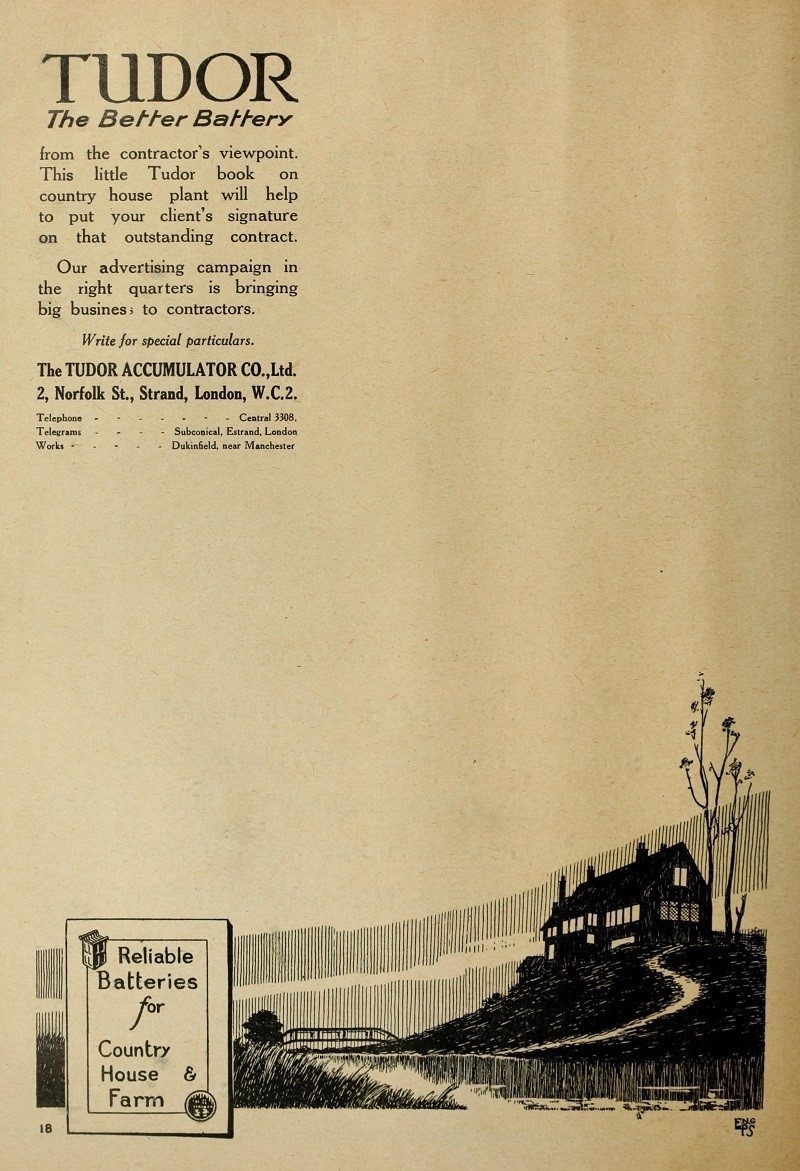 of Barnmeadow Works, Dukinfield, near Manchester.

Company established to work the patents of Henri O. Tudor (who lived in Luxembourg). A number of other Tudor companies were set up elsewhere in Europe.

1917 95% of the shares, which were owned by enemy aliens, were vested in the Public Trustee; Chloride tried to buy these shares but did not succeed; Hart Accumulator Co, D. P. Battery Co and Pritchetts and Gold bought the shares jointly between themselves. The Rail Welding Co was spun off to handle the rail-welding business.

1922 Chloride Electrical Storage Co acquired an equal share with the 3 other battery companies in the ownership of the Tudor company.

1930s One of the main manufacturers of traction batteries in the Chloride group[3].