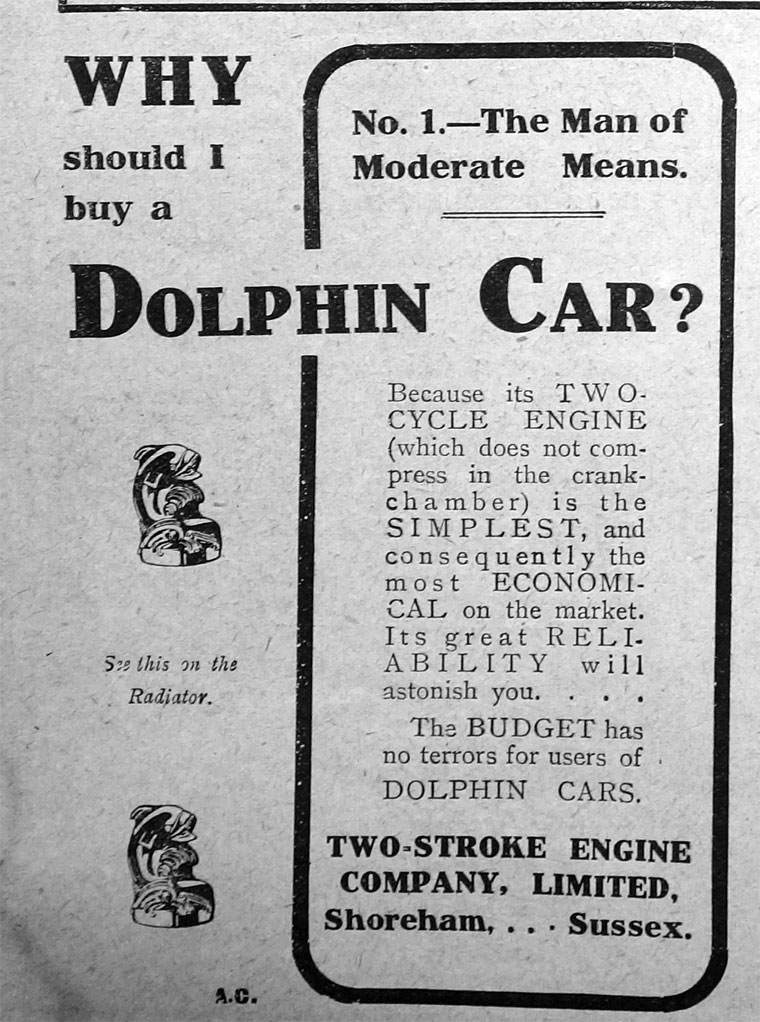 of Shoreham by Sea

c.1907 Company formed by Harry Ralph Ricardo to build engines and a car he had designed.

A number of engines were sold for small boats

1908 October. Announce they will be launching a 28-hp two-cycle engine car next year.[1]

1908 November. Details of the Dolphin engine shown at Olympia.[2]