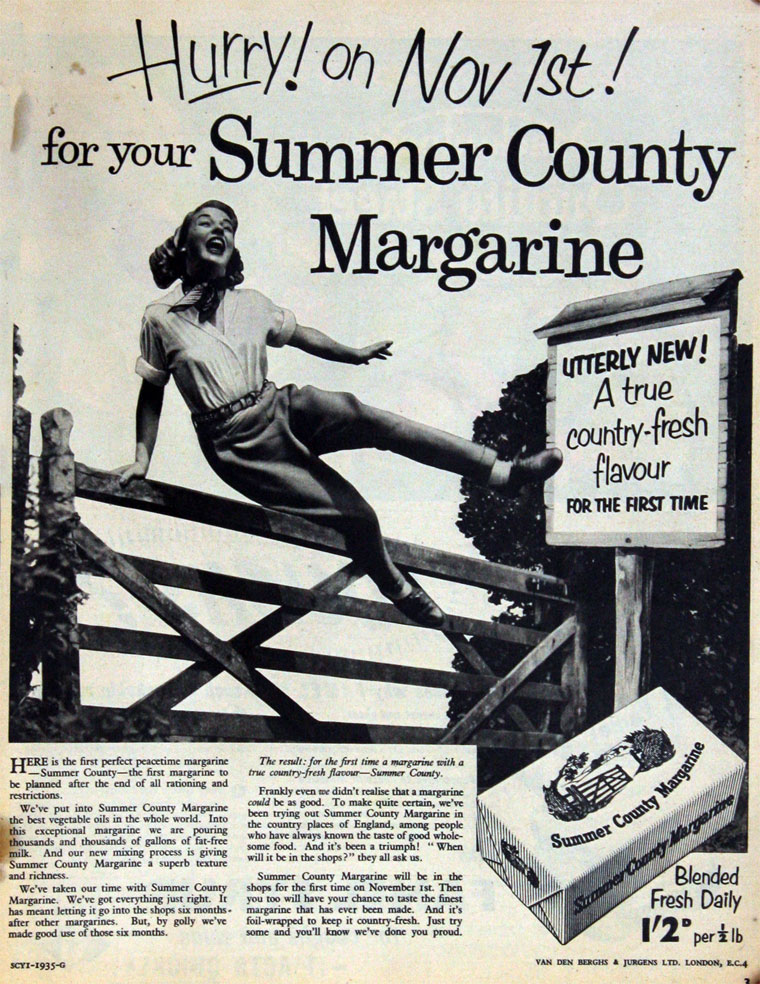 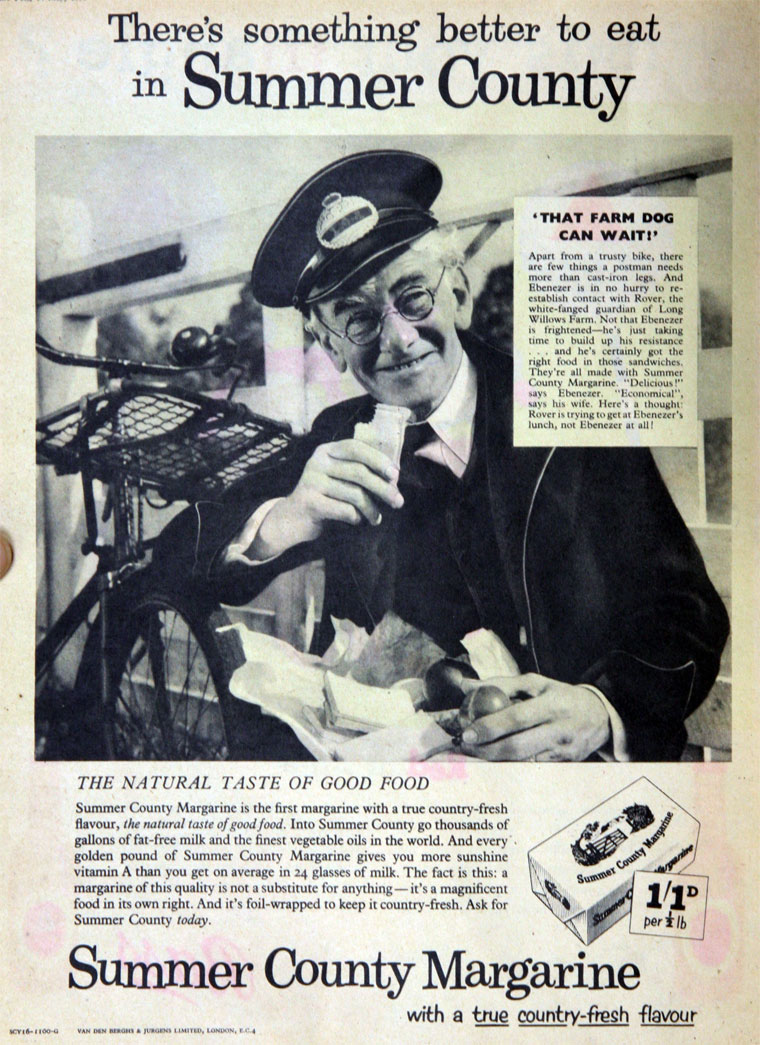 Unilever is a multi-national corporation, formed of Anglo-Dutch parentage, that owns many of the world's consumer product brands in foods, beverages, cleaning agents and personal care products.

Unilever has two parent companies: Unilever NV in Rotterdam, and Unilever PLC in London. Both Unilever companies have the same directors and effectively operate as a single business.

1929 Unilever was created by the merger of British soap and margarine maker Lever Brothers and Dutch margarine producer Margarine Unie, a logical merger as palm oil was a major raw material for both margarine and soaps and could be imported more efficiently in larger quantities.

1930s The business of Unilever grew and new ventures were launched in Latin America. In face of the depression, Unilever cuts its 50 soap-manufacturing companies to concentrate on fewer brands, continental Europe governments acted to protect local butter production, and so Unilever's margarine and edible fat plants were cut from ten to five.

1936 Lever Brothers sold out of Candles Ltd, taking the Bromborough works and all the soap manufacturing rights with it. It continued to develop Bromborough for its specialist fatty acid production (the factory operates today as part of Unichema Ltd, producing a complex and sophisticated range of specialist fats and glycerides for the manufacture of cosmetics, polishes, ice cream, confectionery, soaps and detergents, printing inks, plastics and pharmaceuticals - all derived from the basic industrial chemistry that George Wilson first explored in the 1840's. Many of its employees continue to live in the Bromborough Pool village built by Price's).

1938 After a campaign to improve public perception of margarine, and the growth of vitamin-enriched brands including Stork in the UK and Blue Band in the Netherlands, sales of margarine rose to levels close to the highs of 1929.

1943 Unilever became the majority shareholder in Frosted Foods which owned Birds Eye and the UK rights to deep-freezing for food preservation. Unilever acquired Batchelors Foods, which specialised in freeze-dried vegetables and canned goods.

1954 Launch of Sunsilk shampoo in the UK.

1955 The first advertisement on UK commercial TV, for Gibbs SR toothpaste. Introduction of Fish fingers in the UK. Launch of Dove soap in USA.

1958 In the Netherlands Unilever expanded into frozen foods and ice cream by acquisition of Vita NV.

1959 Its first margarine in a tub was released - Blauband in Germany followed by Flora in Britain.

1963 Launch of Cornetto, the first packaged and branded ice cream cone, in Europe.

1964 All of the publicly held shares in John Knight Ltd, William Gossage and Sons and Joseph Crosfield and Sons were acquired and cancelled[1]

1970 Acquired the meat business Zwanenberg's at Oss, which would eventually become the Unilever meat group UVG.

1972 Having sold Cavenham Foods its interests in Allied Suppliers, Unilever acquired Lipton's tea interests as part of the deal[2], making the tea business one of the largest in the world. Launch of Impulse deodorant and Mentadent as health brand of gum.

1972 Unilever purchased A and W Restaurants in Canada. In 1995 sold to a management buyout.

1975 Developed a "video typing system" for its own use, Unicom, which was then to be sold to others by Unilever Computer Services Ltd[3]

1984 Acquired Brooke Bond and Co, the first hostile takeover by the company.

1987 Acquired Chesebrough-Ponds, the maker of Ragú, Ponds, and Vaseline, which strengthened its position in the world skin care market.

1989 Acquired Calvin Klein, Fabergé and Elizabeth Arden, but the latter was later sold (in 2000) to FFI Fragrances. Magnum ice cream was launched in Germany.

1990s The US division continued to carry the Lever Brothers name until the 1990s, when it adopted the parent company's name. The American unit is now headquartered in New Jersey, and no longer maintains a presence at Lever House, the iconic skyscraper on Park Avenue in New York City.

1995 Acquired the Colman's part of Reckitt and Colman. As well as mustard, it applied its name to condiments, sauces and other foodstuffs. The Robinsons brand was bought by Britvic.

2000 the company absorbed the American business Bestfoods, strengthening its presence in North America and extending its portfolio of foods brands, including Hellmanns mayonnaise. In a single day in April 2000, it bought both Ben and Jerry's and Slim Fast.

Today the company is fully multinational with operating companies and factories on every continent and research laboratories at Colworth and Port Sunlight in England; Vlaardingen in the Netherlands; Trumbull, Connecticut, Englewood Cliffs, New Jersey in the United States; Bangalore in India; Pakistan; and Shanghai in China. Its European IT infrastructure headquarters is based in Unity House, Ewloe in Flintshire, Wales.