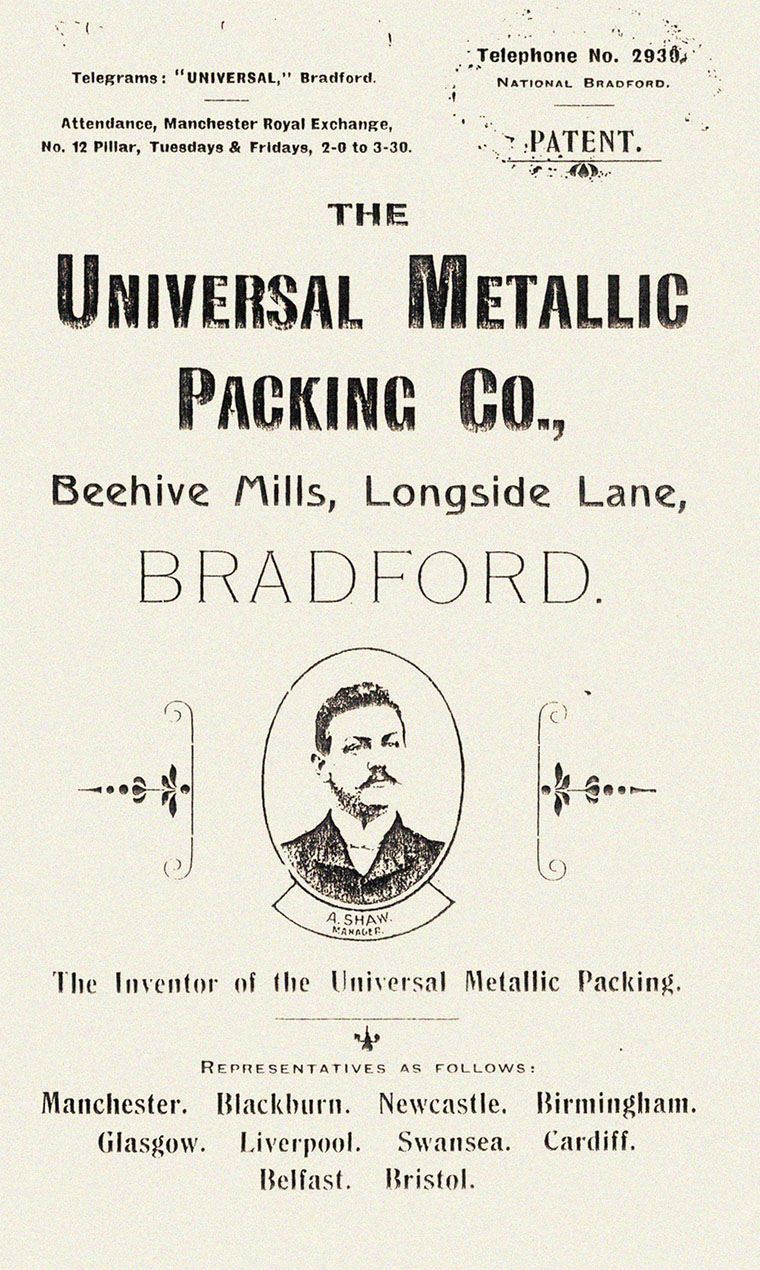 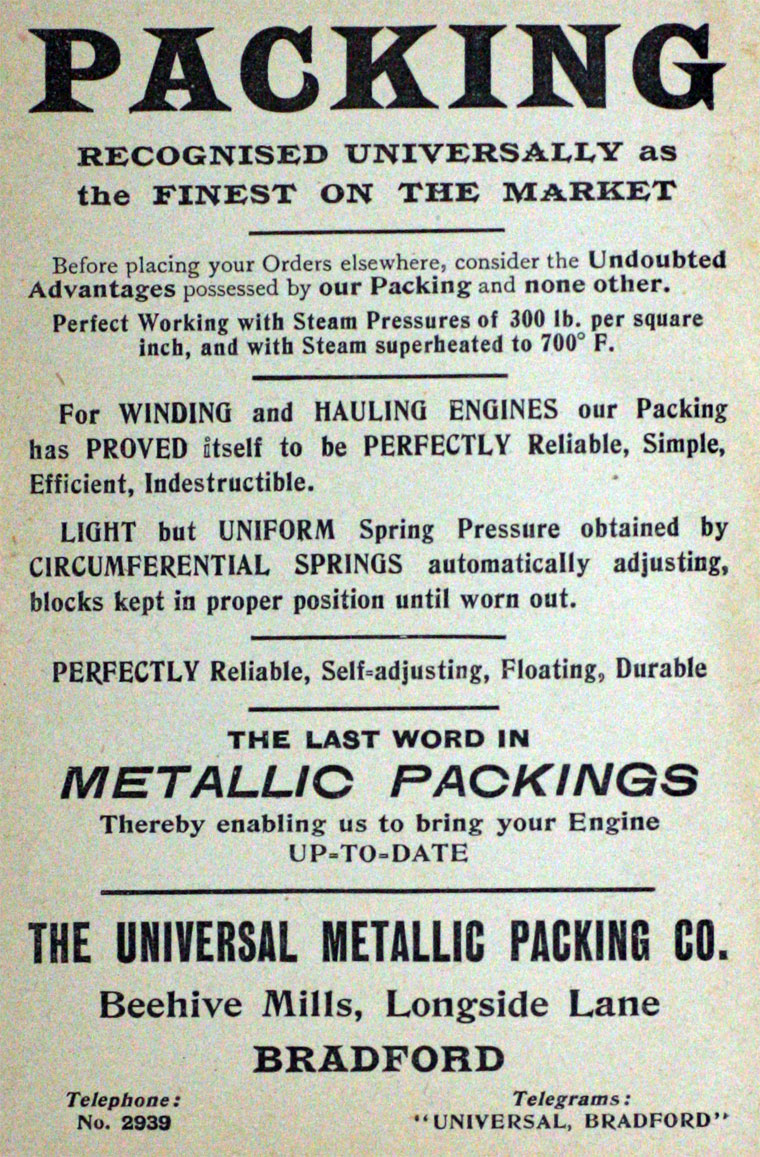 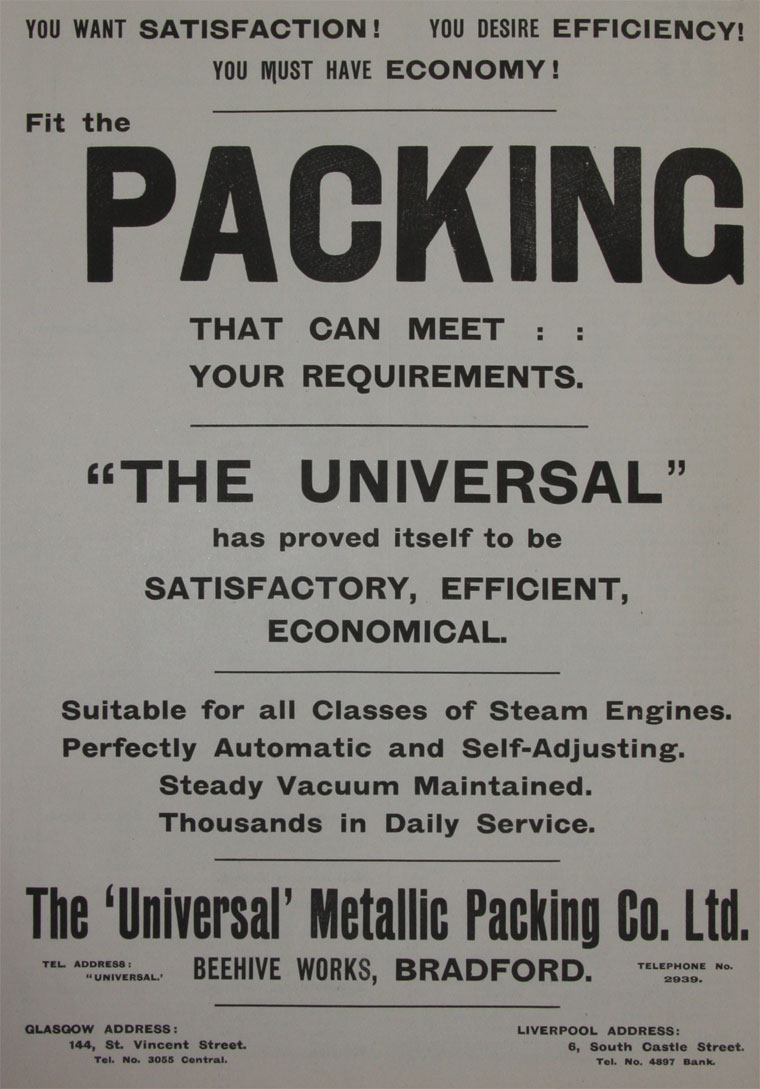 1900/1901 The Universal Metallic Packing Co (UMP) was formed as a business entity when there was a demand for reliable seals due to the development of steam engines. Metallic seals were produced for the local industry: Cone rings replaced soft packings.

1930 Production of seals for the shafts of marine screw propellers for deep sea fishing boats.