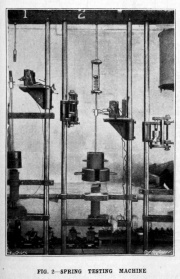 1905 Formed as the successor to the University College of Sheffield, which was established in 1897 by the merger of Sheffield Medical School (founded in 1828), Firth College (1879) and Sheffield Technical School (1884)

1926 1st and 2nd July - Coming of age of the University was celebrated by an elaborate programme of receptions and other functions, and was attended by delegates from a number of sister universities and from representative learned and Scientific Societies and Institutions from all over the world. The Marquis of Crewe, Chancellor of the University, presided.

Degree Convocation was held at the Victoria Hall with honorary degrees presented to: H.R.H. Princess Mary, Viscountess Lascelles, the Earl of Derby, Sir Austin Chamberlain, Sir Samuel Roberts, Sir Percy Jackson, Sir Harry Marsh and Miss Emily Penrose - upon each of whom was conferred the degree of Doctor of Laws.

These laboratories have been built to supplement the Jonas and Edgar Allen Research Laboratories and are equipped with special machines for investigating the strength and other properties of materials. The machines and apparatus have for the most part been designed for special purposes and constructed in the workshops of the Engineering Department of the University itself. The Laboratory is equipped with a 10-ton Buckton tensile testing machine with extensometer accessories capable of registering stresses of a nature to give as little as one-milliont of an inch extension. The head of the department was Professor F. C. Lea. Other machines shown in the new laboratory included a Lea oscillating torsion test machine, similar in principle to the Gough machine, but into which certain modifications have been introduced, the chief being that the mean stress can be applied by means of a spring. There is also a torsion machine for the investigation of hysteresis stains being measured optically.

These laboratories, which are specifically designed for the application of high precision physical methods to the investigation of the constitution and properties of metals and alloys have been built and equipped by means of funds generously provided by Sir Robert Hadfield and Viscount Bearsted. The appliances installed comprise an X-ray set with a high-tension transformer giving 60,000 volts together with the necessary tubes, mercury vapour pump and 'Hyvac' rotary oil pump. There is also a cathode ray oscillograph, which enables hysteresis loops to be observed optically.

A complete C. Reichert micrographic outfit has been installed, consisting of the well-known metallurgical microscope, stand and camera outfit, which has received so much favourable notice o late. It will be used for low magnification metallography. There is also a Zeiss equipment and a quartz spectograph and apparatus for the measurement of magneto-striction in small specimens of magnetic materials, using the Heterodyne principle.

Another interesting piece of apparatus is a differential nitrogen volumeter similarly designed by Dr Smith. It is to be employed in investigating the volume changes which occur when metals solidify. An ingenious continuous flow calorimeter designed in the department last year by Dr C. J. Smith was on exhibition.

1927 Improved Safety Lamp - As a result of research work at Sheffield University, Professor R. V. Wheeler and D. W. Woodhead produced a flame safety lamp which was claimed by Dr J. S. Haldane among others, would wipe our miners' nystagmus, because if the improved light it gave.[2]