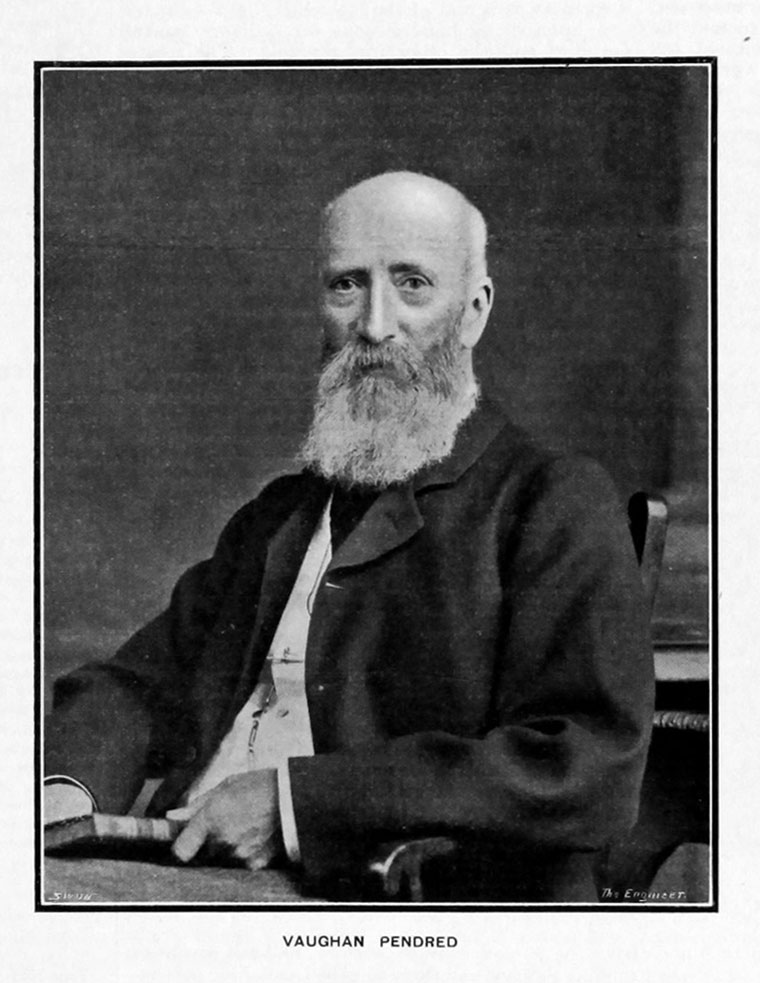 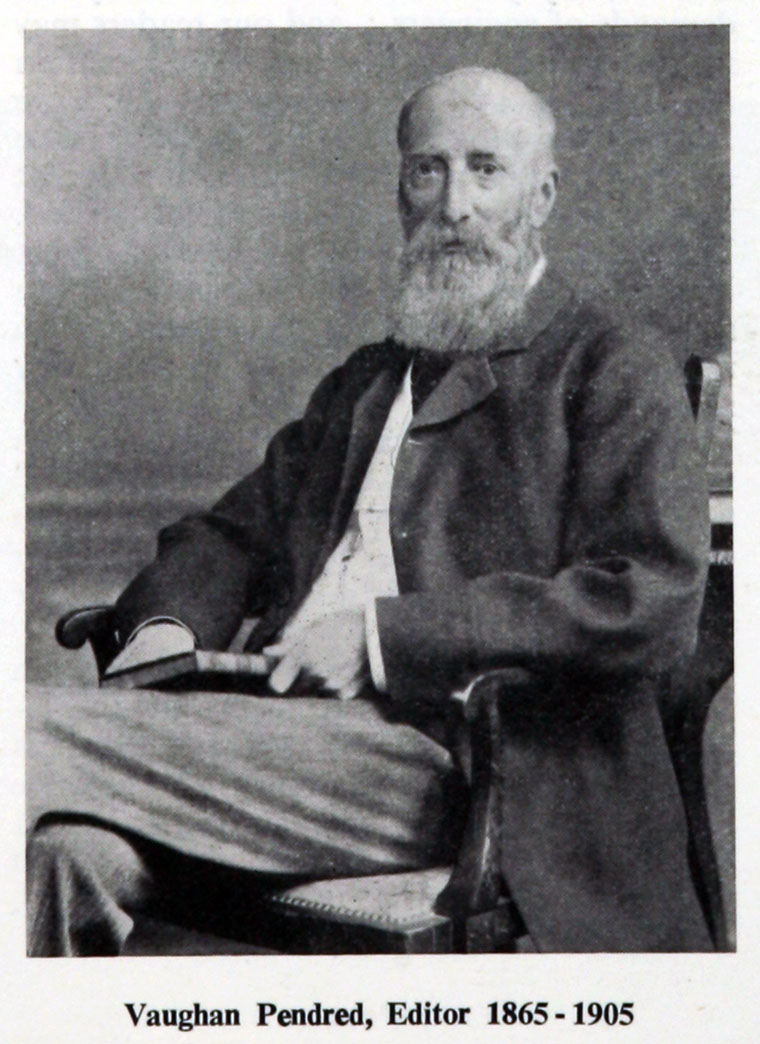 Vaughan Pendred (1836-1912) London Engineer and editor of The Engineer

1880 Stood for admission to the Iron and Steel Institute.[1]

VAUGHAN PENDRED was born in Ireland in 1836, and lived until a young man on the family estate of Barraderry in County Wicklow. His father was a classical scholar of some note and his mother a highly educated woman. From them and from two resident governesses he received all his teaching. He was never at a school, and his education was due to his extraordinary avidity for books, aided by a highly retentive memory.

The estate, being Irish, was impoverished and he had to make his way in the world alone, without financial assistance of any kind and without any greater preparation for an engineer's calling than he had acquired by reading, study, and the making of models.

He was known to Zerah Colburn, the editor of The Engineer at that time, by his letters, and when Mr. Pendred came to London to look for work as an engineer, Colburn introduced him to Mr. Aveling, of Aveling and Porter's, and Mr. Aveling found him an opening in a little works in Staffordshire.

But his letters on engineering subject's had attracted the attention of Mr. Passmore Edwards, the proprietor of The Mechanic's Magazine, and, after a few months in the works, he was asked to fill the editorial chair of that paper.

Two years or so later, in 1865, when Mr. Colburn left, Mr. Pendred was offered the editorship of The Engineer, and retained it till 1905 when he retired, his second son - Loughnan Pendred, Member - taking his place.

The history of his life's work is to be found in the pages of the paper to which he devoted all his energies. He knew all the eminent engineers of his time and had seen the whole development of engineering which marked the Victorian era. Traction by sea and land appealed to him particularly, and his opinion on railway matters and the locomotive especially, commanded universal respect.

He was a welcome visitor at the meetings of all engineering societies, and not infrequently took part in discussions which he illuminated by his sound common sense and brightened by the humour which never failed him.

His death took place at his residence at Streatham, where he had lived for forty years, on 12th October 1912, at the age of seventy-six.

VAUGHAN PENDRED died on Saturday, October 12, 1912, at his residence at Crohill, Pendennis Road, Streatham. He was born in 1836 at Barraderry, in County Wicklow, and was the eldest of four brothers. The opportunities of education in so comparatively remote a region were scanty in those days, and young Pendred acquired his education at home, where his natural love for reading, and the instruction afforded him by his father in Latin and by his mother in French, contributed materially to the result. He was early attracted to engineering, and he and his brothers acquired the rudiments of their knowledge by means of such home-made tools and appliances as they could construct.

He married, in 1862, Marion Loughman, of Crohill, in the county of Kilkenny, and shortly afterwards came to England, and, through the influence of Mr. Zerah Colburn, the editor of the Engineer, he obtained an appointment in the small works in Staffordshire. He was a frequent contributor to the Mechanics' Magazine, which was then owned by Mr. Passmore Edwards, and was eventually invited to act as editor of that paper, but after two years he was offered the editorship of the Engineer by Mr. Edward Healy, the founder of that paper, on Colburn's retirement in 1865.

From that time until the year 1905 he devoted himself entirely to the service of the Engineer, and played no small part in the development of technical journalism in this country, as the growth and prosperity of the Engineer during those years have plainly evinced.

He was assiduous in his attendances at the meetings of the technical societies, and also at the Royal Agricultural Society's shows and at the Smithfield Club shows. He leaves a widow and three sons, one of whom, Mr. Lough Pendred, is the present editor of the Engineer.