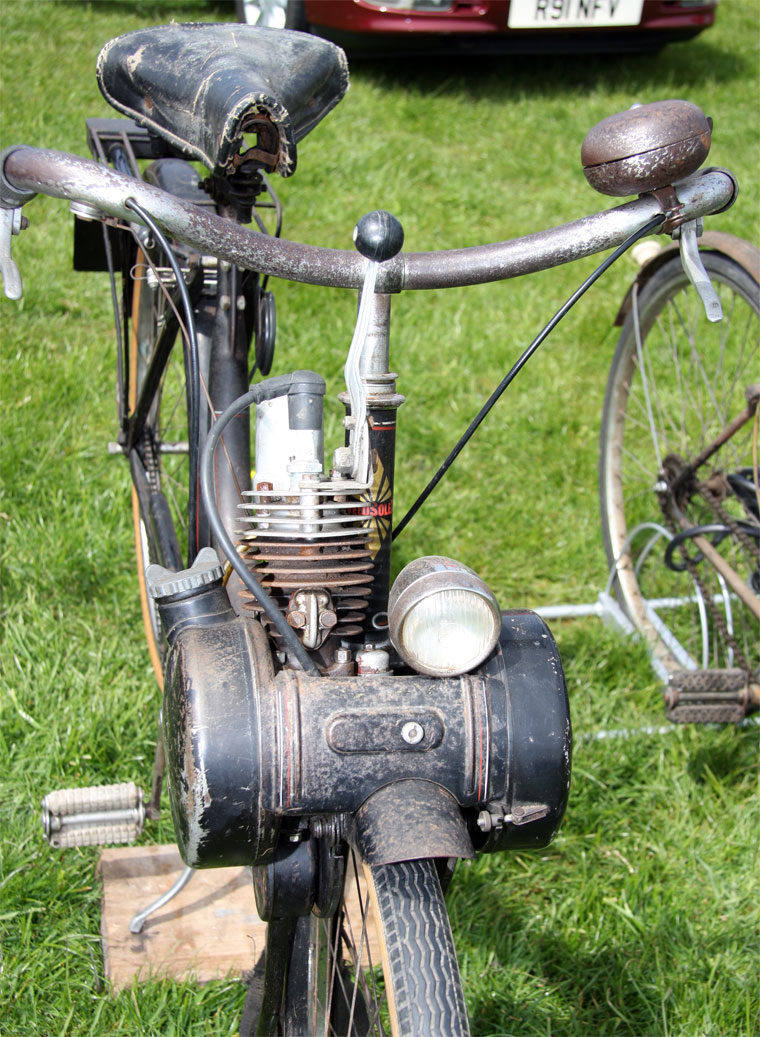 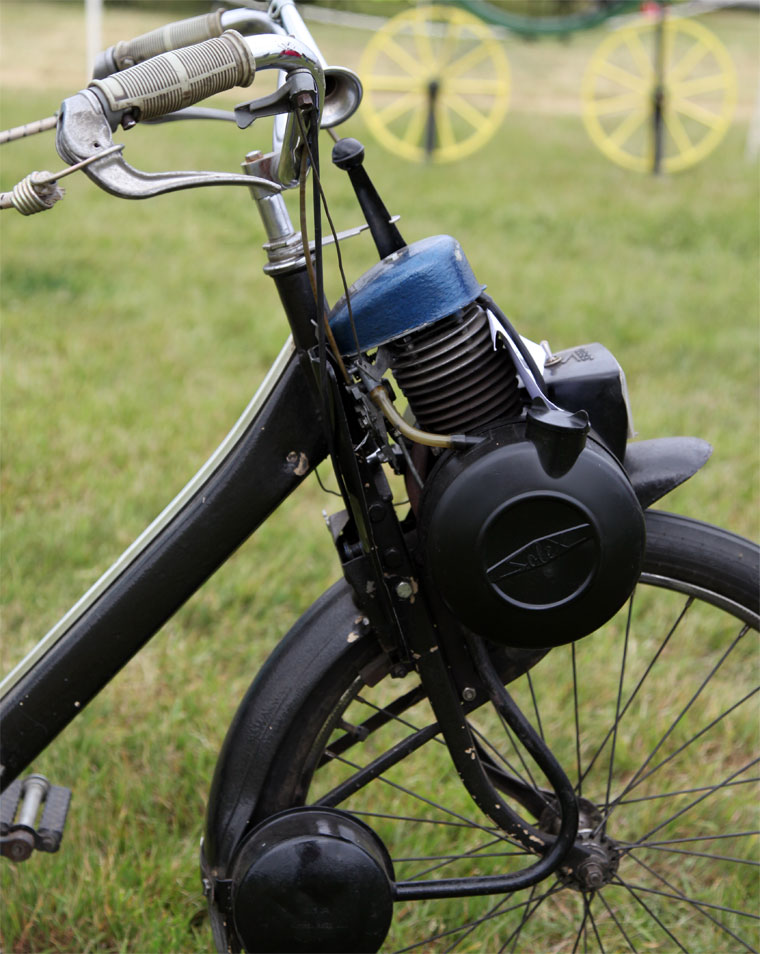 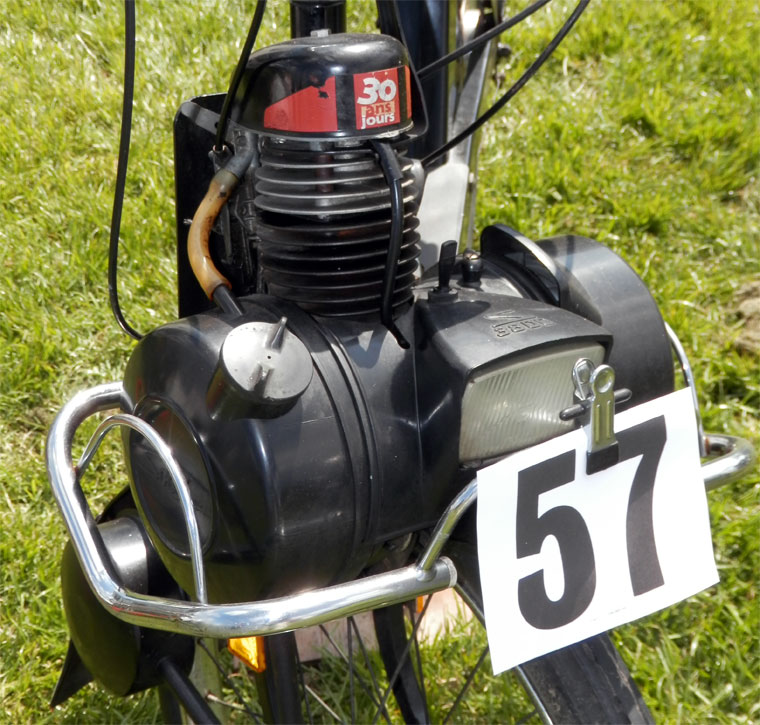 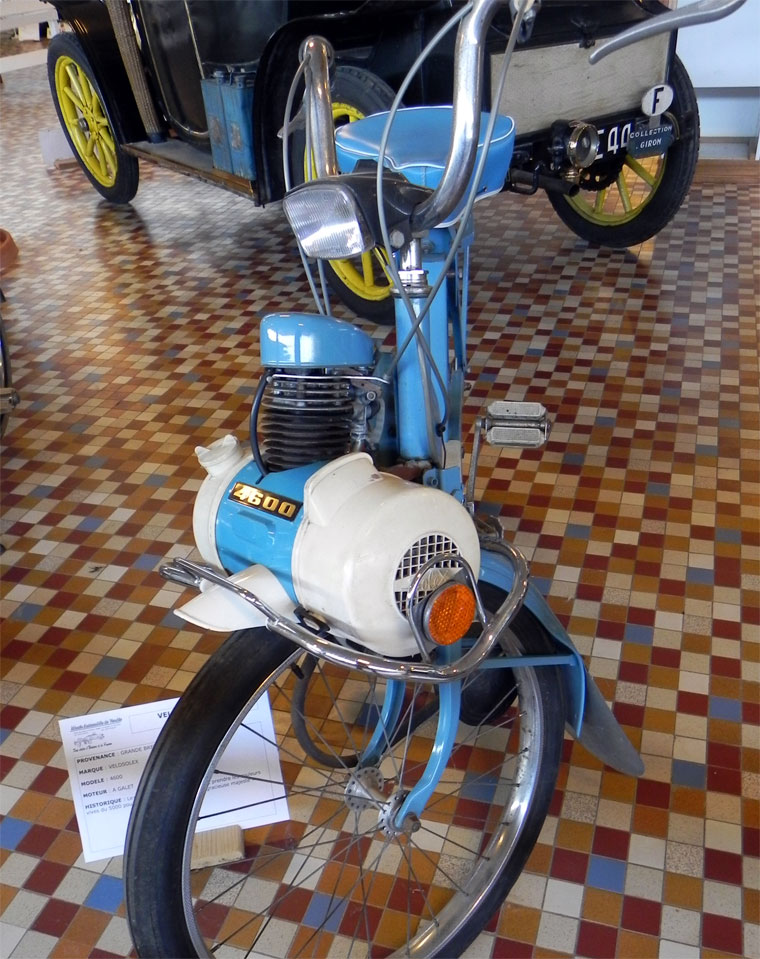 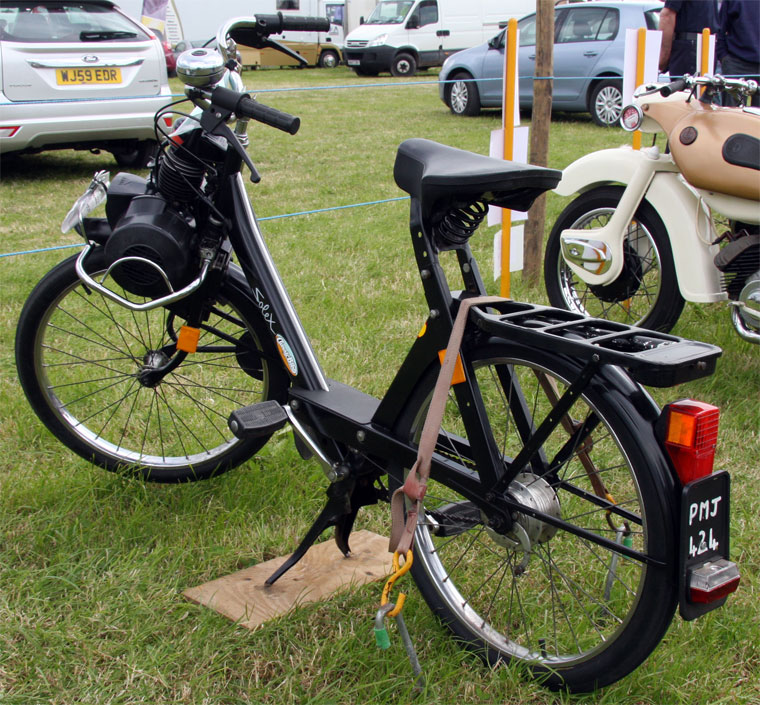 Velosolex was a motorcycle attachment of French design. It was built in vast numbers in its homeland and also made by Solex in North London.

The first prototype of a Velo-Solex was built in 1941 by Alcyon and was powered by a 45cc engine developed by Solex. Although this was a cycle attachment, it was always sold as a complete machine. The 45cc two-stroke engine sat above the front wheel, which it drove by friction roller. It had an open frame based on a single curved tube.

The Velo-Solex were sold commercially from 1946 with a 45 cc engine and no clutch. It was later sold in the 49cc model.

It was made for some years until the moped took over.