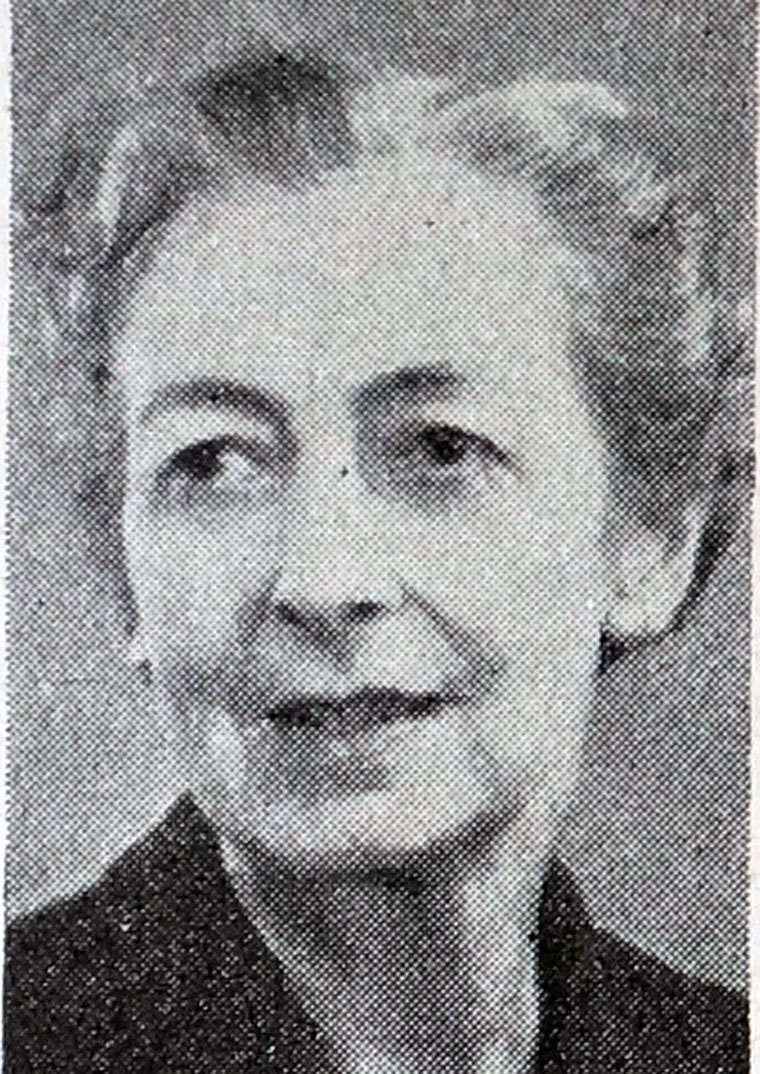 First female member of the IMechE

WWI After building wooden propellers at the Integral Propeller Co., Hendon, with evening classes at Shoreditch Technical Institute, Holmes joined Ruston and Hornsby, in Lincoln, where she attended technical college. Engaged as a supervisor she was able to exchange this position for a formal apprenticeship before the end of the war.

She resolved to become a first-class designer. She entered Loughborough Engineering College.

1919 An early member of the Women's Engineering Society

She worked briefly for a marine engineering firm and then tried technical journalism in the United States.

1932–9 At Research Engineers Ltd. Here she built the model of her most ambitious invention, the poppet valve for steam locomotives.

WWII she worked on rotary gyro valves for torpedoes, new superchargers, and other apparatus for the Admiralty, designing much of the complicated mechanism for Lord Mountbatten's station-keeping system. Set up a programme to train women for munitions work.

1940 Appointed headquarters technical officer with the Ministry of Labour (1940–44).

1946 Founded her own engineering firm, Holmes and Leather, which employed only women,

Created the Women's Technical Service Register, where girls could enrol to train for such positions as junior draughtsman and laboratory assistant.

She held at least 12 patents including medical devices (the Holmes and Wingfield pneumo-thorax apparatus for treating tuberculosis, a surgeon's headlamp, and an aspirator), a safety paper cutter for school use, and rotary valves for internal combustion engines.

Miss Verena Holmes (Member), the first woman to become a Member of this Institution, died on 24th February. Her pioneering work in the engineering field did much to ease the path of those girls wanting to enter the profession.

She was already women's personnel manager at Ruston and Hornsby when she persuaded the company to accept her as an apprentice. After training at Lincoln Technical College, she went to Loughborough College and graduated B.Sc.(Eng.) in 1922. Then, in spite of a certain bias among employers, she was able to work as a freelance designer and also, for a time as a technical journalist in America. She spent seven years as a designer with 'Research Engineers' and during the war she was headquarters Woman Technical Officer at the Ministry of Labour. In 1948 she was appointed a Member of the Education Advisory Committee of the Air Ministry. She ran her own Company, Holmes and Leather, for a number of years after the 1939-45 war.

Among her inventions was an artificial pneuma-thorax apparatus for the treatment of tuberculosis and the Safeguard Guillotine for paper and card.

Miss Holmes, who became a Member in 1944, was elected President of the Women's Engineering Society in 1931 and retired from being the Society's Honorary Secretary in 1960.