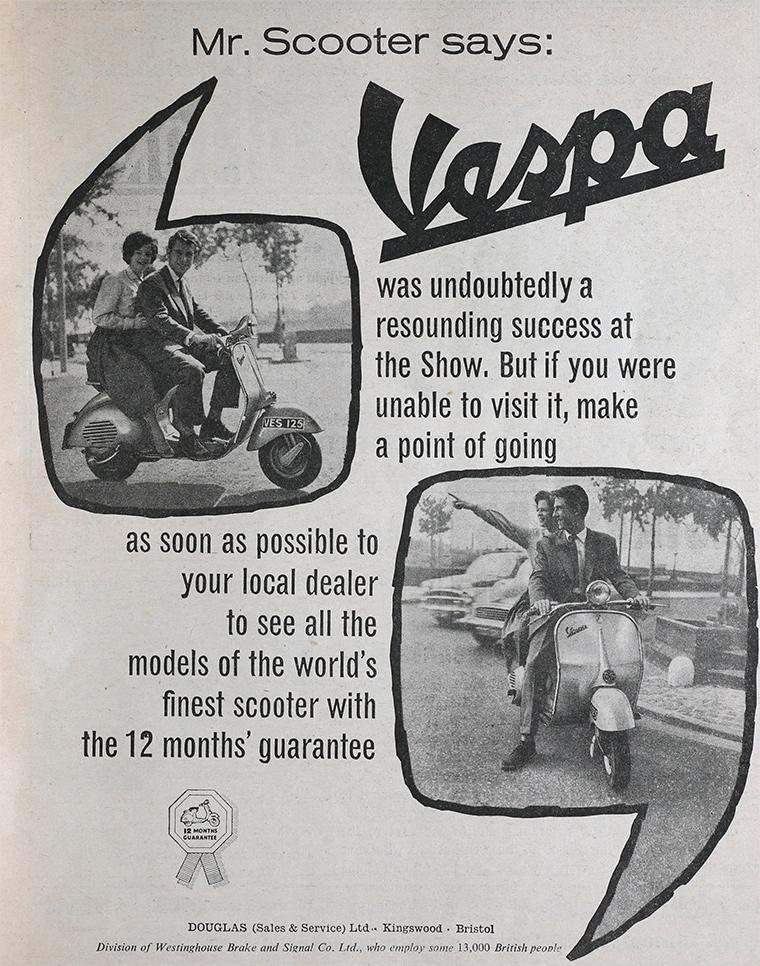 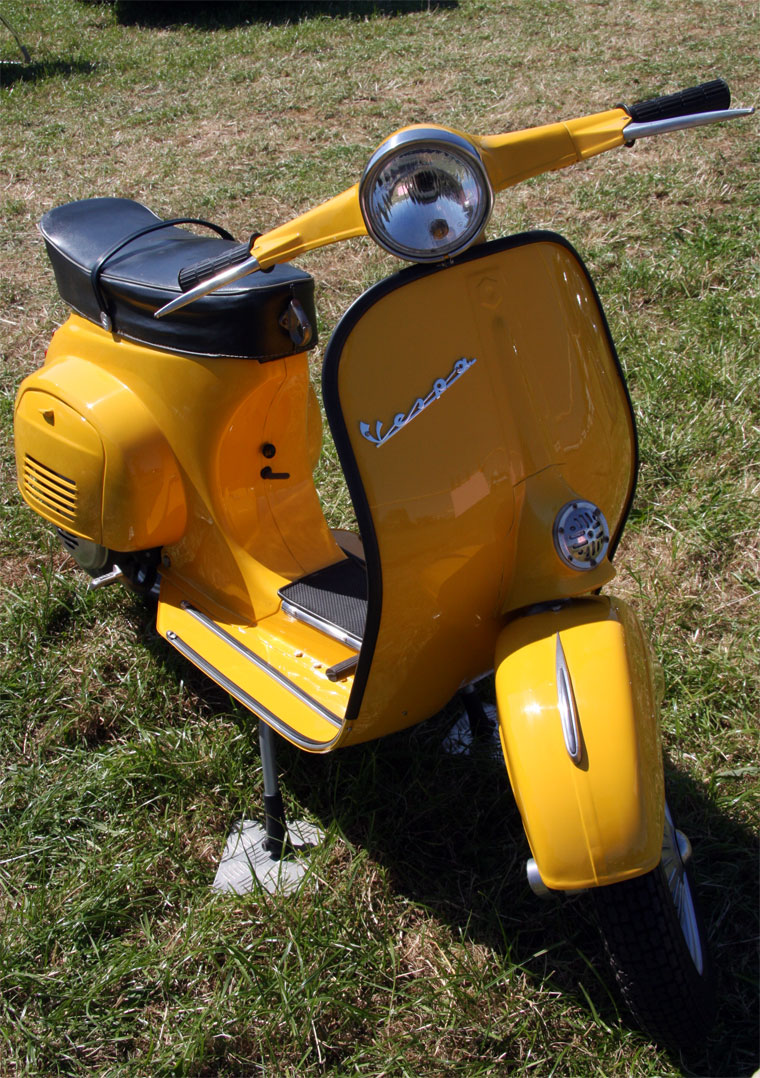 The Vespa is a line of motor scooters that was first manufactured in Pontedera, Italy, in 1946, by Piaggio & Co. S.p.A.

Piaggio continues to manufacture the Vespa today, although the Vespa was much more widely used in the 1950s and 1960s, when it also became the adopted vehicle of choice for the UK youth-culture known as Mods.

Douglas in Bristol built Vespas under licence. The classic Vespas had unibody chassis pressed from sheets of steel, with bodywork covering the legs for protection from rain and mud. The direct drive engine was covered completely by a steel cowling to appeal to a broader market of people, often turned off by the dirty/greasy stereotype often applied to motorcycles. Piaggio revolutionized the two-wheel industry with the Vespa and provided a model on which nearly every other scooter made since has been based.