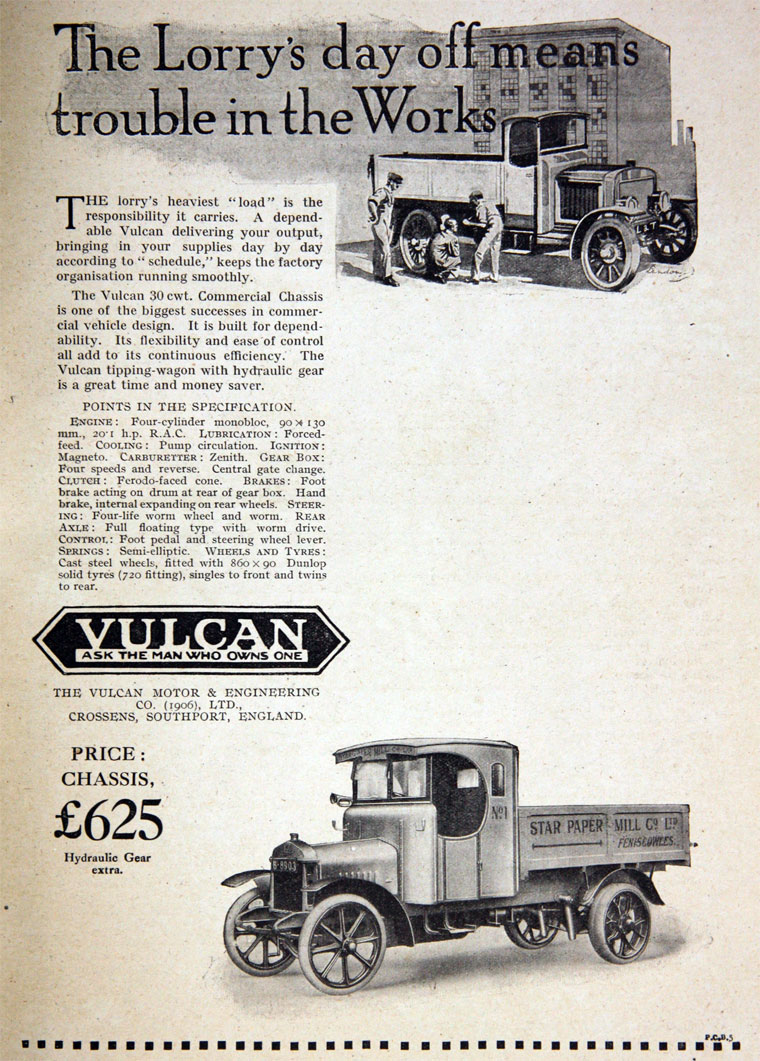 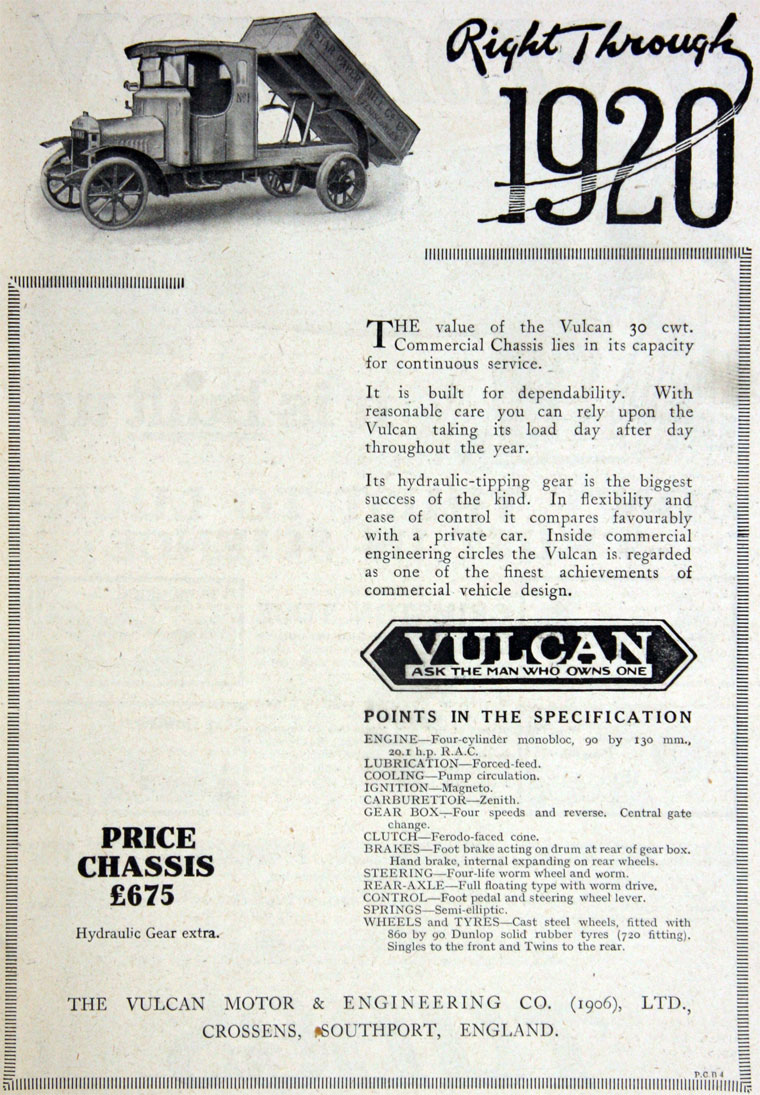 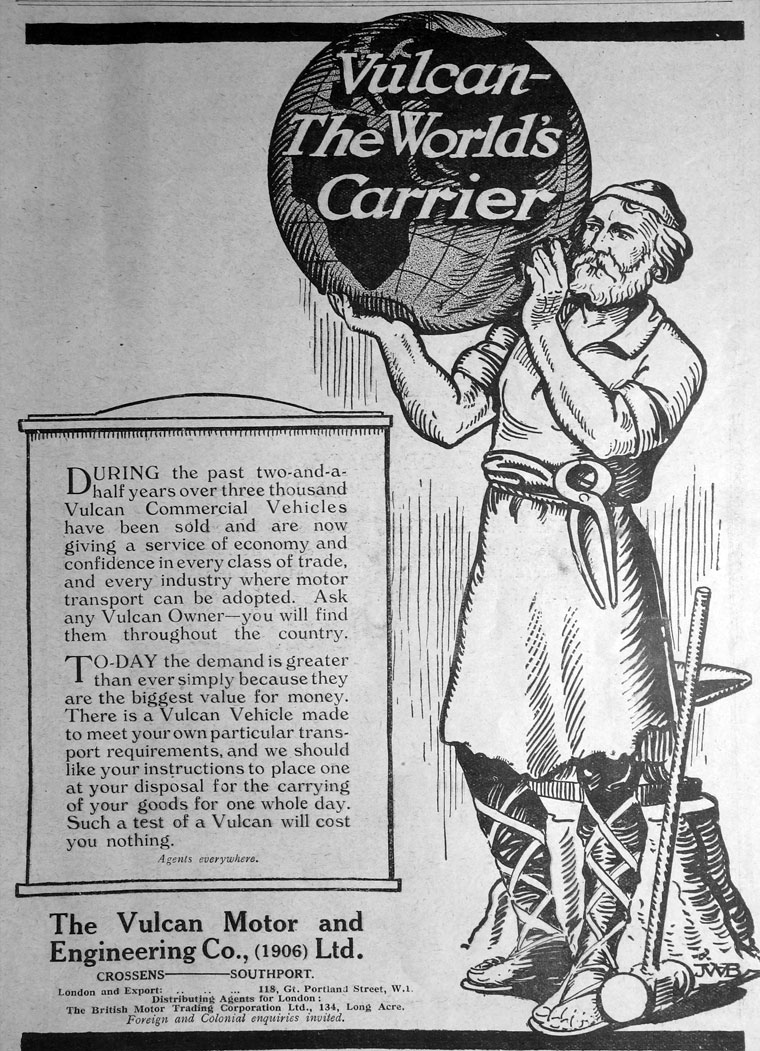 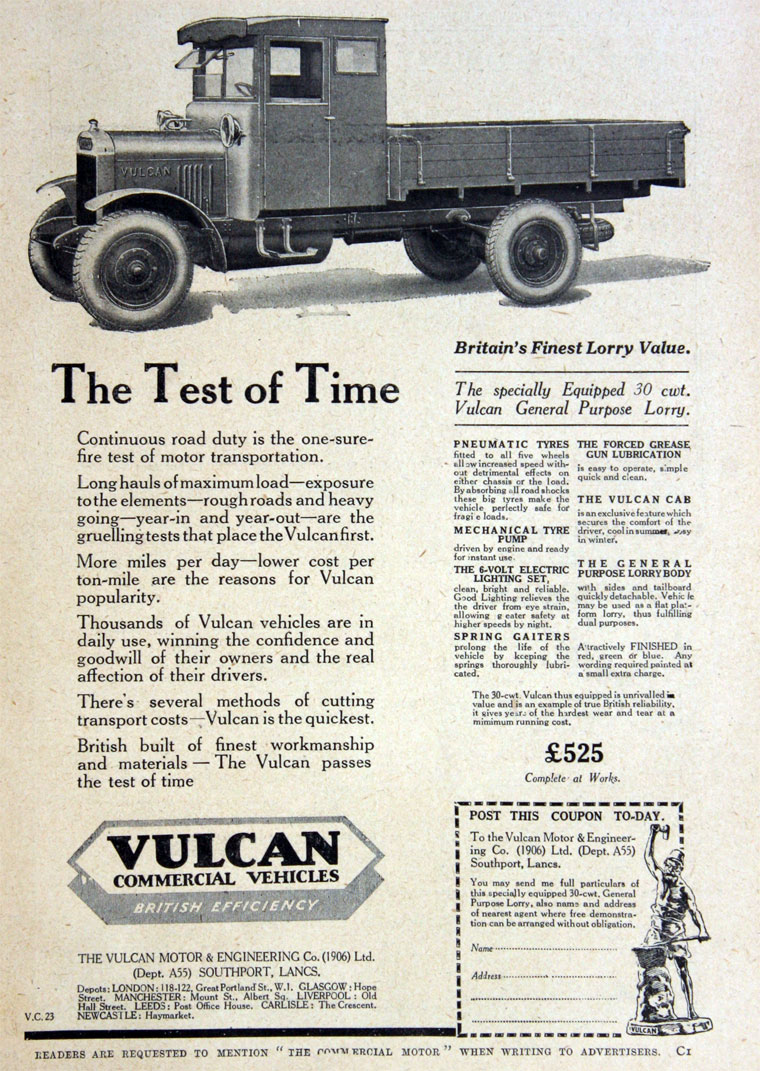 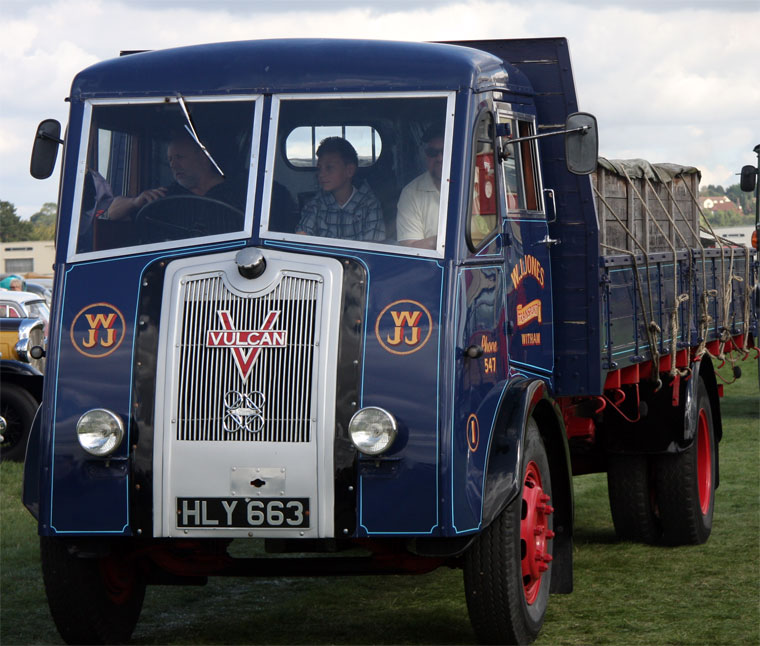 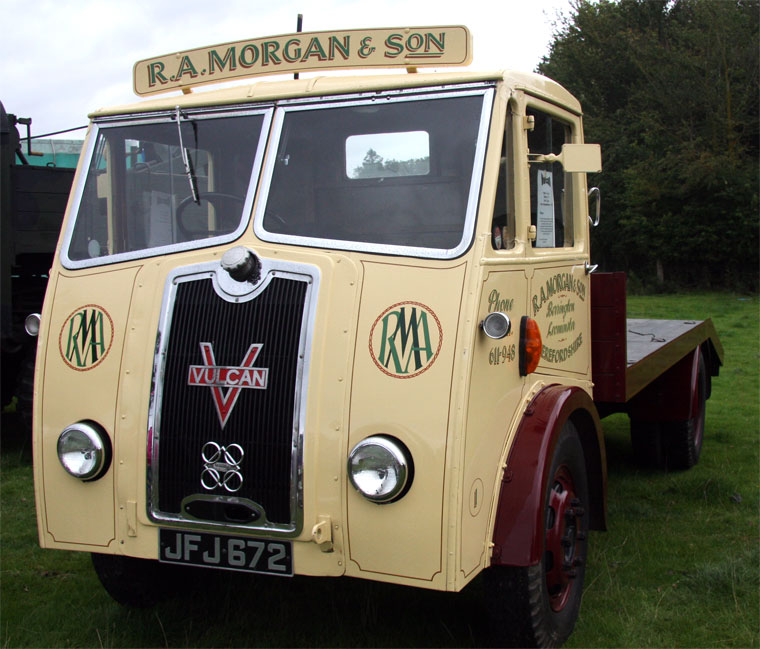 Note: This is a sub-section of Vulcan Motor and Engineering Co

1904 The company started in business

1920 October. Exhibited at the Commercial Motor Exhibition at Olympia with several lorries all with a 20 hp engine. One was a 30cwt tipping wagon claimed to be the lowest price in its class.

1936 The company was in financial difficulties and was sold to J. Brockhouse, a trailer manufacturer, who only wanted the works and the land. Therefore the production rights were sold to Tilling-Stevens and production transferred to the Maidstone works - see Vulcan Motors

1953 Tilling-Stevens was taken over by the Rootes Group and the business was absorbed in to the Commer and Karrier ranges and the name dropped. At that time the range included a 6ton fitted with a Perkins P6 diesel engine