Grace's Guide is the leading source of historical information on industry and manufacturing in Britain. This web publication contains 148,523 pages of information and 233,953 images on early companies, their products and the people who designed and built them. 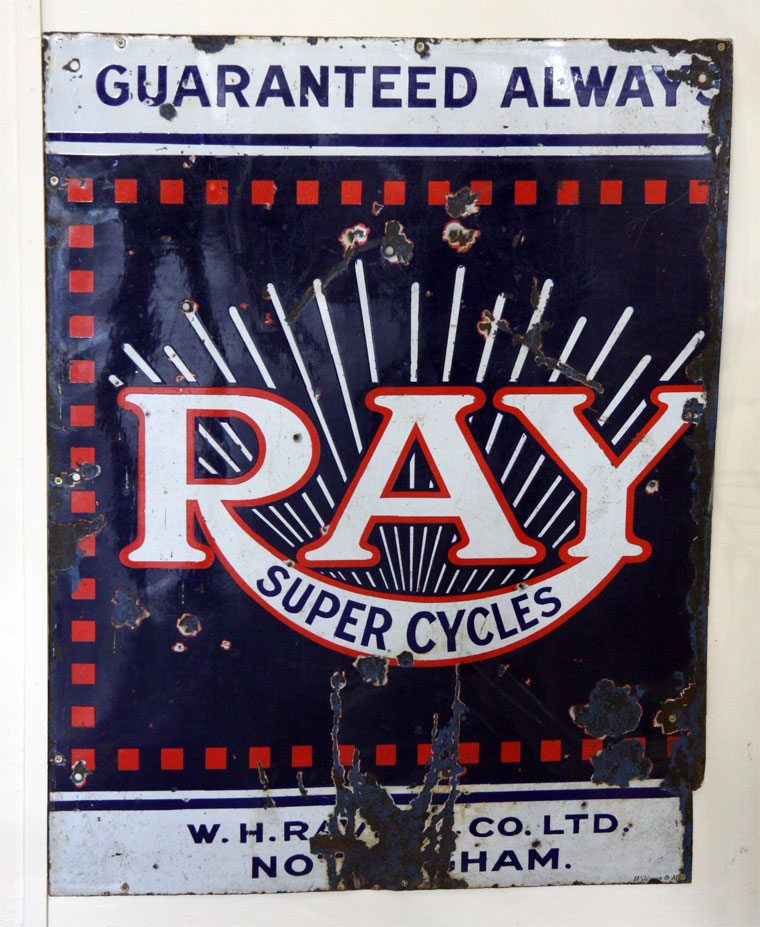 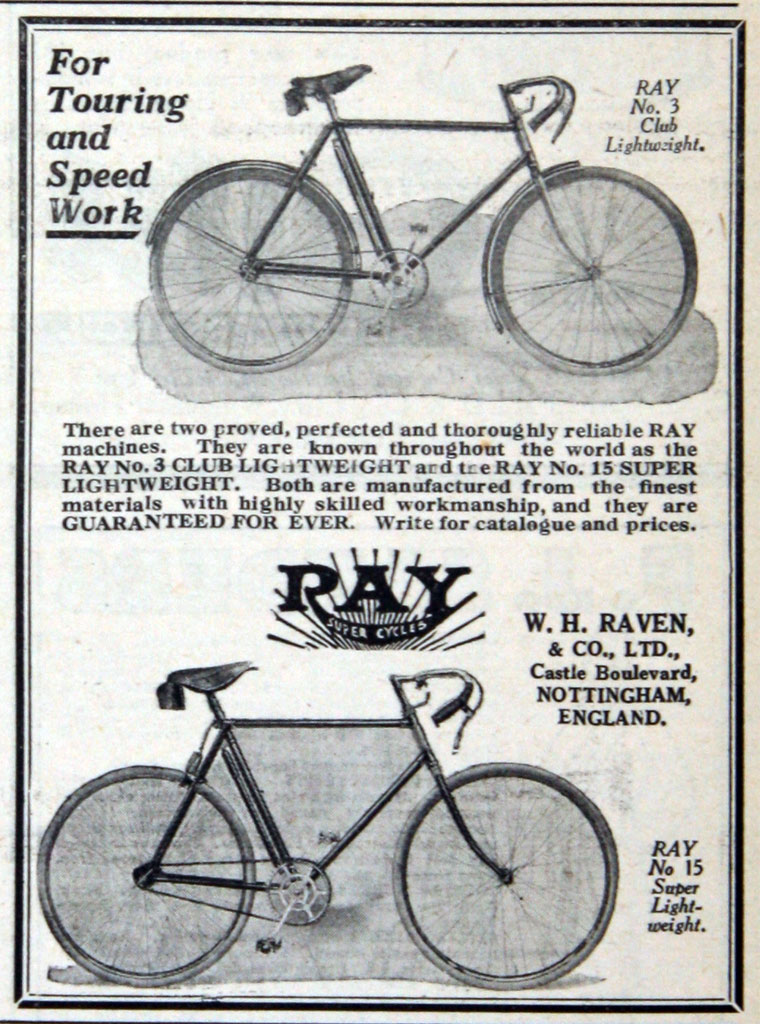 Ray were motorcycles produced from 1922 to 1926 by W. H. Raven and Co of Castle Boulevard, Nottingham.

1922 November. 'A new motor-cycle is to be marketed in 1923 by Messrs. W. H. Raven and Co., Ltd., Castle-boulevard, Nottingham. It is a two-h.p. (200 h.p.) four-stroke machine, and will have many special and interesting features. For instance, the transmission of the “Ray” (that is its name) will be by single chain, while the engine, two-speed gearbox and metal platform clutch form a unit. It will be shown at Olympia this month...'[2]

1922 The firm was already well known for pedal cycles when they produced a novel 198cc sv miniature. It had its engine in-unit with a two-speed gear and clutch, chain final-drive and a flywheel magneto.

1924 The specification now included a kick-starter.

1926 The above model continued alone and kept its styling for that year, at the end of which production came to a close.