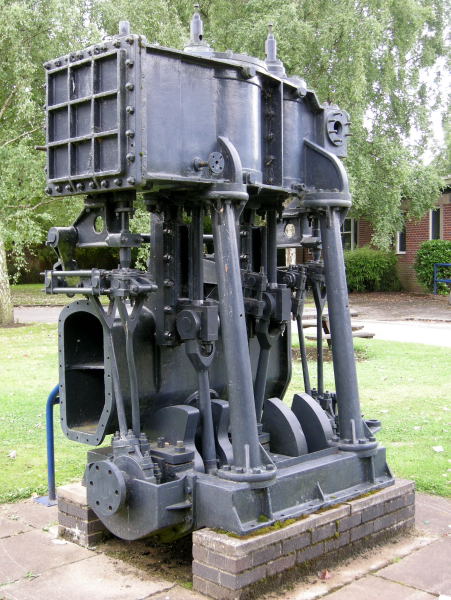 Marine engine built by Yarwood in 1945, displayed outside the Weaver Hall Museum and Workhouse

W. J. Yarwood & Sons was based in Northwich Dock on the river Weaver near to the Manchester Ship Canal. The yard mainly made coasters, tugs, barges, hoppers, launches and small naval craft.

WWII During the War the yard made Naval dockyard craft, water carriers, lighters, tenders and other small naval craft.

1950s After the war Albert Yarwood sold the yard to Athel Line and it made small coastal tankers. In addition, the main output of the yard was tugs. the last of which was made in 1965, after which, the yard closed.