W. King and Co (of Cambridge) 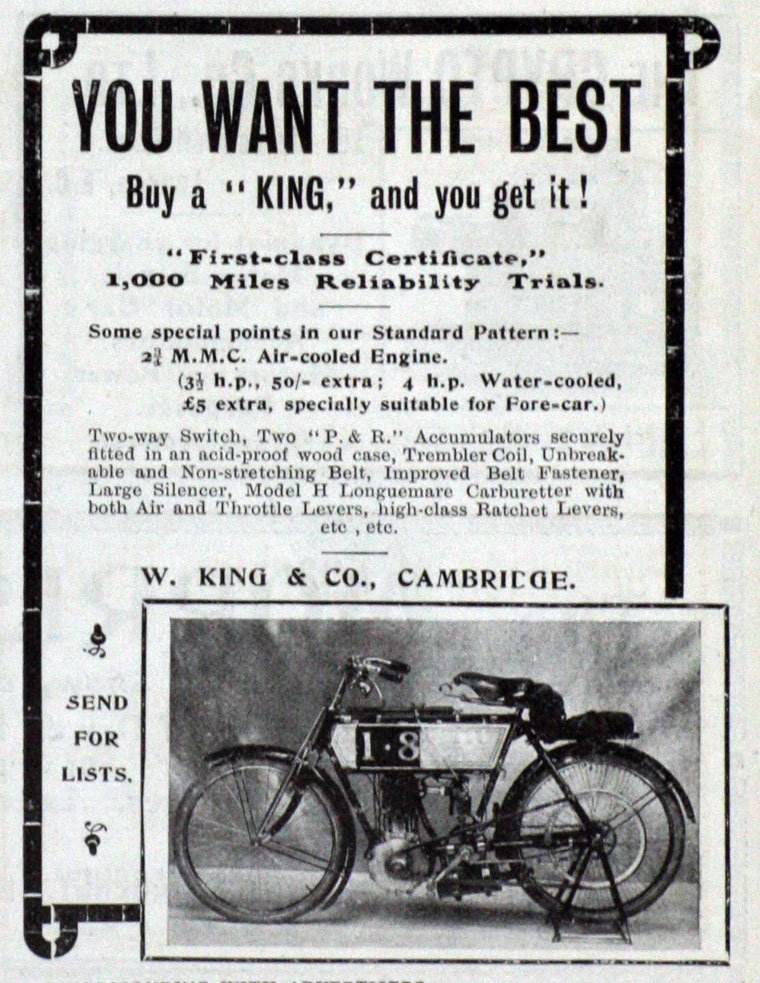 King motorcycles were produced from 1901 to 1905 in Cambridge.

1901 The firm started out by producing tricycles but soon moved to motorcycles.

1903 They produced a model that was a typical primitive. It had a 2.75hp MMC engine mounted vertically, driving the rear wheel by belt. They also offered the option of 3.5hp or 4hp water-cooled engines.

1904 The engines for that year were 2.75hp to 3.5hp from either DAW or MMC. Direct-belt drive or two speed and chain were available, and a forecar was listed.