Grace's Guide is the leading source of historical information on industry and manufacturing in Britain. This web publication contains 143,390 pages of information and 230,040 images on early companies, their products and the people who designed and built them. 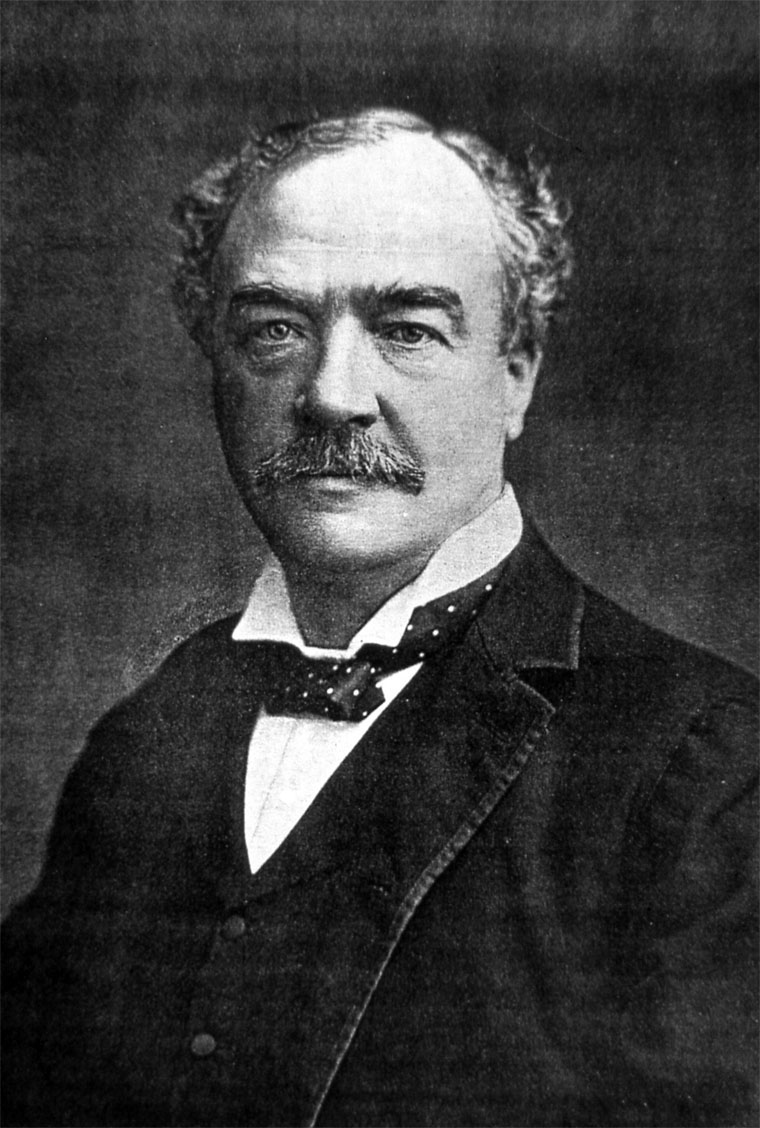 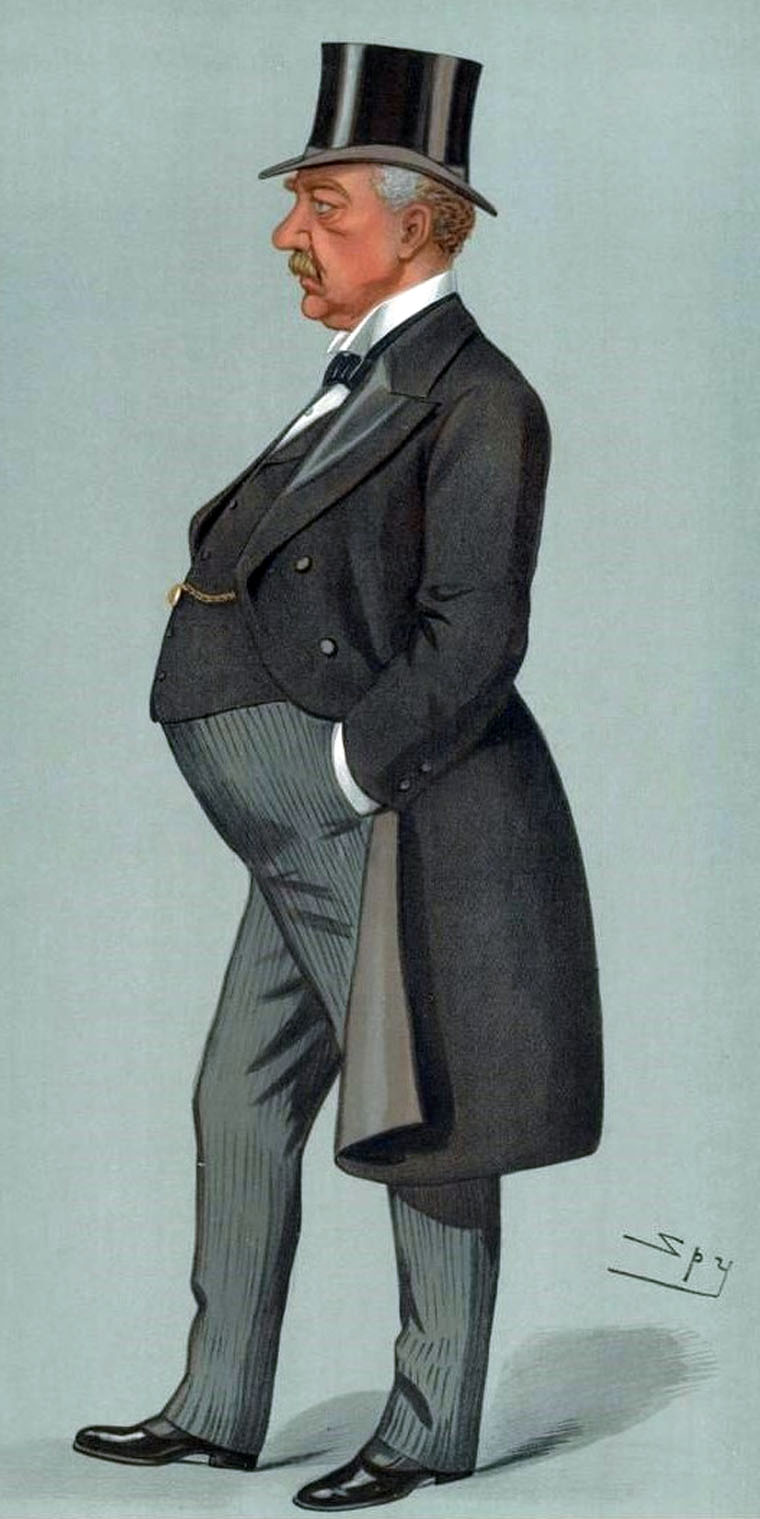 1860s He developed a scouring machine known as 'Jackson's Scouring Machine'. Thomas Haley and Co assembled the scourer, which was marketed and sold through W. L. Jackson.[1]

"LORD ALLERTON died on April 4th at his London residence, 41, Cadogan Square, aged 77 years. His Lordship had been seriously ill for several weeks, but a vigorous constitution permitted a rally which at one time held out hopes of recovery; unfortunately a relapse followed, and he passed away peacefully on the afternoon of the date named in the presence of his family.

Better known to the older generation of leather men as W. L. Jackson, his was for many years a name of weight and influence in the leather trade, and although in later years as his sphere of activity widened he became a national asset, he was nowhere held in greater honour and respect than in the trade with which so large a period of his life bad been so intimately connected. He was born at Otley, near Leeds, on February 16th 1840, the son of a journeyman tanner, who ultimately opened up business on his own account at Buslingthorpe, Leeds. His earlier education was obtained at Adel, from which he went later to the Moravian School at Fulneck, but as proof of the strenuous life W. L. Jackson led even in those early days it is said that many of the hours intervening between lessons and sleep were spent assisting his father and learning the rudiments of tanning. How well this application and pertinacity served him in after years is a matter of history now.

His father died when he was only 17 years of age, and he was called upon at that early age to assume a responsibility which probably an experienced man of business would have shrunk from. The year 1847 was cast amidst a period of commercial depression, and the family business had suffered along with many others, PC much so that his father had been compelled to make a financial arrangement with his creditors, and when he died the prospects of the little business looked so gloomy that the lad who was left to shoulder the burden might well have thought it was too hopeless to attempt to pull round. Leeds people still talk of the indomitable spirit with which be tackled the herculean task. He refused to be beaten, and from most unpromising material literally wrested success. In the tanyard from six in the morning until late at night he gave his energy no rest; bit by bit it gathered fruit, until in a few years the business was out of danger and making progress. An indication of the high ideals which wore always the guide of W. L. Jackson's life was the resolve he made when be took up the business that some day he would pay in full the creditors his father had been forced to make an arrangement with; this he was able to do in a very few years, and the recipients showed their appreciation by presenting him with a valuable piece of plate.

The history of the firm from this on is well-known; the house of W. L. Jackson. Ltd., became one of the best known in the trade, they had an immense production, and a world-wide reputation, and when in May, 1912, it was announced that for private reasons the business was to be given up and the works closed, it was a matter of universal regret in the leather trade.

Early in life he became associated with public affairs, and was only 29 when he became a member of the Leeds Council, upon which he sat continuously for 11 years, until, in fact, he was returned as a Member of Parliament. Like many other distinguished men, W. L. Jackson found in municipal work a good training for the national service he was later to perform, and during his time on the Leeds Council he was closely identified with much important work. He shone particularly as a financier, and it was owing to his instrumentality that the borough got rid to a large extent of its antiquated mortgage system and funded the large public debt. In Parliament his capacity was quickly recognised, and on the initiative of Lord Randolph Churchill he was appointed Financial Secretary to the Treasury. In 1891 he was appointed Chief Secretary for Ireland, with a seat in the Cabinet, having been admitted to the Privy Council the year previously. He was chairman of the Commission appointed to enquire into the Jameson Raid, and a member of those dealing with the Resources of India, Trade, and the Reform of the Bankruptcy Laws. The two Parliamentary measures with which he was most closely identified were the Extension of Local Government to Ireland and the Reform of the Building Society Laws.

In addition to municipal and Parliamentary interests and his private business, W. L. Jackson was a very busy man; he was chairman of the Great Northern Railway from 1895; he was also a director of the East Lincolnshire Railway, the Forth Bridge Railway, the Eastern Telegraph Company, and a trustee of the Submarine Cables Trust.

He was created Baron Allerton of Chapel-Allerton in 1902, an honour which was acclaimed by all classes as a fitting recognition of long and useful public services. The late peer his been a widower since 1901, and is survived by two sons and five daughters.

The funeral took place at the old church at Chapel-Allerton on April 7th, in the presence of a vast gathering.