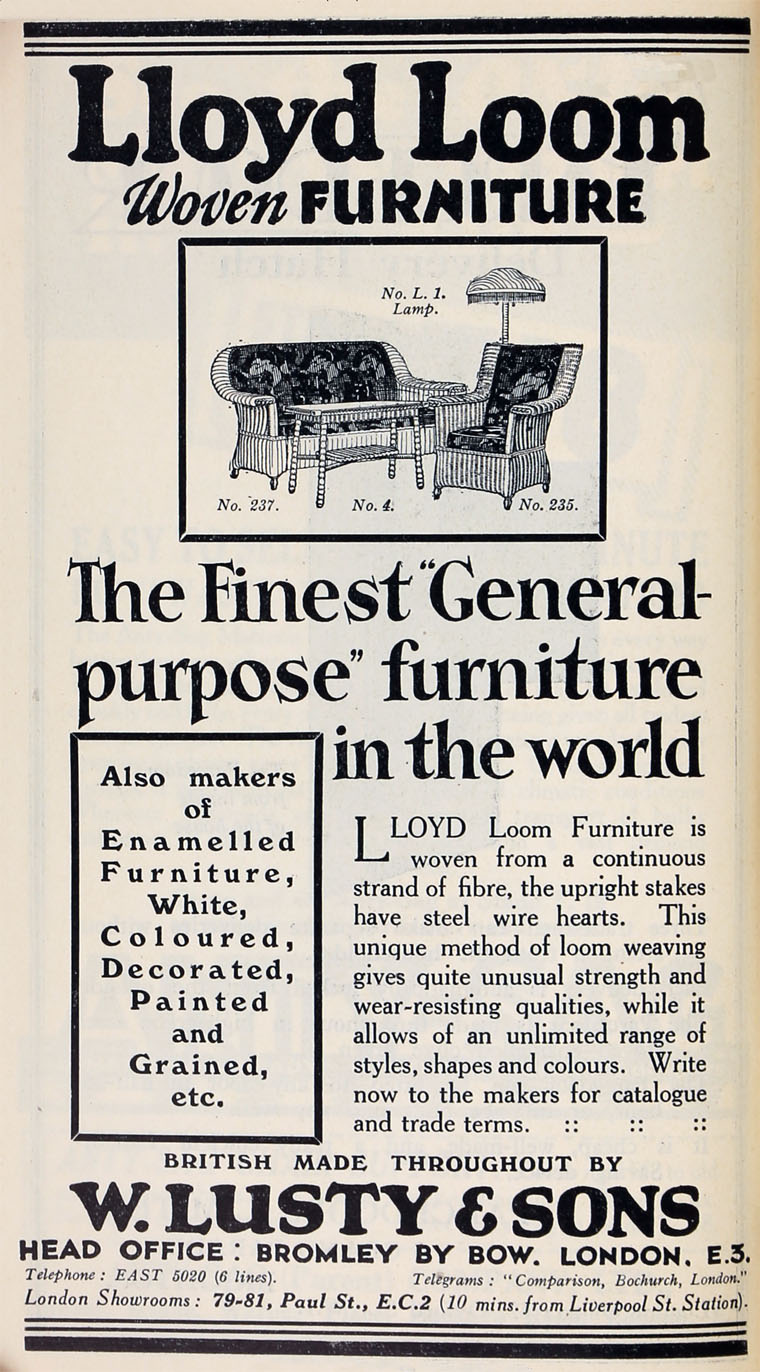 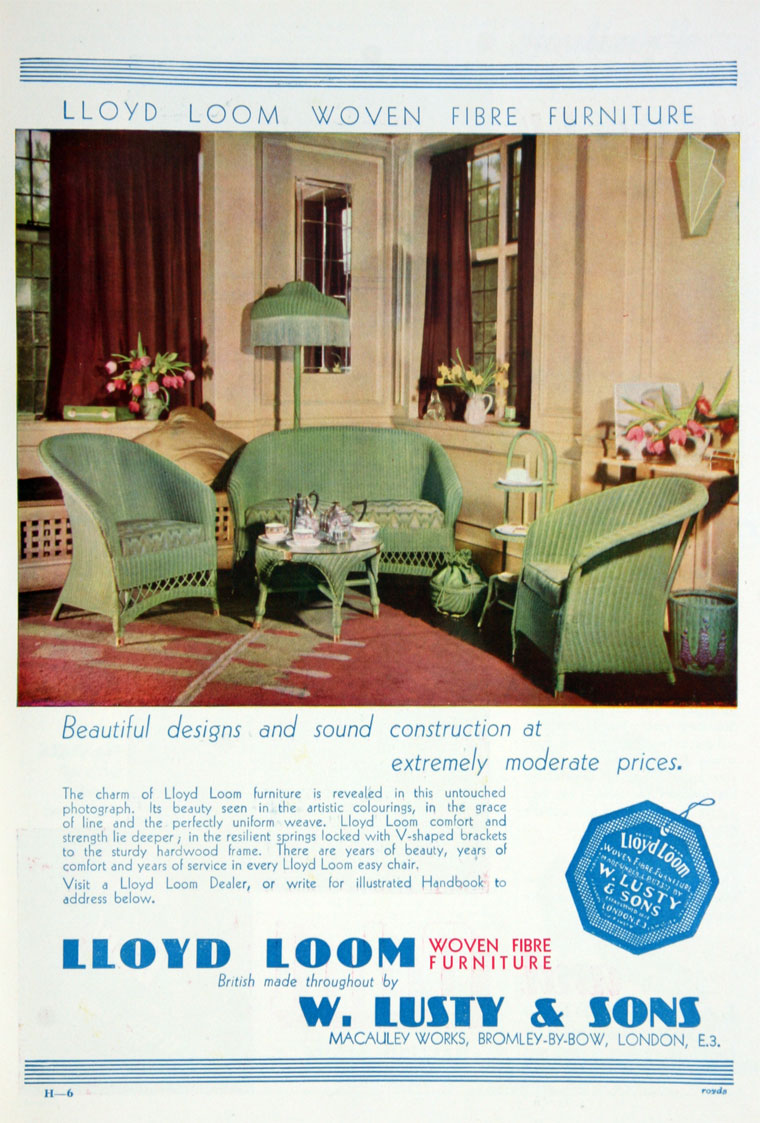 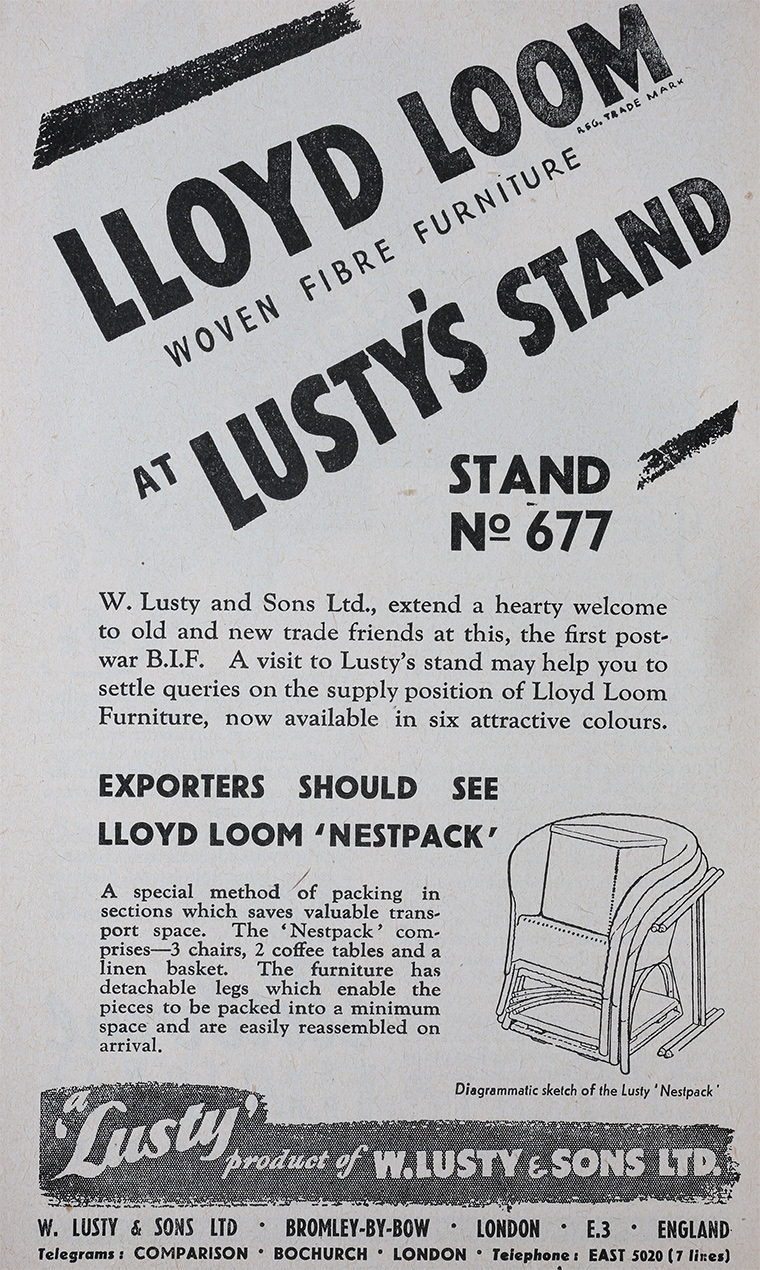 1917 The legendary Lloyd Loom process was invented by an American, Marshall B. Lloyd, who twisted Kraft paper round a metal wire, placed the paper threads on a loom and wove them into what was to become the traditional Lloyd Loom fabric.

1921 Lloyd Loom chairs quickly became very popular in America and Marshall B. Lloyd sold his patent to an English manufacturer, which used Lloyd Loom in an original manner to create a collection of typical English furniture.

William Lusty was a salvage merchant who rescued driftwood that had fallen into the London canals from barges, and then turned them into packing crates. He contacted Marshall B. Lloyd and expressed an interest in obtaining the patent in order to manufacture Lloyd Loom furniture in the UK.

William and his son Frank Lusty created a factory in Bow, but by the mid-1920s had reached crisis point as they had only achieved very modest success. People were not convinced that the furniture was suitable for indoor use. Many customers believed that it should only be used outdoors and the summer season was short.

Assistance unexpectedly came from the LNER (London North East Railway) when it began to use Lloyd Loom furniture in its hotels. Soon everybody wanted Lusty's furniture.

1930s Lloyd Loom was soon all the rage in Europe too. At the height of its popularity, Lloyd Loom furniture could be found in hotels, restaurants and tearooms, as well as aboard zeppelins and cruise liners.

WWII When the factory in England was bombed on the 7th.Sept. 1940, the production of Lloyd Loom chairs came to a halt in Europe.