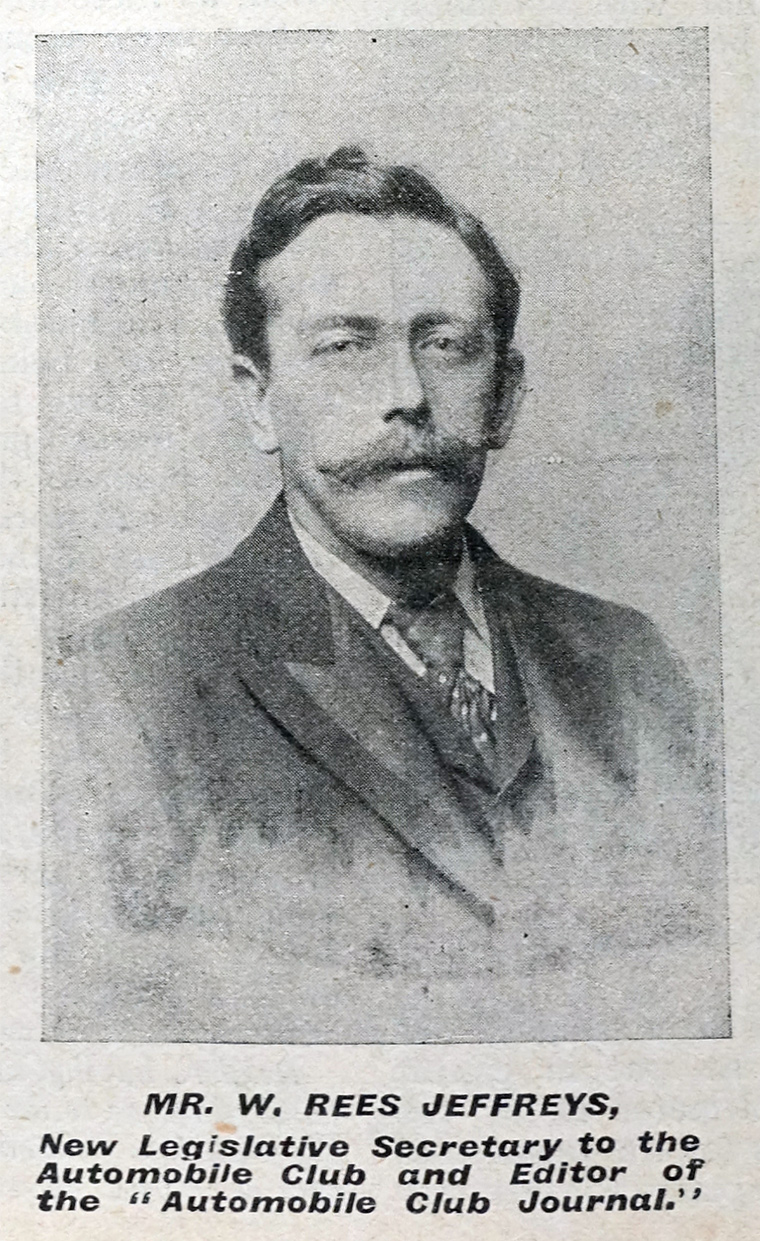 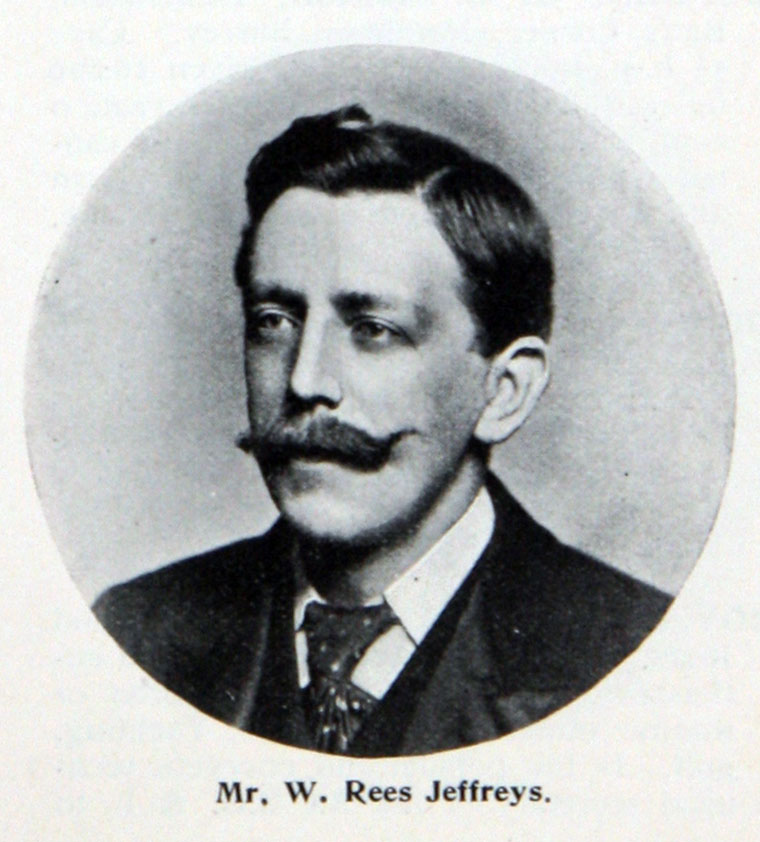 1904 JEFFREYS, W. Rees, Administrative Secretary of the Motor Union; Editor of the Automobile Club Journal; Honorary Secretary of the Roads Improvement Association (incorporated); member of the Council of the Cyclists' Touring Club. Is an authority on systems of highway administration. Mainly through his efforts a Departmental Committee of the Local Government Board was appointed in 1903 to inquire into highway administration, and report on highway authorities in England and Wales. In their report the Committee acknowledged the assistance rendered to them by Mr. Jeffreys and many of the recommendations of the Committee were based upon his evidence. Has put forward a scheme for the "Hausmannizing" of London. Associated with efforts to solve the dust problem, he arranged the experiment made at Farnborough, in 1902, in which the value of petroleum as an agent for fixing the surface dust was tested. Is an expert on local government and taxation questions, and his intimate knowledge of local authorities mid their work has proved of great service in connection with negotiations he has conducted on behalf of the A. C. G. B. & I. in connection with the administration of the new Motor Car Act. [1]