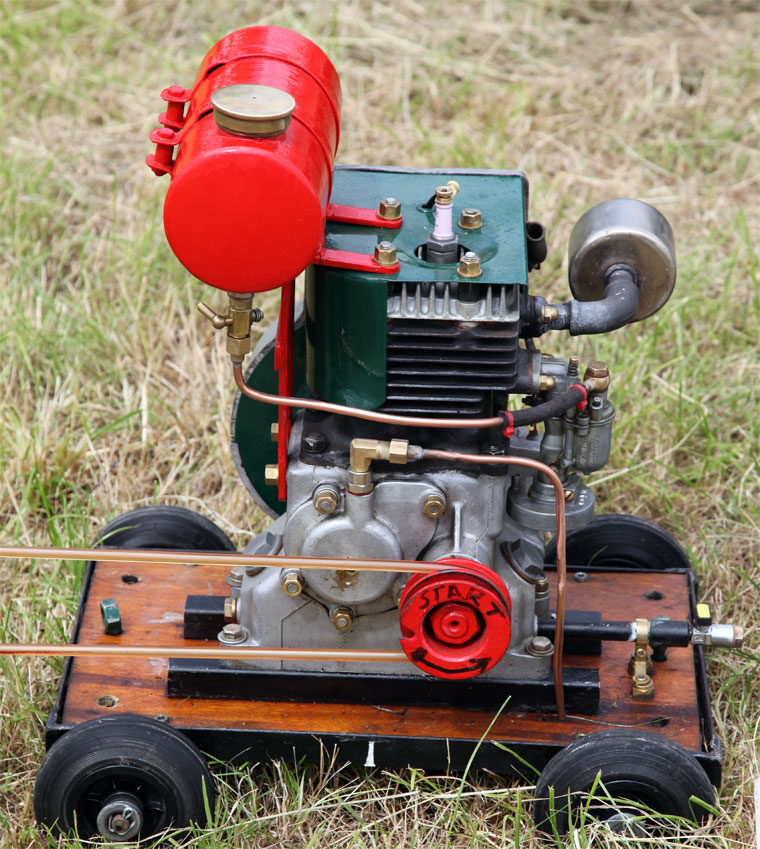 Teagle was a motorcycle clip-on engine produced in Cornwall from 1952 to 1956.

The 50cc two-stroke engine was derived from a garden power tool, and sat over the rear wheel of a bicycle with friction roller drive. It was constructed mainly from light-alloy with one major casting.

It was first seen late in 1952, but did not reach the market until 1954. By that time it had become dated and was outstripped by the moped.

1967 December. Exhibited at the Earl's Court with the Dominant single and double swath haymakers [1]