Grace's Guide is the leading source of historical information on industry and manufacturing in Britain. This web publication contains 144,316 pages of information and 230,176 images on early companies, their products and the people who designed and built them. 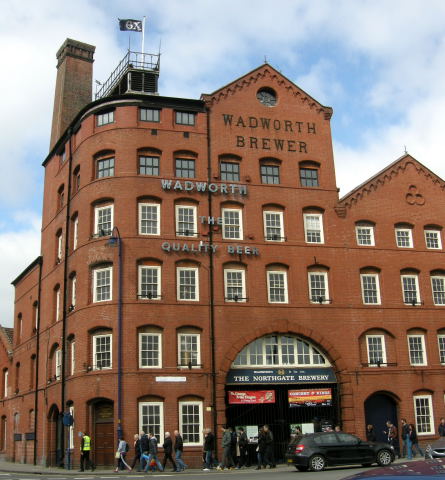 Northgate Brewery in the centre of Devizes, and brewery tourists

1875 The old Northgate Brewery was purchased by Henry Alfred Wadworth. At the age of 22 he already had six years brewing experience both as a pupil at a brewery in London and also as manager of a small brewery at No.8 Long Street in Devizes.

Henry went into partnership with his life-long friend and brother-in-law John Smith Bartholomew. During the next few years they perfected their particular method of brewing and soon outgrew the facilities of their first premises.

1885 The Northgate Brewery was designed and built by Henry Wadworth on the site of a small sweet-water well a hundred yards away from their first brewery.

1974 Shire horses were re-introduced; two working horse-drawn drays can still be seen in Devizes every weekday morning. The company also has a cooper - one of only 4 left in Britain.