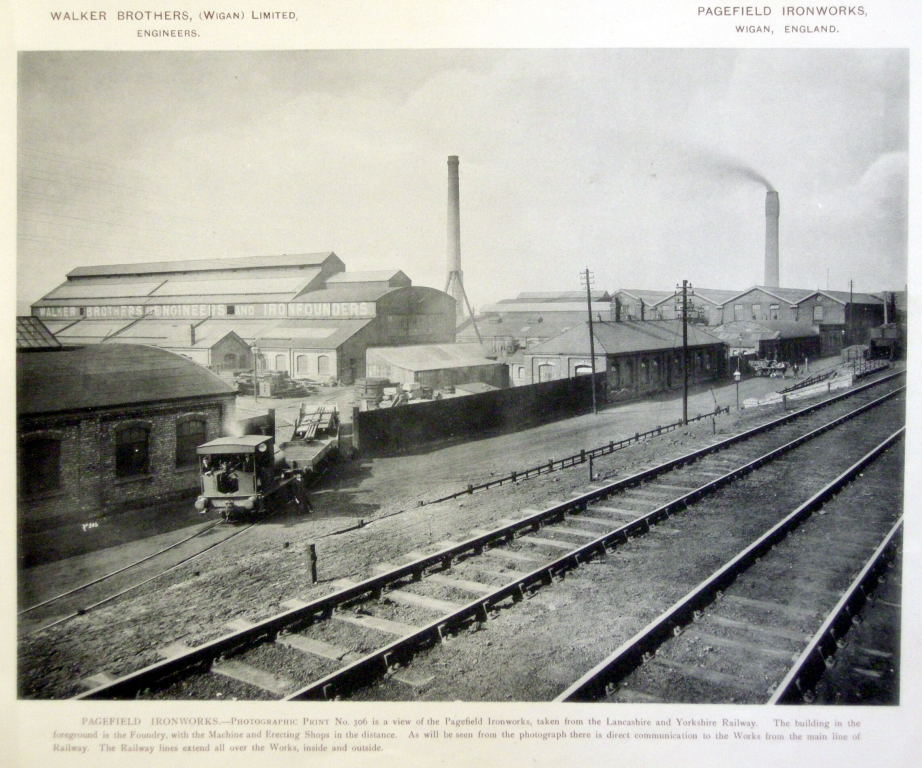 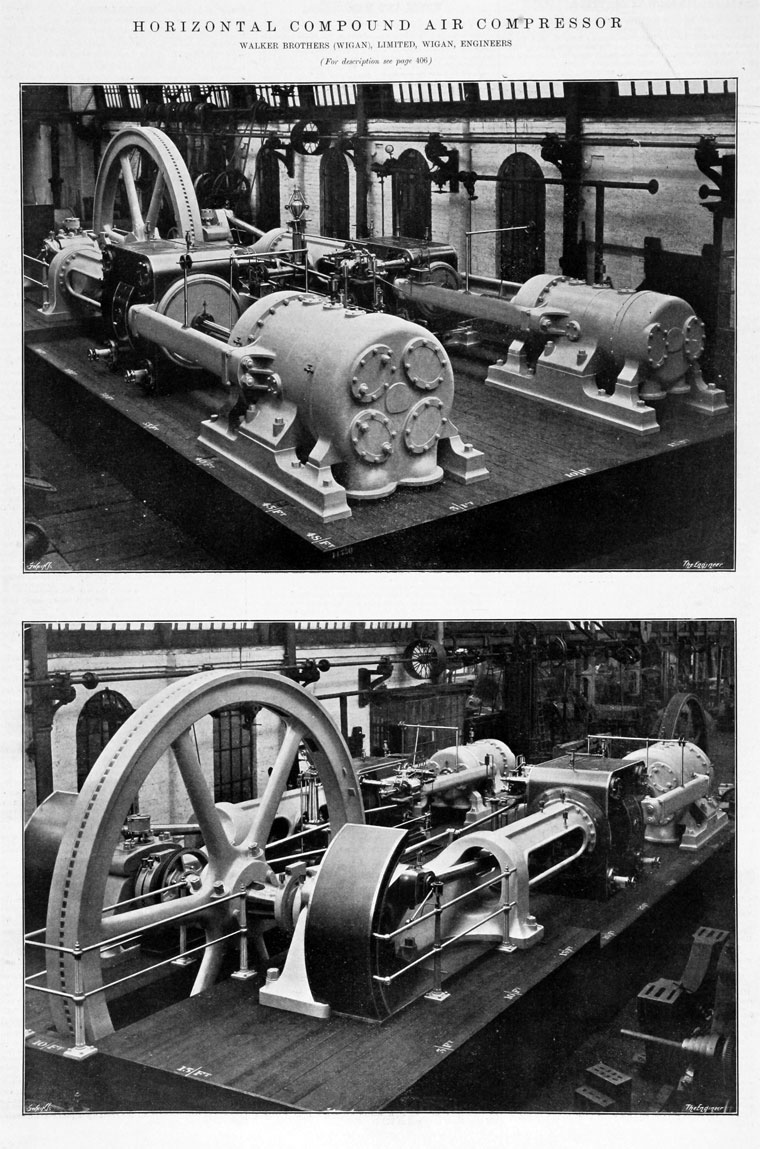 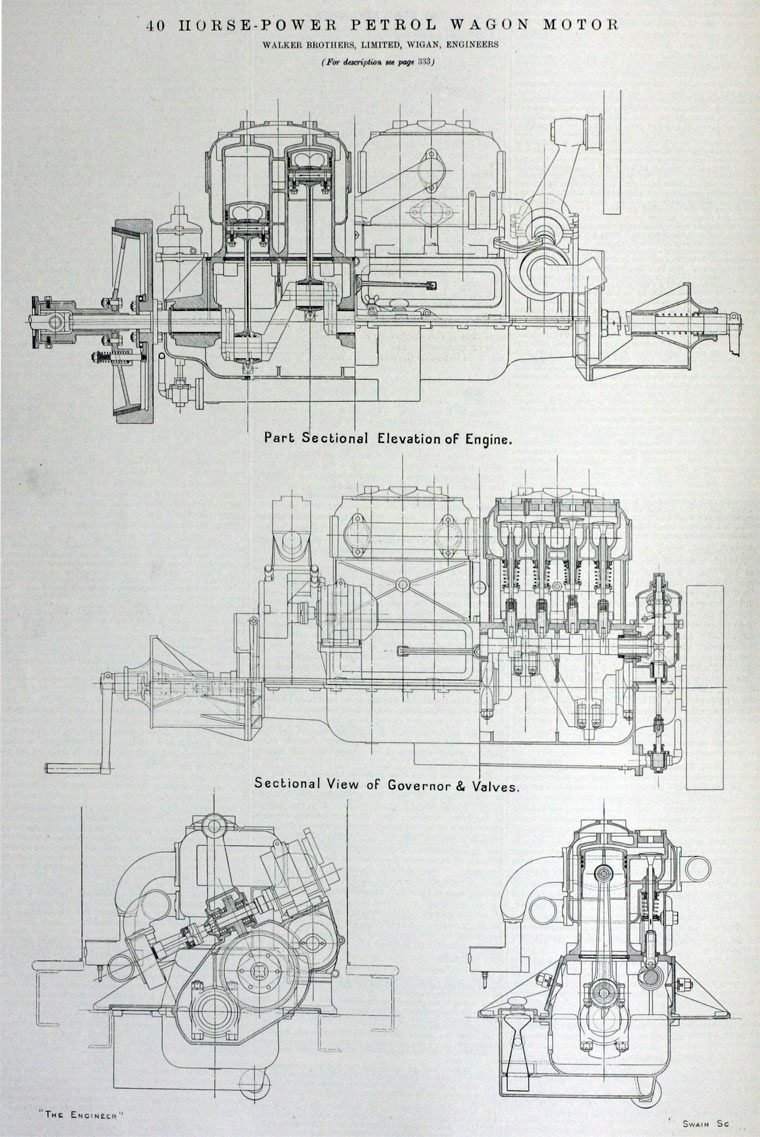 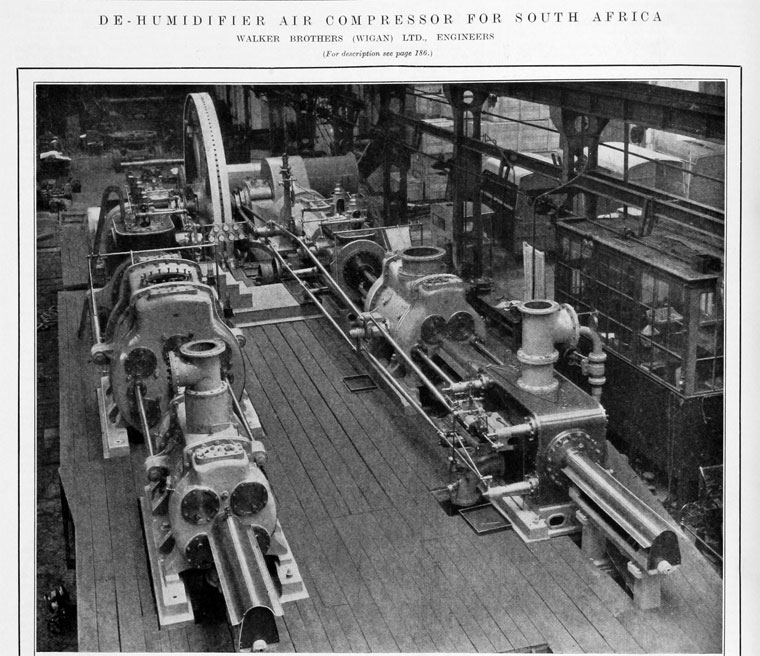 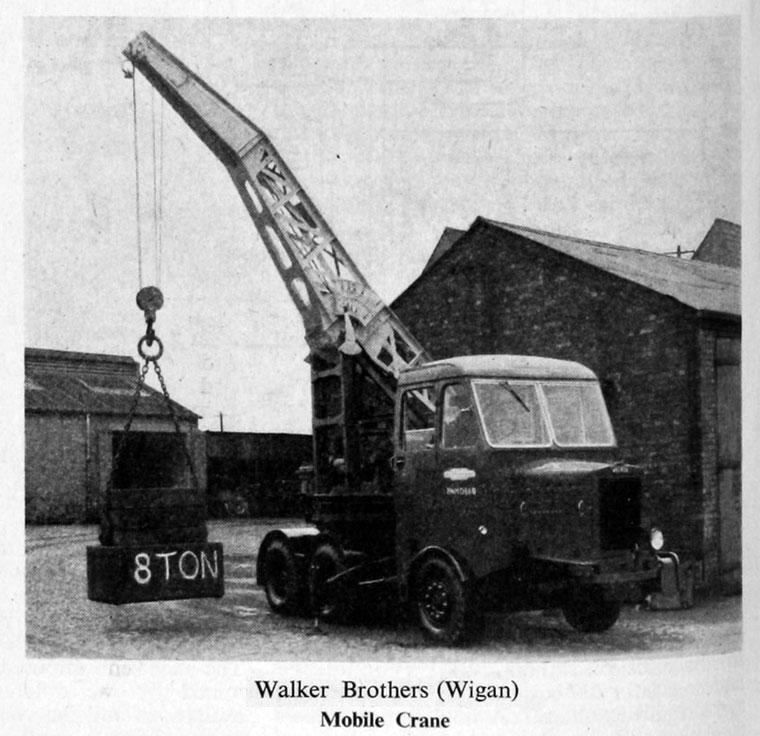 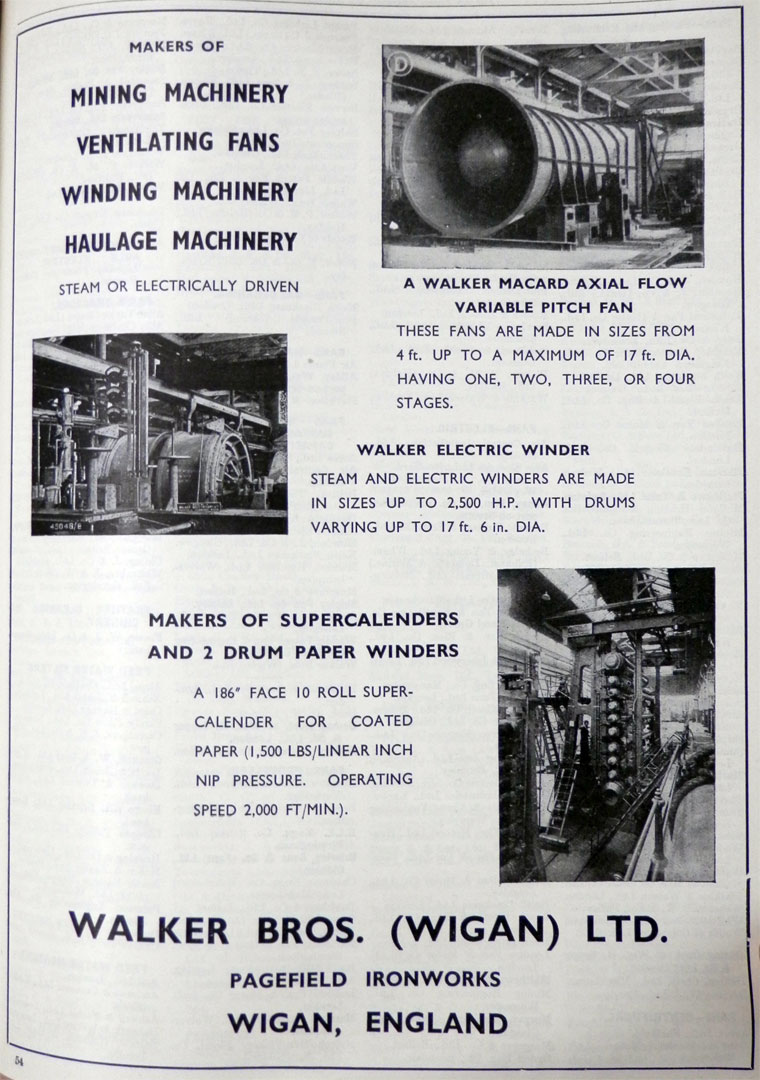 1890s: Engines at Whitburn Colliery, near Sunderland, were photographed by George Watkins: One was a cross compound fan engine made by Walker Bros, and the other was a winding engine believed to be by Walker Bros. Walker’s fitted new HP cylinders when higher pressure boilers were installed. [1]

c.1905 The company issued a catalogue containing hundreds of high quality photographs of the works and its products. Some of the photos are reproduced in Walker Brothers: Works Photographs c.1905.

1913-1917 For a list of the models and prices of Petrol Motor Commercial Vehicles see the 1917 Red Book under the Pagefield name.

1927 A low frame PSV chassis was produced. It was very ahead of its time having a six-cylinder Dorman engine, four wheel internally-expanding drum brakes.

The whole engine assembly could be detached and wheeled out; this was an idea later brought about by Morris-Commercial.

Users of Pagefields were Grant's Saloon Services and Wigan Corporation who were local to the company.

The company were known for making the most successful battery-electric trucks.

Bus bought by Liverpool Corporation with a 25 passenger body.

1936 Made a light railcar for the Paita-Pauira section of the Peruvian Corporation Railway, with a Gardner 6LW engine. A similar pair of railcars was supplied to the Sao Paulo Railway of Brazil. The design was based on that of railcars supplied to Ireland.[4]

1961 Engineers and makers of mining and paper making machinery. [6]