Grace's Guide is the leading source of historical information on industry and manufacturing in Britain. This web publication contains 142,948 pages of information and 228,874 images on early companies, their products and the people who designed and built them. 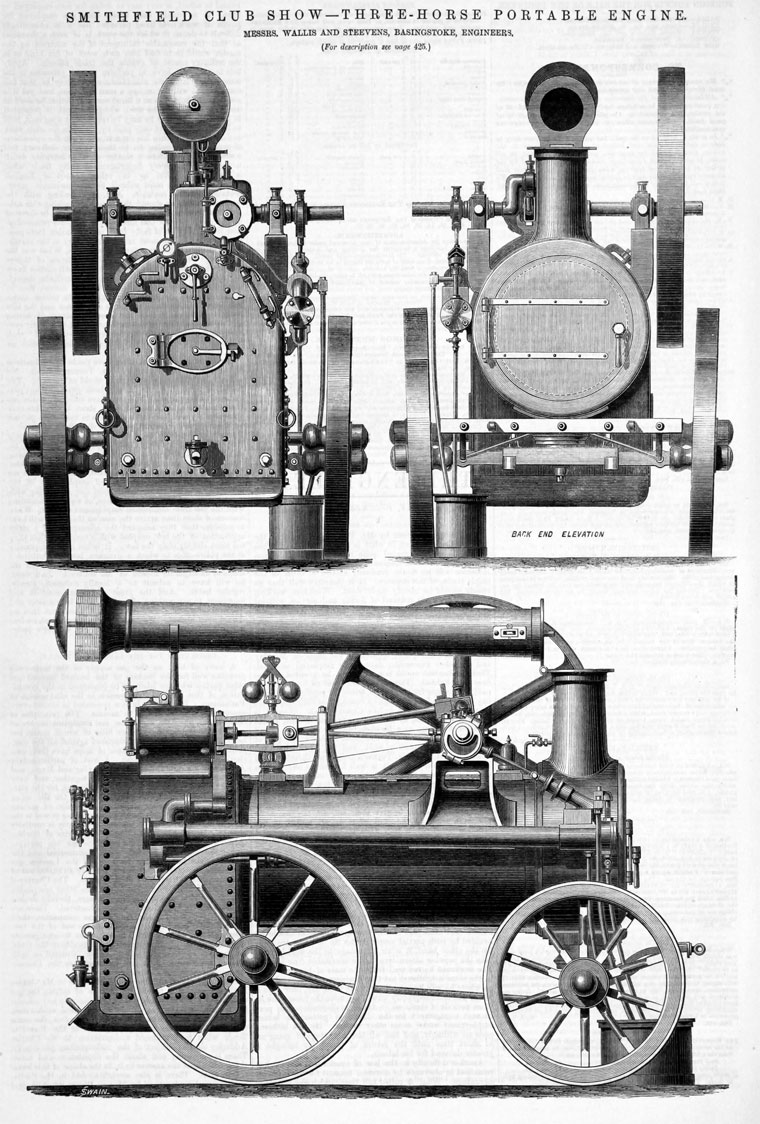 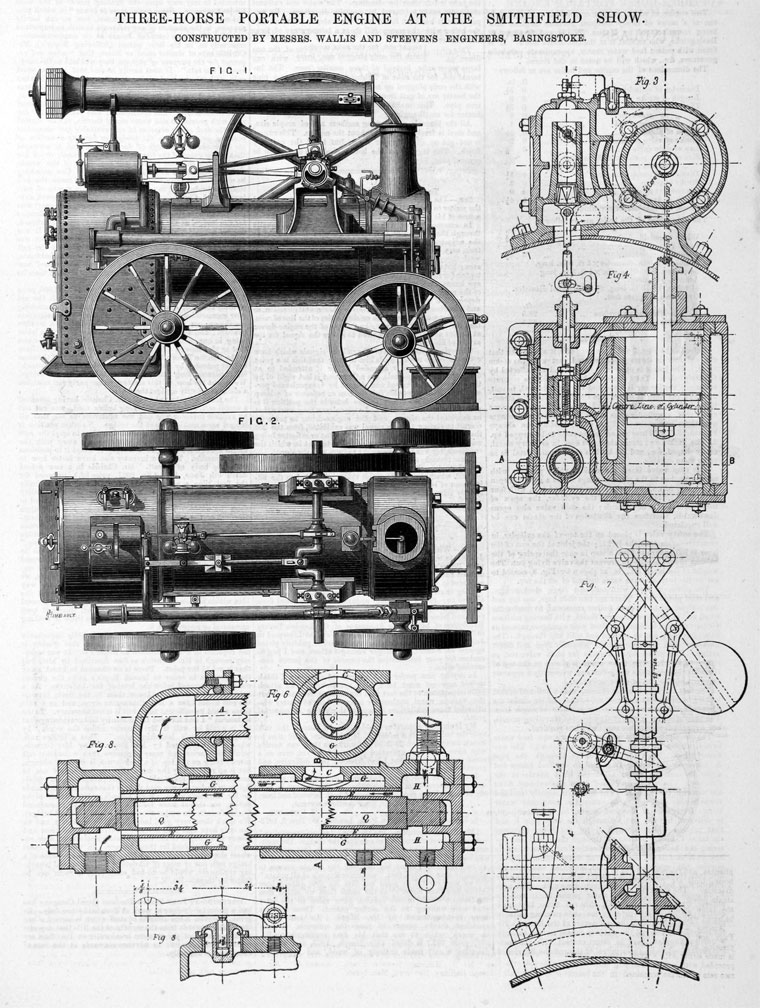 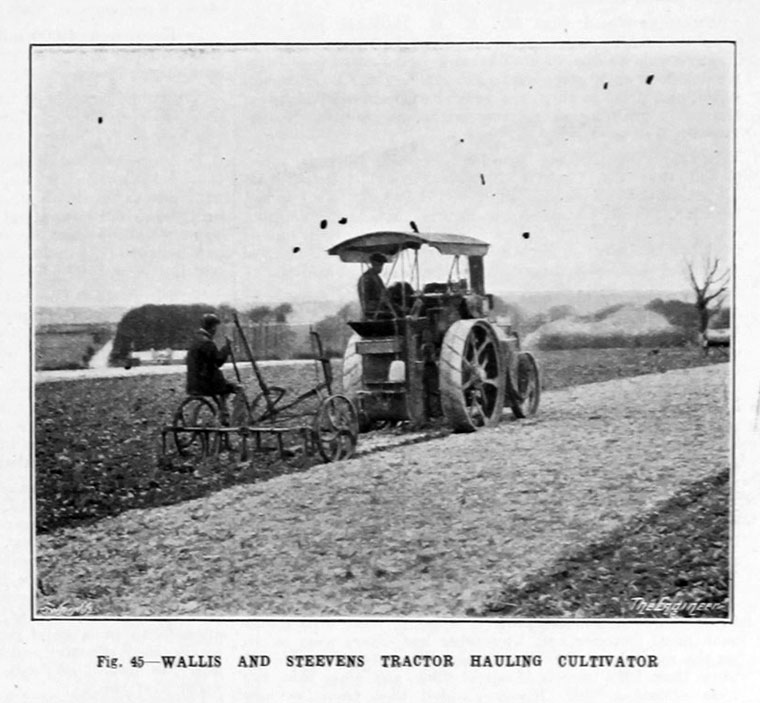 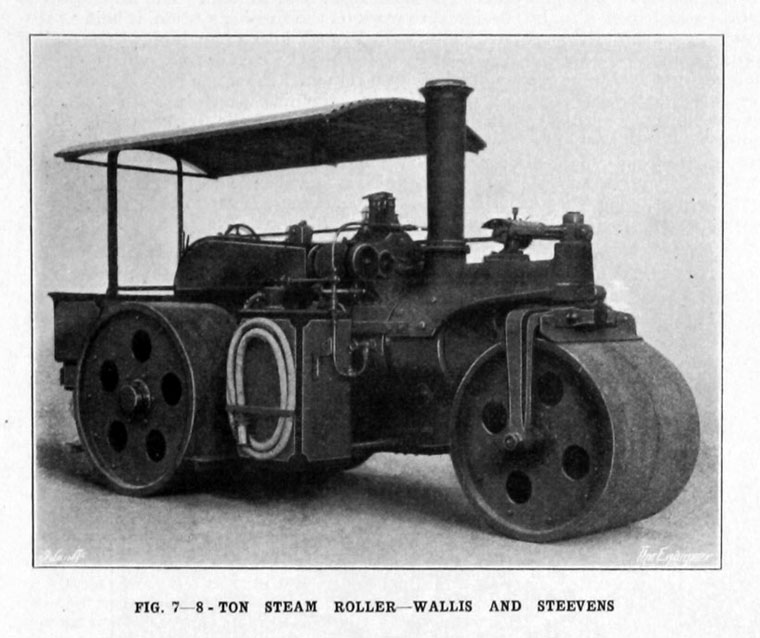 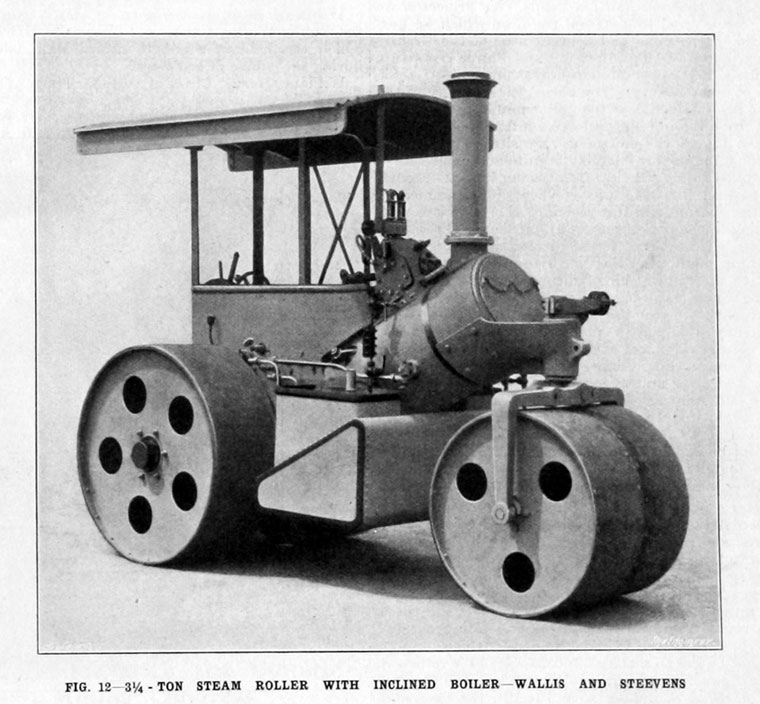 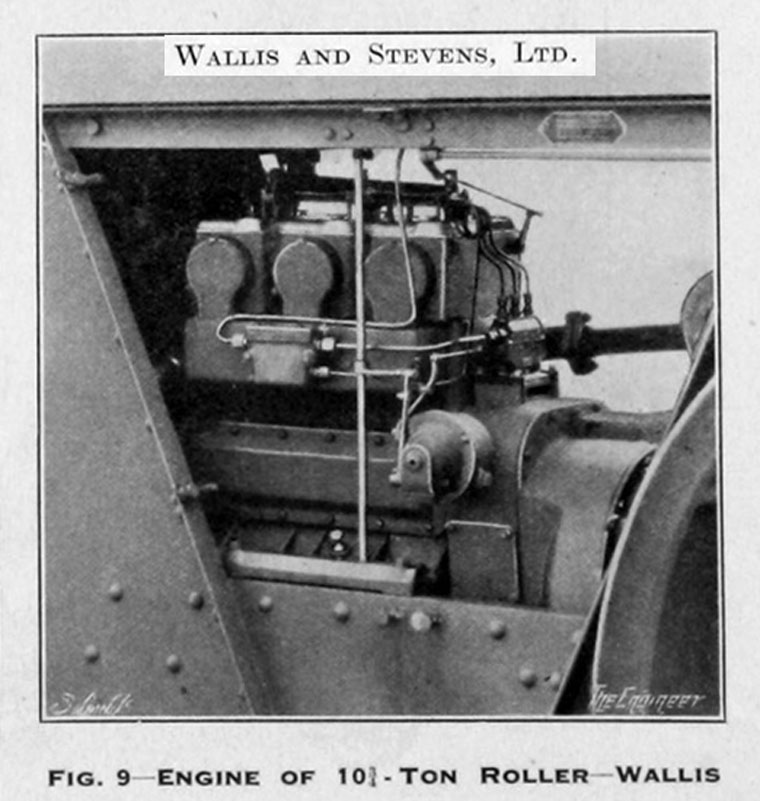 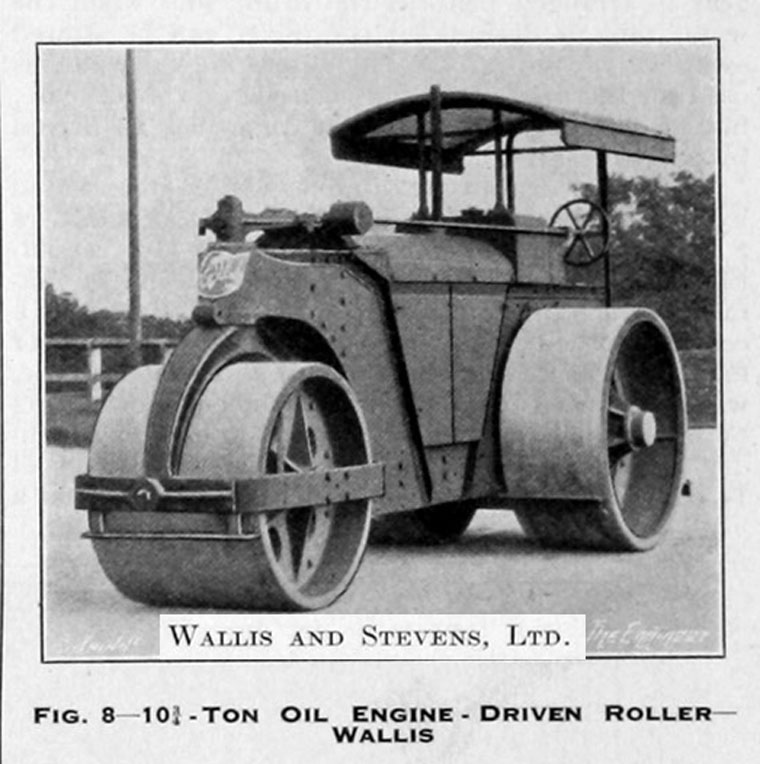 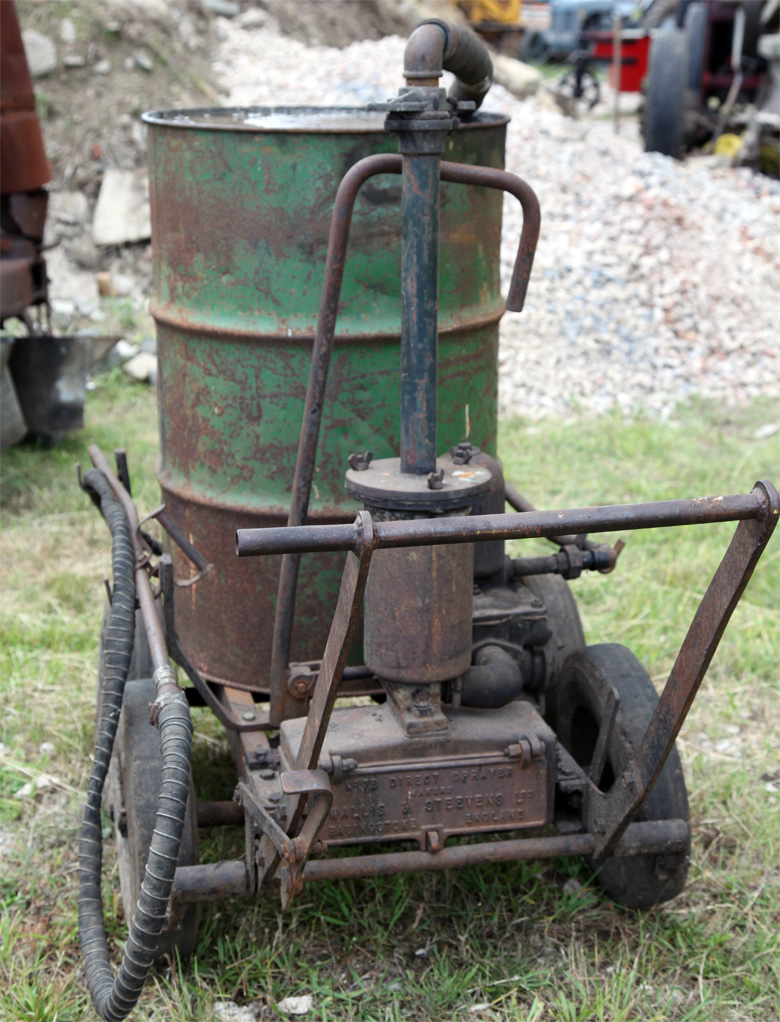 No 7B Direct Sprayer.

No 7B Direct Sprayer. (Detail).

Wallis and Steevens of Basingstoke were producers of Traction Engines

1856 Charles Haslam joined the firm when the North Hants Iron Works was opened in Station Hill, Basingstoke. The firm was then making mainly threshing machines.

1861 Charles Steevens joined the firm and the manufacture of steam engines was developed.

1876 Details of their eight-horsepower portable engine

1870s The production of traction engines was built up.

1890 The firm's first road roller was built. Illustration in 'The Engineer'

1895 Their first road locomotive was produced

1906 Produced a steam wagon with various bodies and usually a 5 tonner. This was produced until 1925 and an example is at the Hampshire County Museum

1923 The first of the Advance series of steam road rollers was introduced, and this heralded the increasing specialisation of the firm on road rollers. Petrol and diesel power succeeded steam, with Advance continuing as the company's brand name.