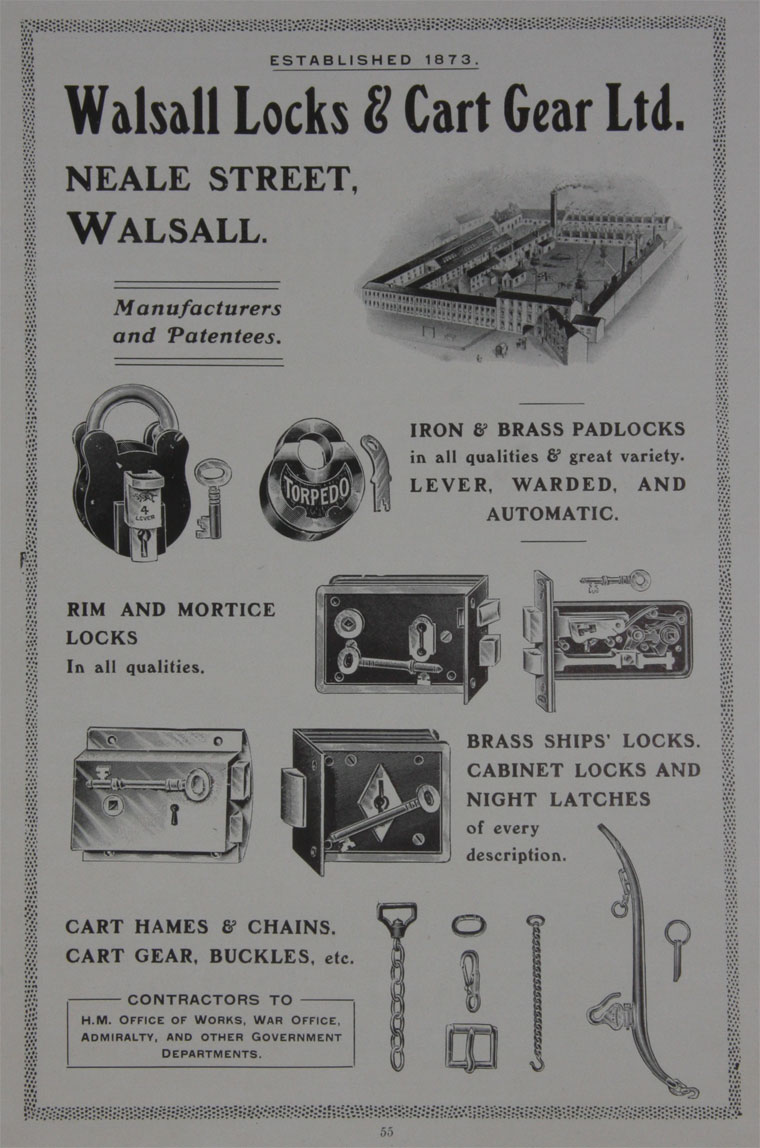 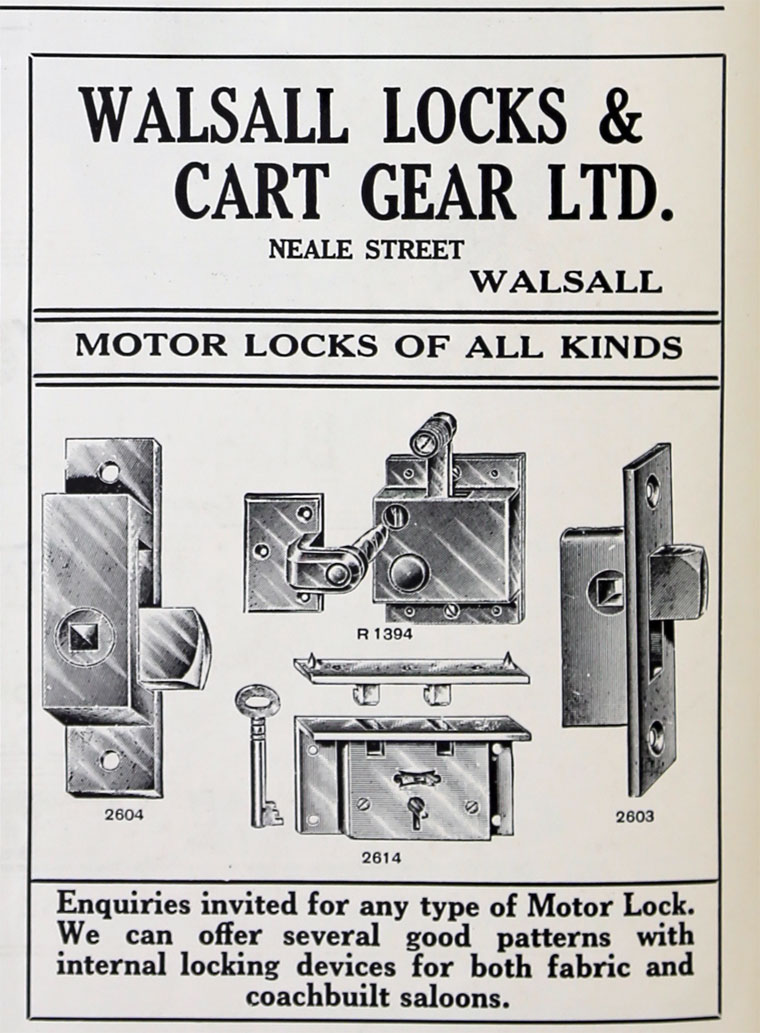 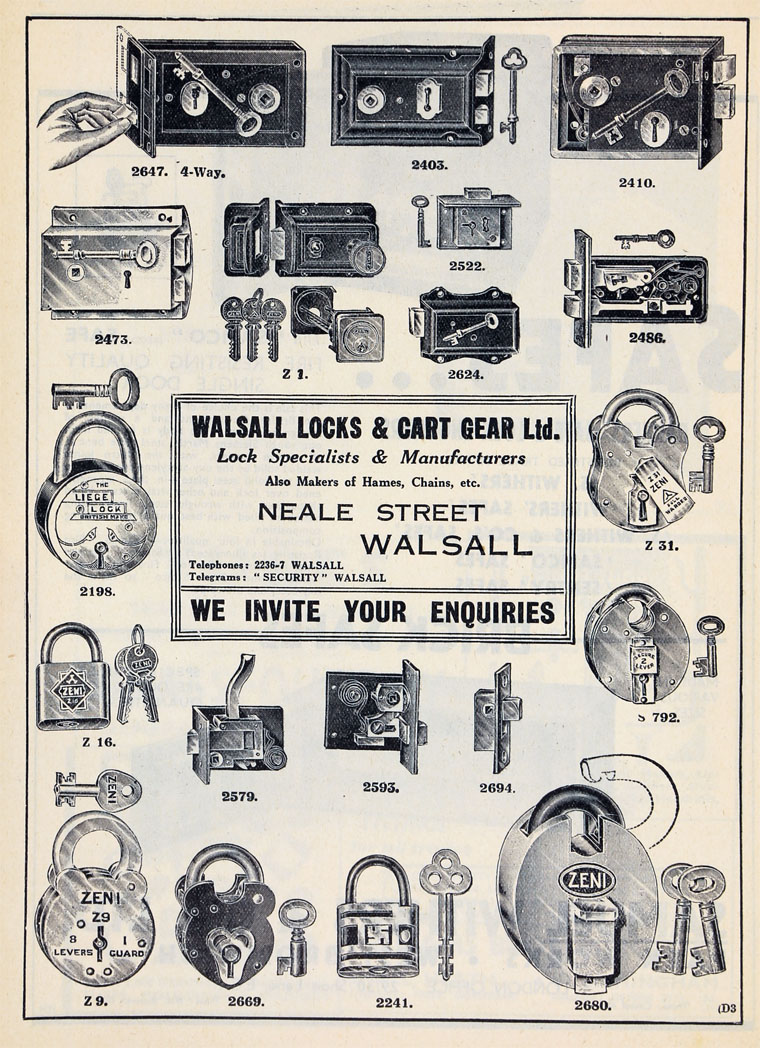 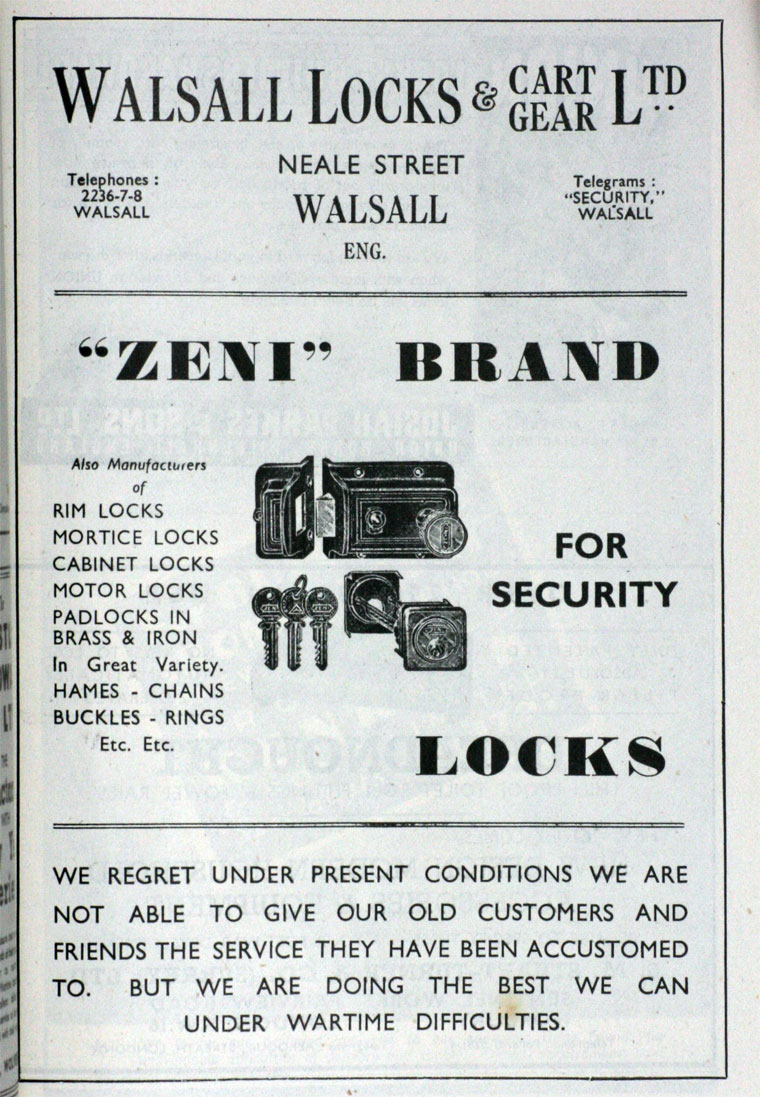 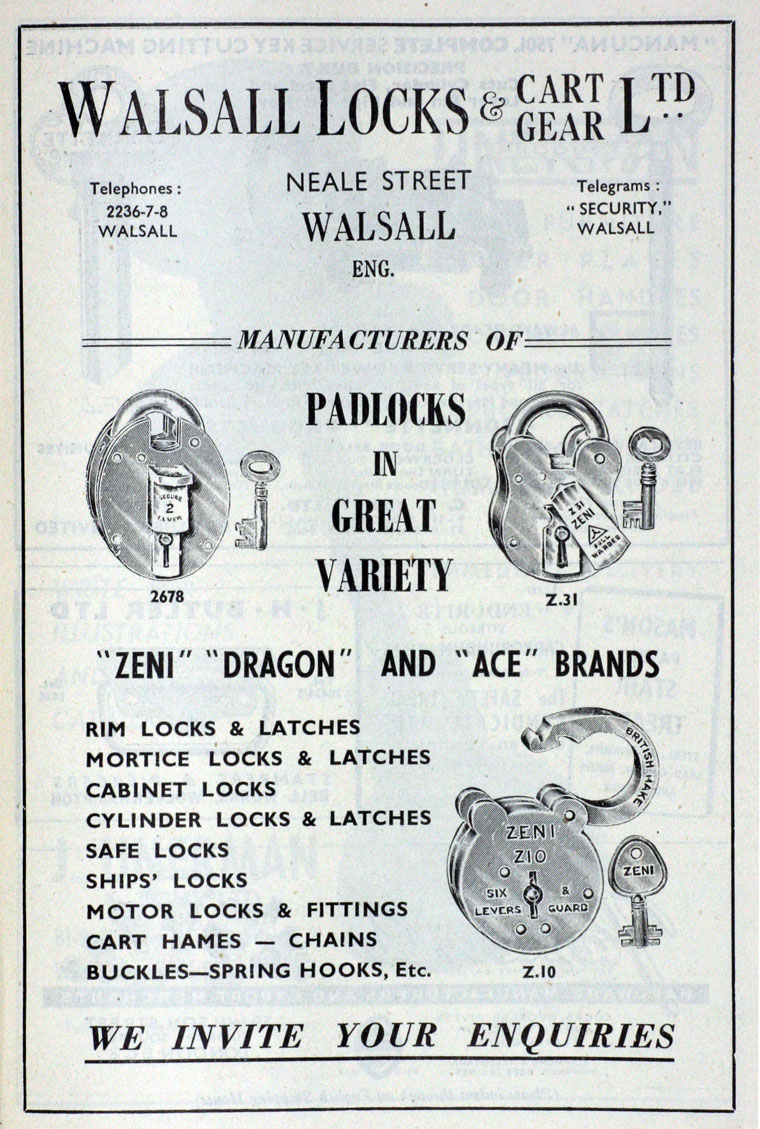 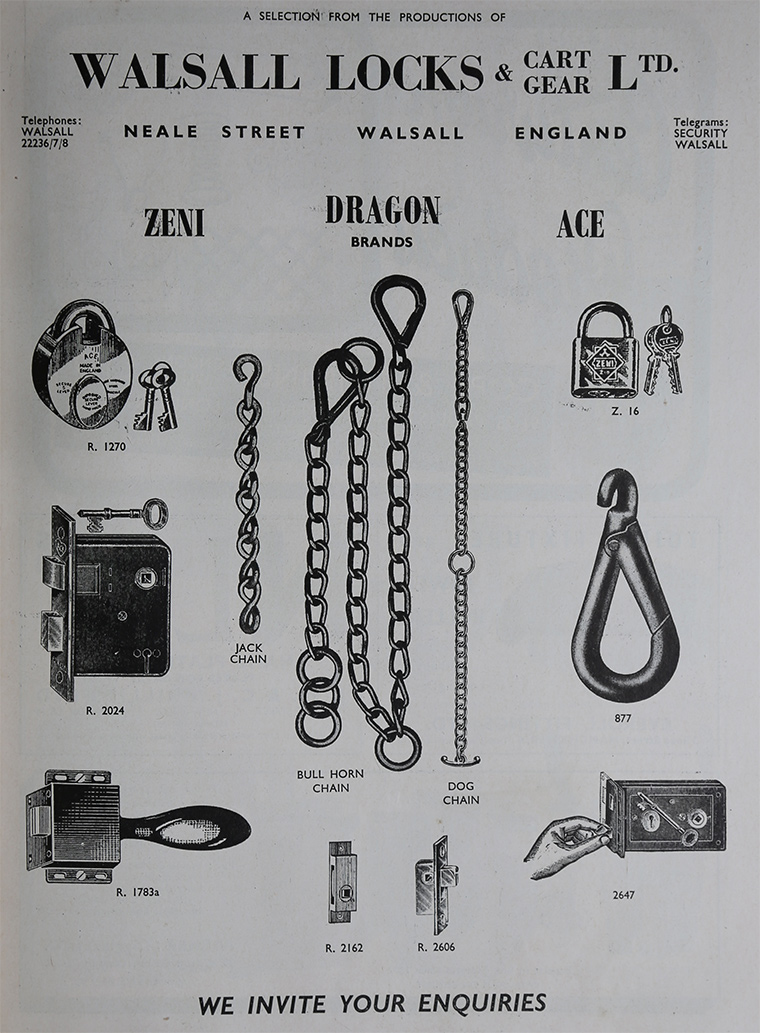 1873 The company was founded following an industrial dispute at another firm. The money from a benefit fund was used by the workers to open their own workshops and become self-emplyed.

1887 The company was trading in the name of Walsall Industrial Co-operative Lock and Hardware Manufacturing Society Ltd.

1888 There was much co-operative and trade language in thes business name so, in the interest of economy of speech, writing and ink, the name of Co-operative Padlock Society Ltd was adopted. They later became Walsall Lock and Cart Gear as their range of products widened.

Premises were built in Neale Street, Walsall and later expanded to having branches at Walsall Road, Willenhall (used until the 1960s) and Newhall Street, Willenhall.

1920s The range was expanded to include a cylinder pin tumbler night latch, which was sold under the Zeni brand name. They also used the Ace brand.

1975 The name was changed to Walsall Locks Ltd as, by then, the company was only making a few items for the equestrian trade.

1985 They went into liquidation with the loss of 85 jobs. A dividend of 46 pence in the pound was paid to creditors.

1986 The lock making part was taken over by Len Bates and Paul Preece, who formed Walsall Lock and Hardware Ltd and moved into new premises at Leamore Industrial Estate, Walsall, in February. They continued to make a small part of the original range of padlocks.

1997 On 1 April, they changed the name to Walsall Locks Limited. This was felt to describe the activities of the company and reflect the identity that they had built up within the industry. [2]