Grace's Guide is the leading source of historical information on industry and manufacturing in Britain. This web publication contains 142,063 pages of information and 227,774 images on early companies, their products and the people who designed and built them. 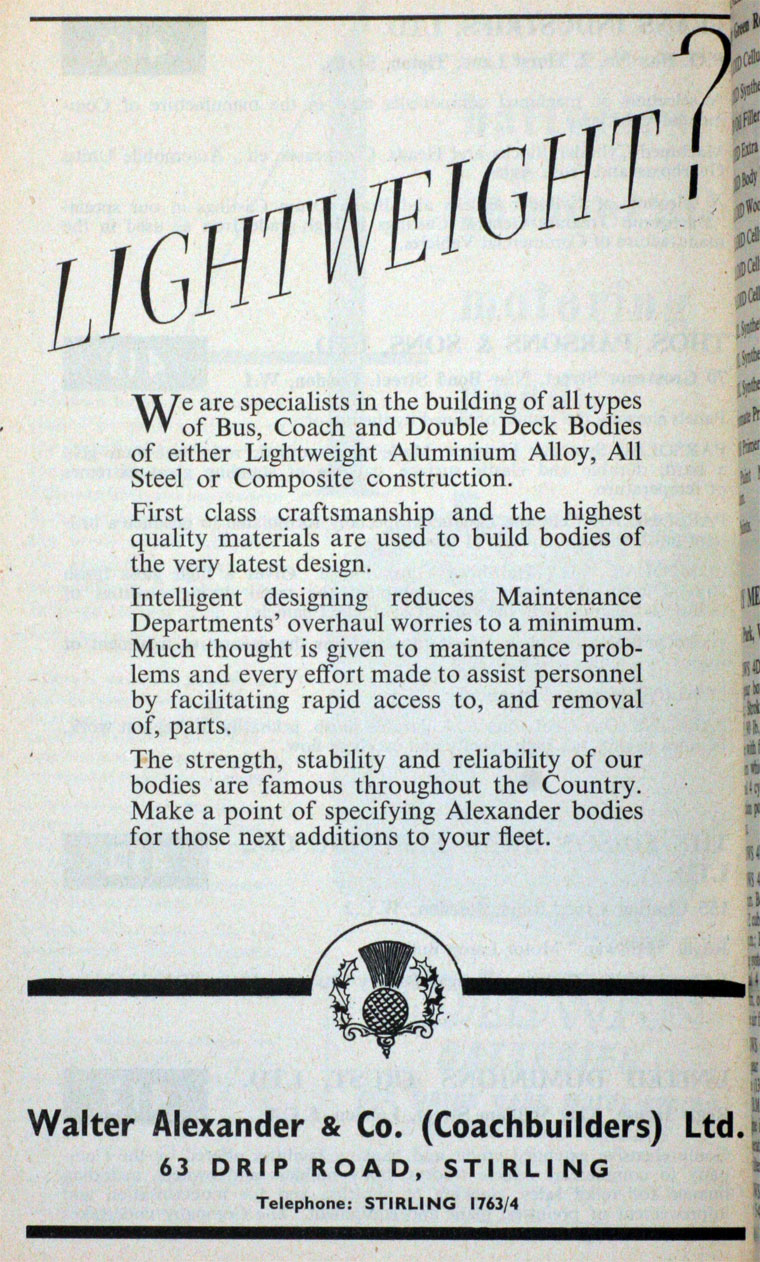 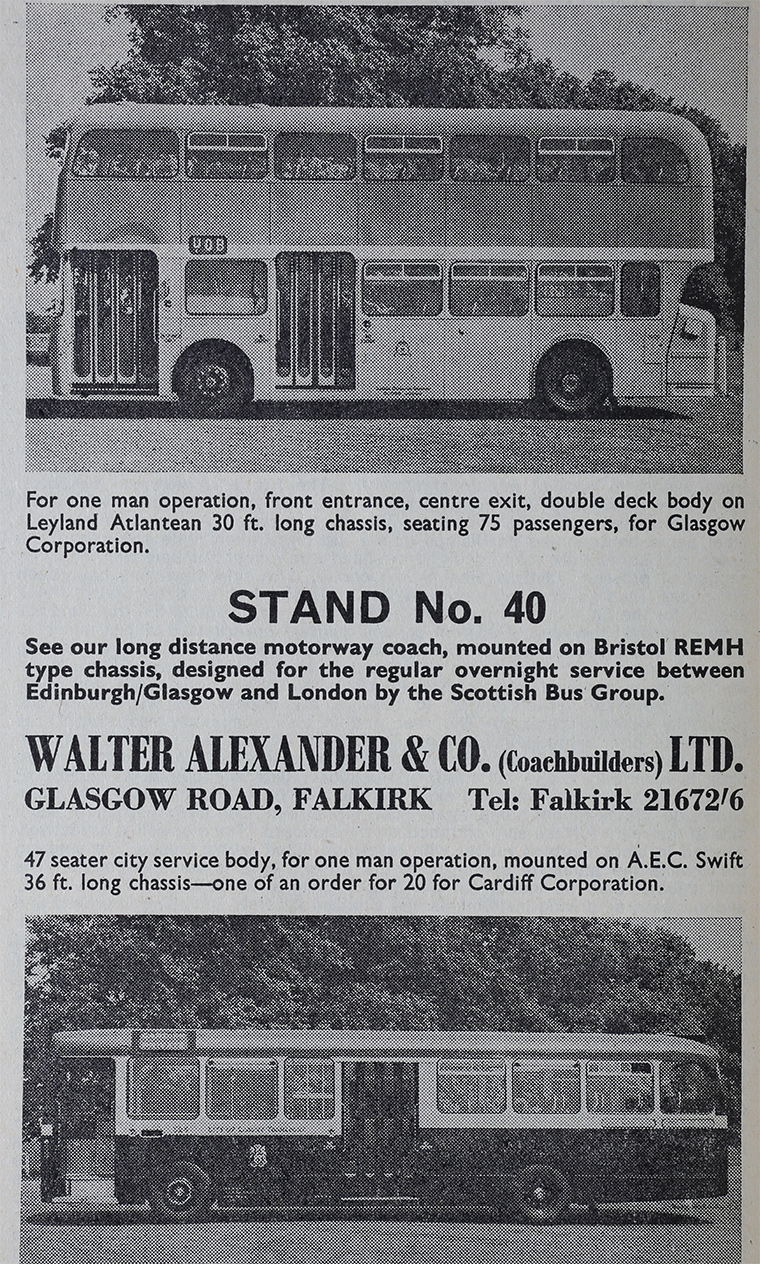 1924 To satisfy demand for their rapidly growing bus services, Alexander began to build its own buses at its workshops in Falkirk.

With the end of hostilities, the company quickly return to its established lines.

Attracted new customers and a boom in orders in the second half of the 1950s led moving to a new, state-of-the-art factory on Glasgow Road, Falkirk

By 1954 also had a small factory in Stirling (see advert)

1961 Alexander built the first of a new single deck coach, the Y-type, a highly adaptable design. It became the standard vehicle for the Scottish Bus Group as well as used by many operators south of the border.

During the 1970s Alexanders experimented with a fully-integral vehicle, an S-Series midibus seating 27 passengers.

1975 Eight 23-seater buses were made for West Midlands PTE.

2000 Mayflower and Henlys combined their UK bus and coach manufacturing interests in TransBus International. Faced with overcapacity and duplicate products, the new company consolidates some of its operations, but manages to retain its major production centres, albeit at a reduced scale.

2004 Mayflower collapsed due to heavy debts; TransBus International was put into administration. A consortium of Scottish investors rescues the Guildford, Falkirk and Larbert operations under the new combined name Alexander Dennis. In place of the Plaxton factory in Wigan, a new aftermarket headquarter and parts warehouse was established in neighbouring Skelmersdale. The Plaxton activities at Scarborough and Anston were the subject of a management buy-out.

The Glasgow Road factory is still in use.