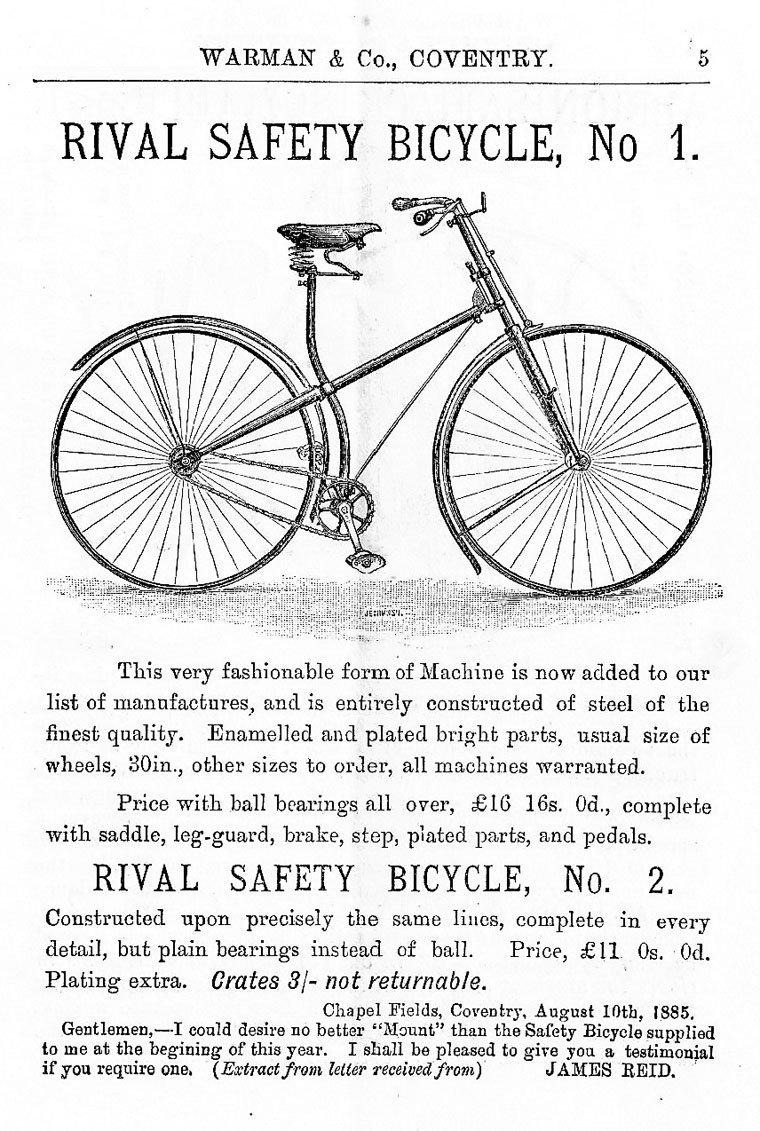 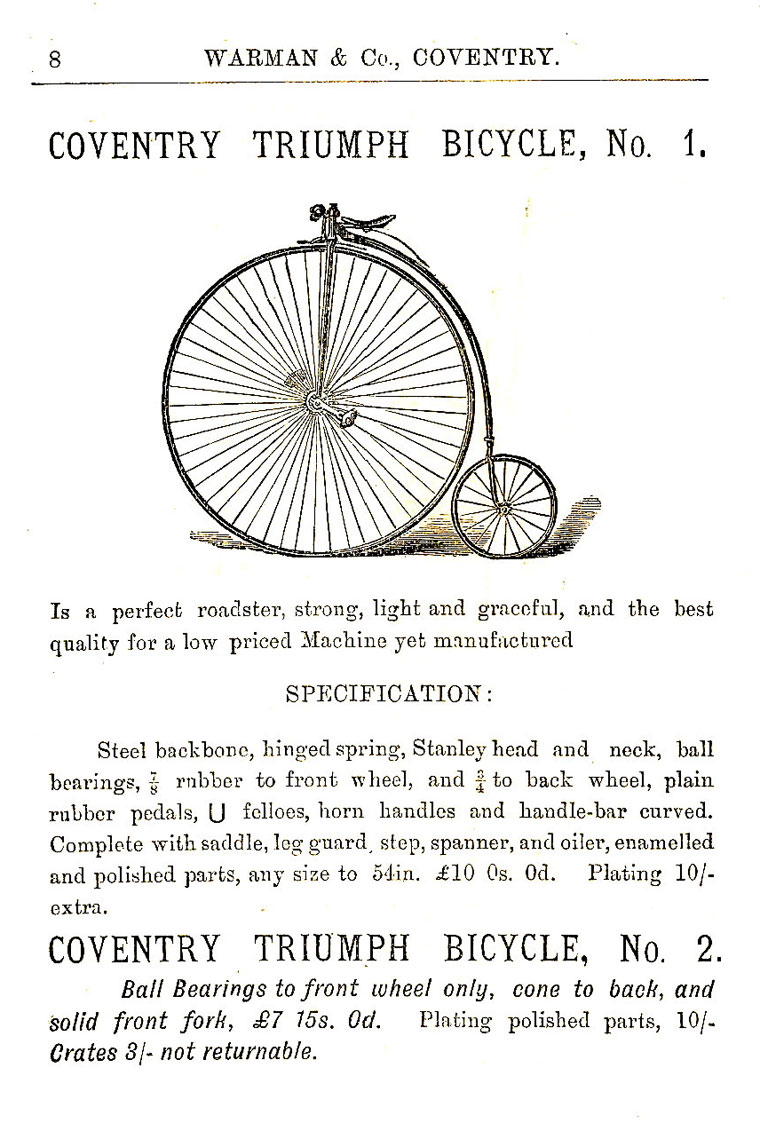 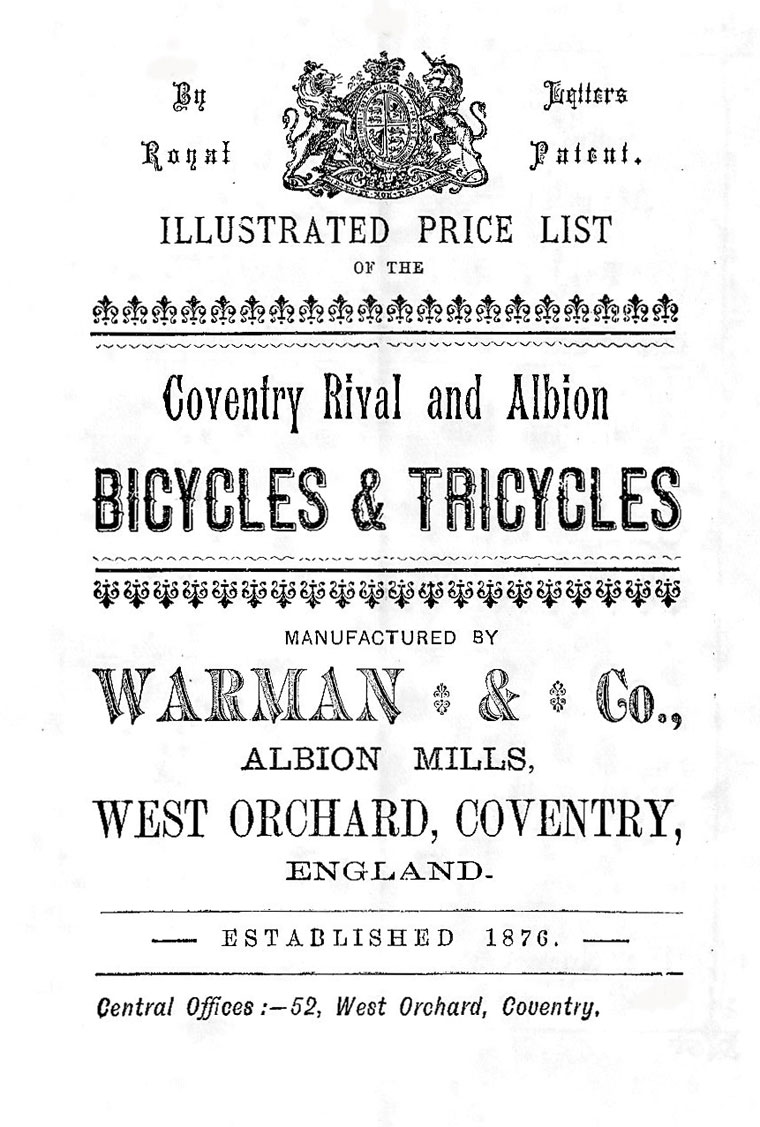 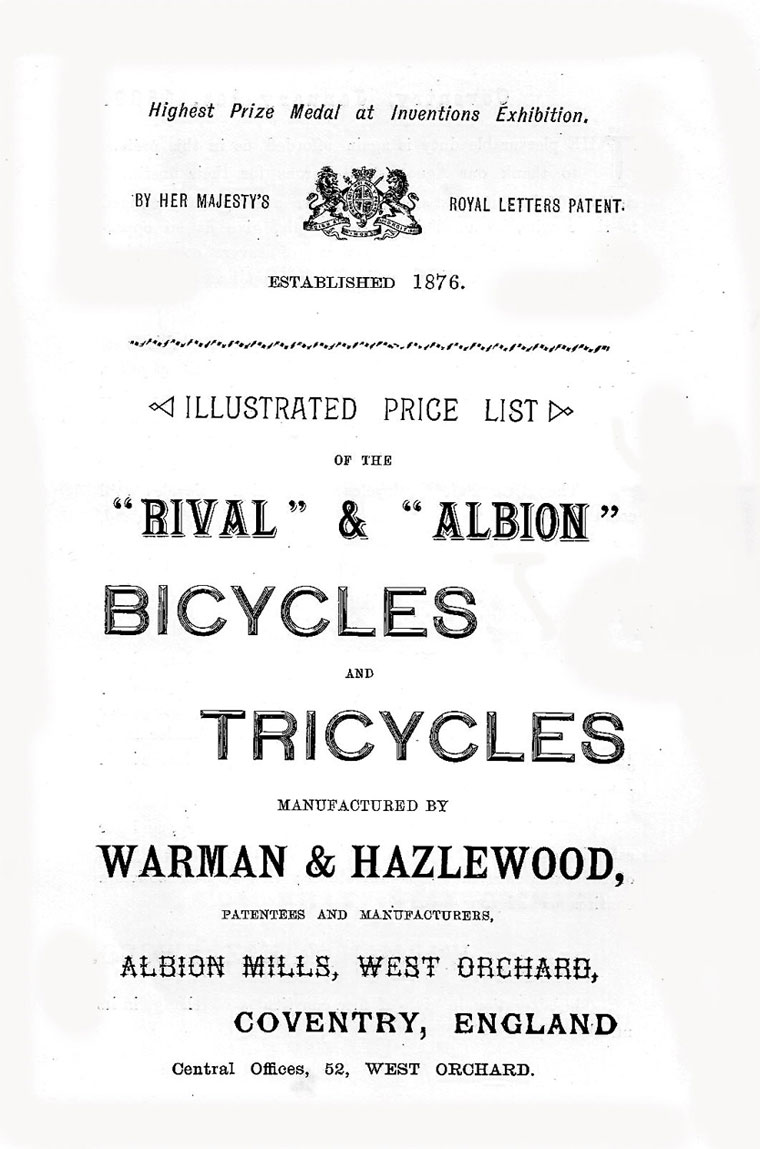 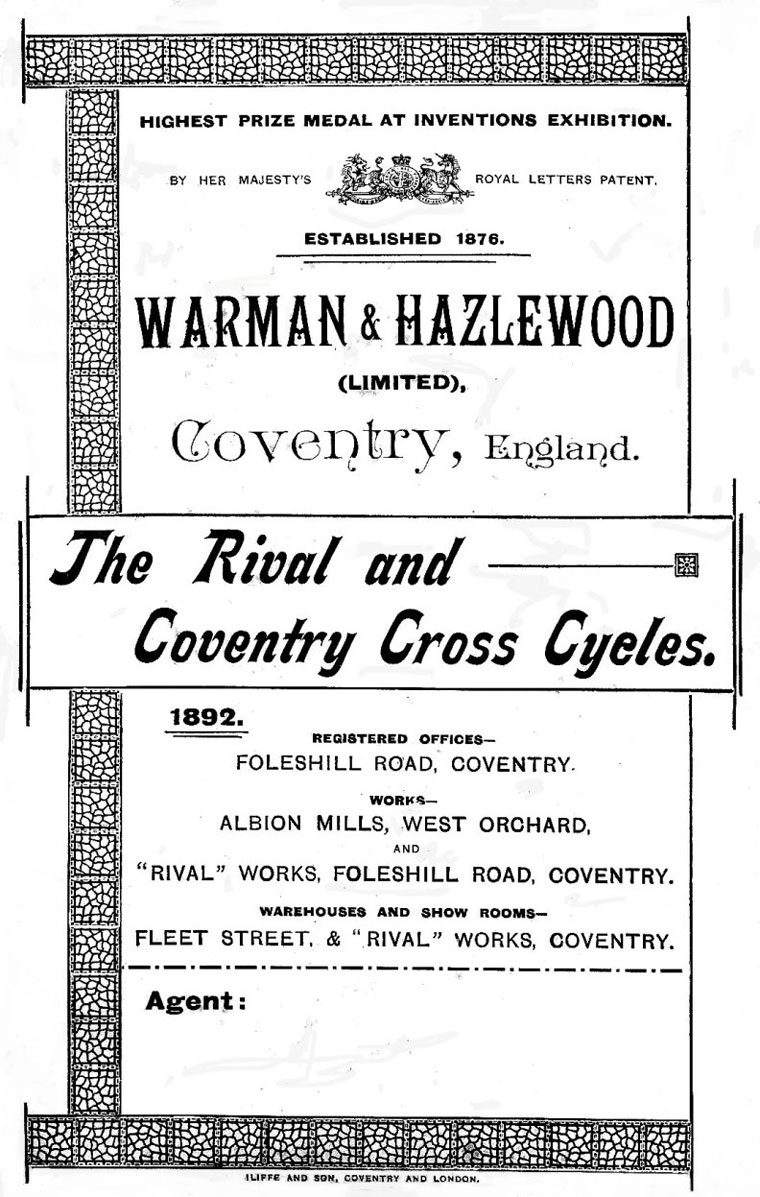 John Icely Warman started business in the City of Coventry in 1876, in partnership with William Laxon and Francis Aslatt. (Warman at the time was also a wealthy property dealer) by the mid 1870’s they were marketing bicycles and tricycles.

In Nov/Dec 1881 after the partnership was dissolved, the company then simply became Warman and Co selling bicycles & tricycles under the brand name RIVAL & TRIUMPH from premises at Albion Mills, West Orchard, Coventry, until the late 1880’s when he (Warman) was joined in partnership with James Hazlewood.

The company then became Warman and Hazlewood making and selling bicycles and tricycles with the name of RIVAL and ALBION. (The brand name TRIUMPH was not used after 1888).

From the catalogue for Warman and Hazlewood of 1891 it states: Our new factory, on Leicester Road, will be known as the “ RIVAL” Works and will give employment to 500 hands . . (workers) Confusingly their 1892 catalogue states that the “Rival” works was now situated on Foleshill Road, Coventry. Head office remained at West Orchard.

By 1892 the brand name Albion had also been dropped and another added, that of Coventry Cross.

Warman emigrated to USA 1895, the company then became The Hazlewoods, adding motor cycles to their range in 1905.

N.B: The ‘Ordinary’ bicycle is the correct name in this country for the now well known cycle called a Penny Farthing. [1]