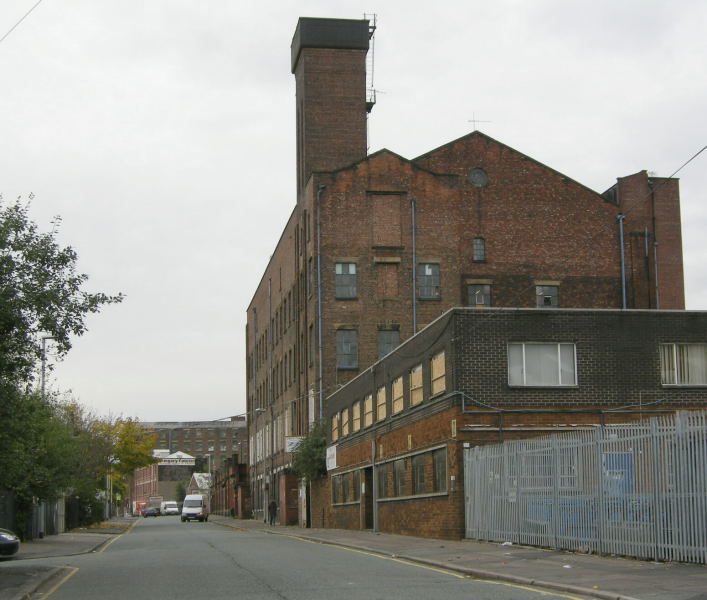 Note: This is not the same as Wellington Mills in Piercy Street, Ancoats, shown on the 1849 O.S. map.

1860 'Fatal Accident with a Teagle.—An inquest was held yesterday, by Mr. Herford, the city coroner, on the body of Walter Hampson, aged 11 years, whose death occurred under the following circumstances:— He was employed in Mr. John Clarke's, Wellington Mill, Pollard-street, and on Tuesday, about one o'clock, he was seen to get into the teagle and pull himself up. When he came down again he attempted to stop the teagle but failed; it went up again, and he, in jumping out, so injured himself that he died in the Infirmary on the following day. verdict of "Accidental death" was returned. [1]. Note: A teagle was a hoist or lift.

1895 Advertised for sale as cotton spinning and doubling mills as a going concern (43,794 spindles). It was stated that 5,072 sq yds of the land was not all occupied by mill buildings. The plant included two Lancashire boilers, Lowcock's economiser, and two engines - a compound engine by Galloways, coupled to a tandem engine by W. and J. Yates, together producing 450 HP [2]