Grace's Guide is the leading source of historical information on industry and manufacturing in Britain. This web publication contains 137,383 pages of information and 220,926 images on early companies, their products and the people who designed and built them. 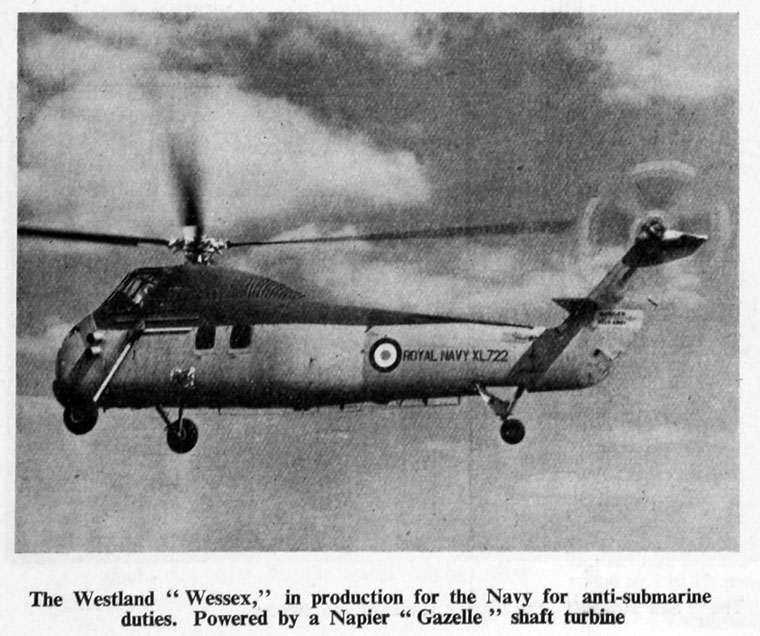 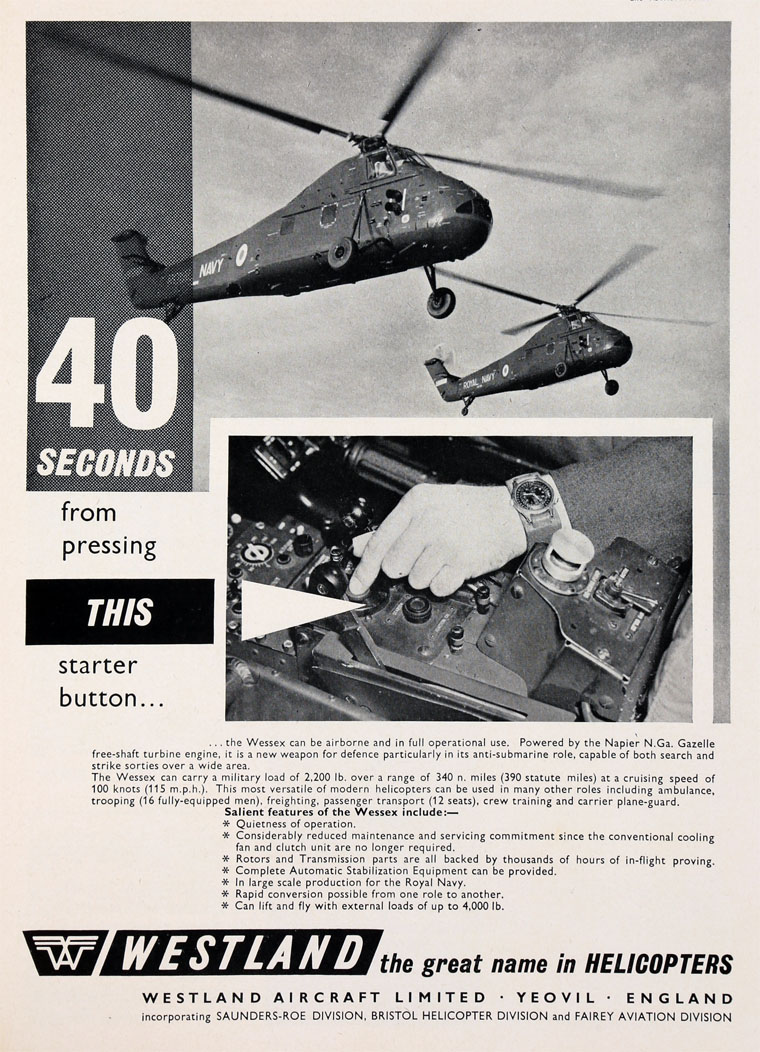 Note: This is a sub-section of Westland Aircraft.

The Westland Wessex is a British-built turbine-powered development of the Sikorsky H-34, it was developed and produced under license by Westland Aircraft (later Westland Helicopters). One of the main changes from Sikorsky's H-34 was the replacement of the piston-engine powerplant with a turboshaft engine; the Wessex was the first helicopter in the world to be produced in large numbers that made use of a gas turbine propulsion system. Early models were powered by a single Napier Gazelle engine, later builds used a pair of Rolls-Royce Gnome engines.