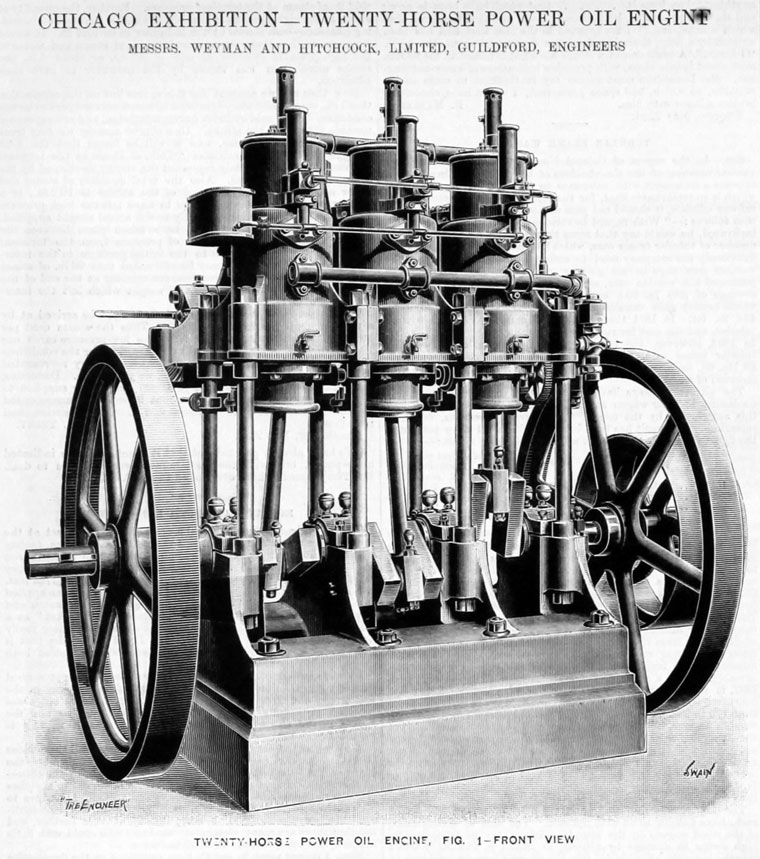 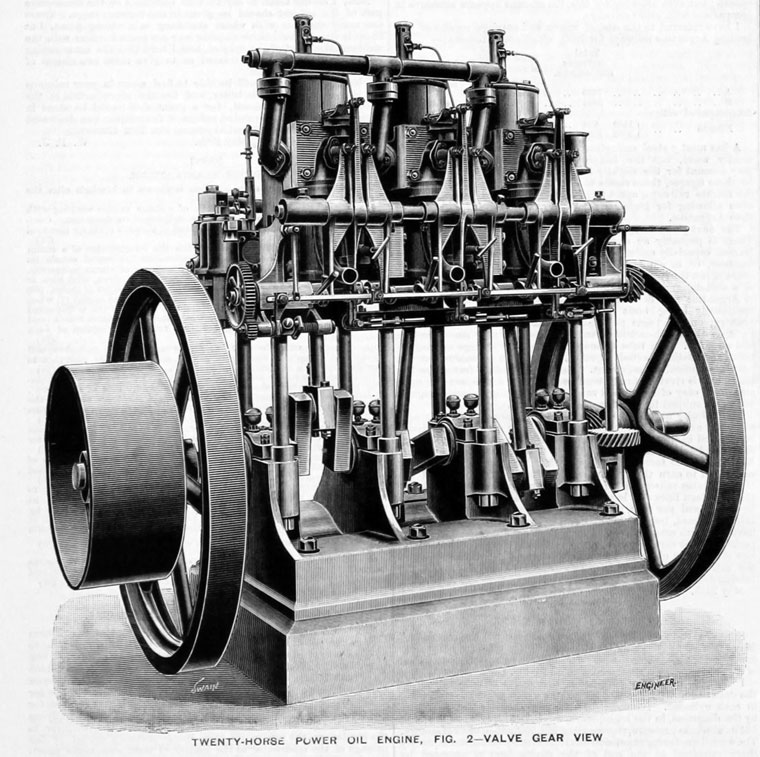 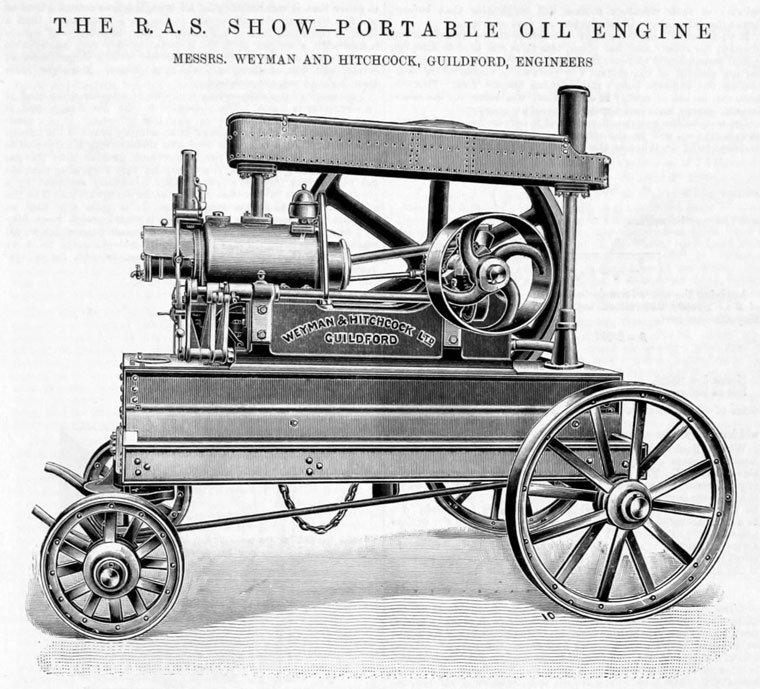 Weyman and Hitchcock of Guildford and Cheltenham.

1894 June. Took part in the Royal Agricultural Society’s Competitive Trial of Oil Engines. 5 bhp to Knight and Weyman's patent, 6 bhp to same patent but built by Clayton and Shuttleworth and 'Trusty' engine. Article in ‘The Engineer’.

1895 Production of i/c engines was transferred from Guildford to Cheltenham.

1899 A new company was registered on 4 January, as the Trusty Engine Works, to acquire the business of oil and gas engine manufacturers of Weyman and Hitchcock. [1]